Kumartuli to show its modern face

The idea was taken to the artisans a fortnight ago by Sabyasachi Chatterjee, who runs a creative agency called Creocraft 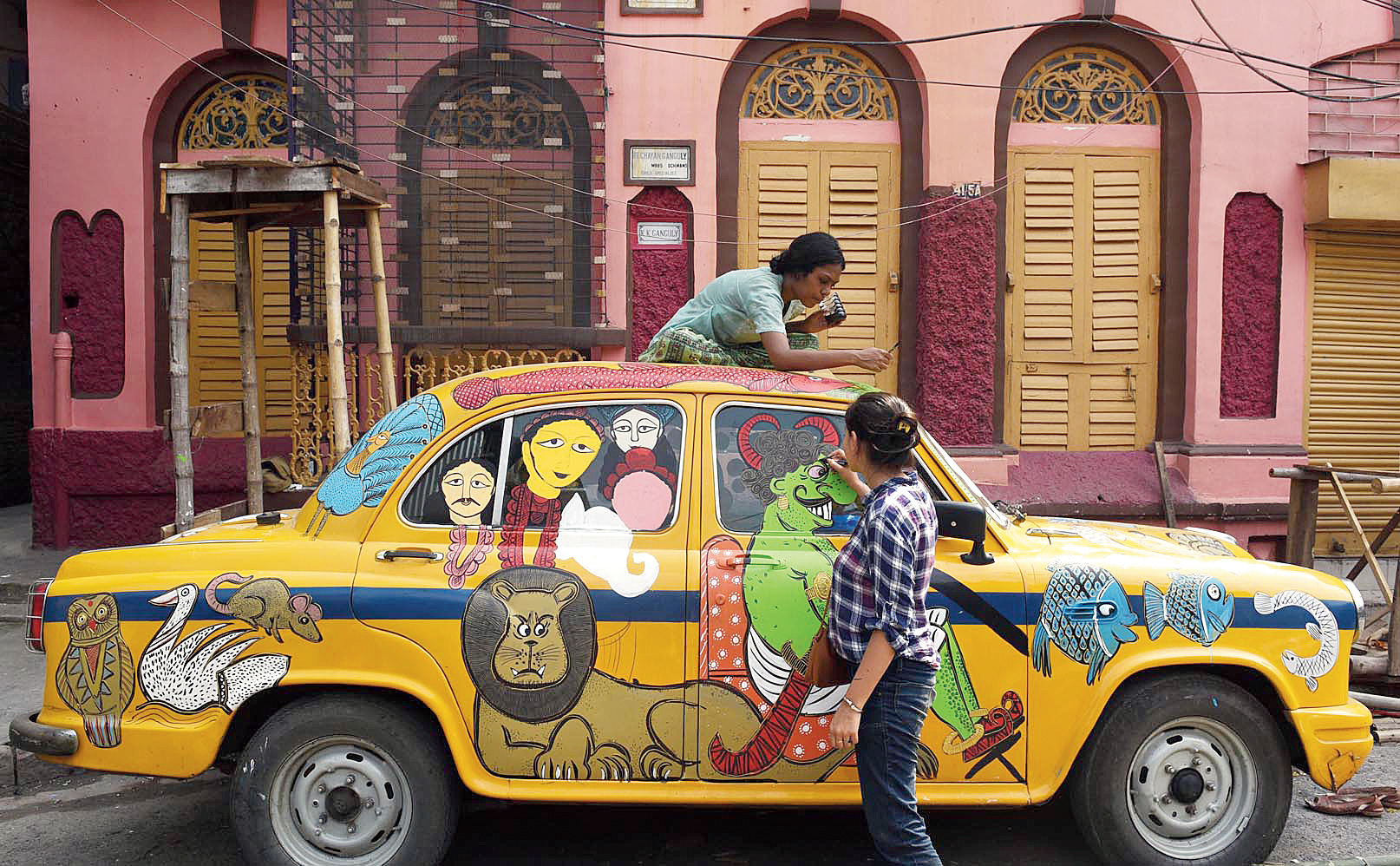 A part of Kumartuli will wear a transformed look on the occasion of World Art Day and Poila Boisakh. A two-day carnival, named Rong Matir Pnachali, will take place at the artisans’ hub on April 14 and 15.

Three major lanes will be flanked by installations. Some will be in open air while others will be displayed inside studios. An uneven patch of multiple colours will run from the gate along the ground, thus guiding the visitors along the exhibition trail.

The palette the patch will follow will be reflected in the fresh coat of paint that some adjacent two-storeyed houses have got, lending a vibrant air to a background dominated by the dull colours of clay, wood, bamboo and tin.

The idea was taken to the artisans a fortnight ago by Sabyasachi Chatterjee, who runs a creative agency called Creocraft. “They welcomed the suggestion and formed an umbrella body named Kumartuli Art Forum, uniting the three unions they have, to organise the event,” said Chatterjee.

“This is delivery time for Annapurna puja orders as well as time to sell Ganesh-Lakshmi idols for pujas that people perform on Poila Baisakh. So it is not that we were sitting idle. But it is an opportunity for us to showcase to the city that we can produce other forms of art too,” said Babu Pal, joint secretary of Kumartuli Mritshilpo Sanskritik Samiti.

Indeed what they are creating is way different from the work they produce round the year on order. Babu Pal’s contribution will be an 11ft bust of a goddess whose third eye is looming over the forehead while cornstalks grow in abundance from the cavity of her head. 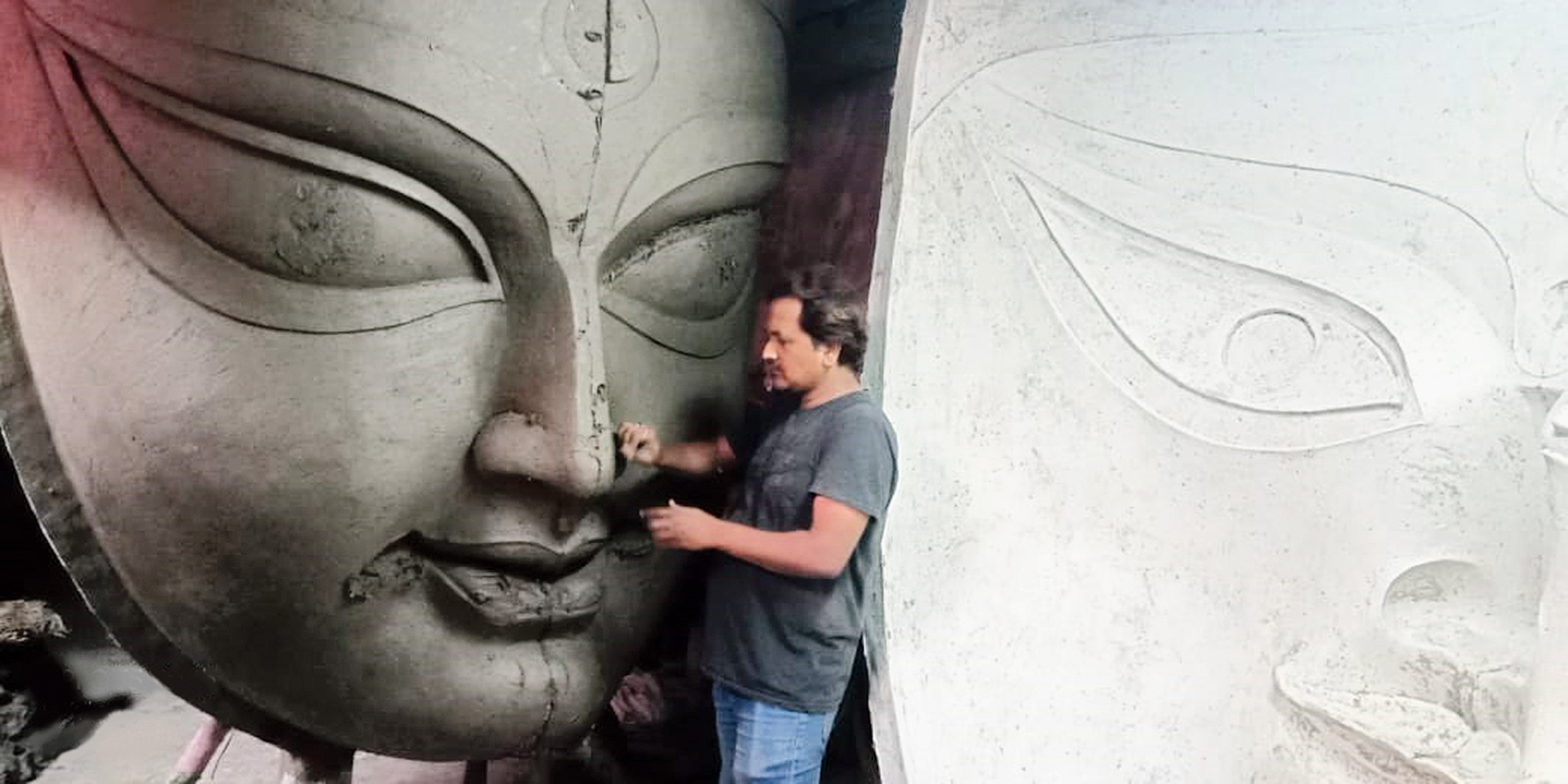 Parimal Pal, one of the participating Kumartuli artistes, works on a gigantic face of a goddess freshly cast out of a die.
Sudeshna Banerjee 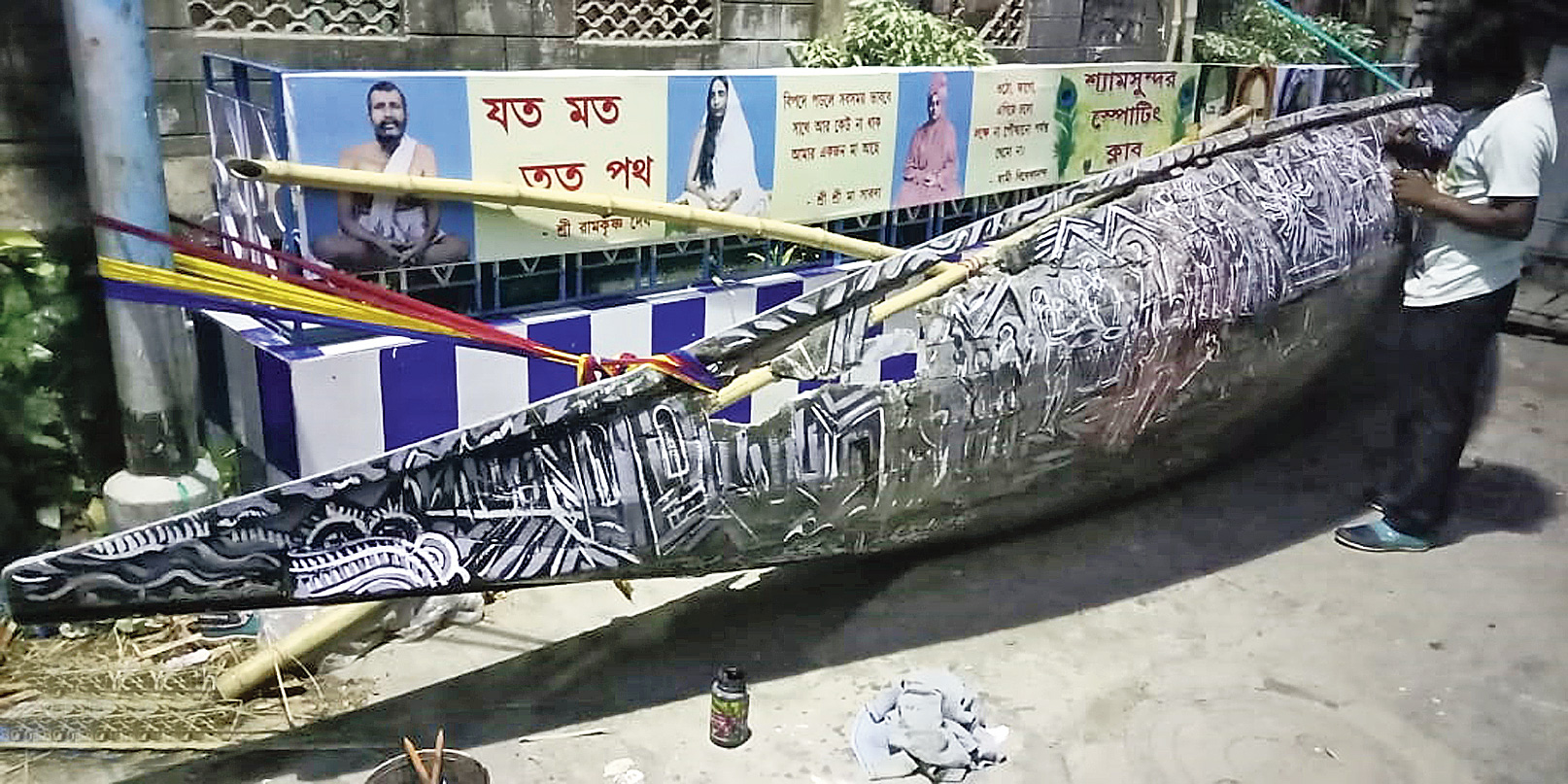 A boat being painted with various motifs that will be part of Subal Pal’s exhibits.
Sudeshna Banerjee

Parimal Pal, who holds a master’s degree in wood and leather design from the Government College of Art and Craft, is working on a huge face of a goddess standing by a die it has been cast from.

“The eyes of the die will be hollow and the sculpture will include a boy looking through it,” he said.

Subal Pal is creating an installation out of a boat with painted motifs and coloured straw.

“That is how Uma’s journey home starts. The backdrop will be the open door of an artisan’s studio,” smiles the artiste who crafted the Hatibagan Nabin Pally idol last year.

“We will change the ambience of the place,” smiled well-known Durga puja theme-maker Sushanta Pal, who is one of the mentors collaborating with the Kumartuli artisans to put the show together.

Pictures have been taken of various corners of the hub and of various activities. For instance, we have printed a picture on flex of hired hands and a studio owner sleeping side by side on the floor of the studio. “This is a common sight here in the afternoon. Such flexes will cover places we want to keep out of sight as well as reinforce in art what is ignored as a slice of daily life,” he said.

Five short films have been made. One is on the fibre glass statues dotting the city that mostly originate in Kumartuli.

“They have been filmed and will be projected on actual dies from which such statues are cast,” Chatterjee said. There will be another film on the making of the Bagbazar puja idol.

Partha Dasgupta, another of the mentors for the project, has sourced old pictures of Kumartuli from Tapan Pal, a local artisan. They will be exhibited inside a studio along with a brief history of the hub.

Kumartuli last saw an exhibition in 2000 when the ticketed event drew huge crowds. “But this is the first time the modern is blending with the traditional,” the organisers said. 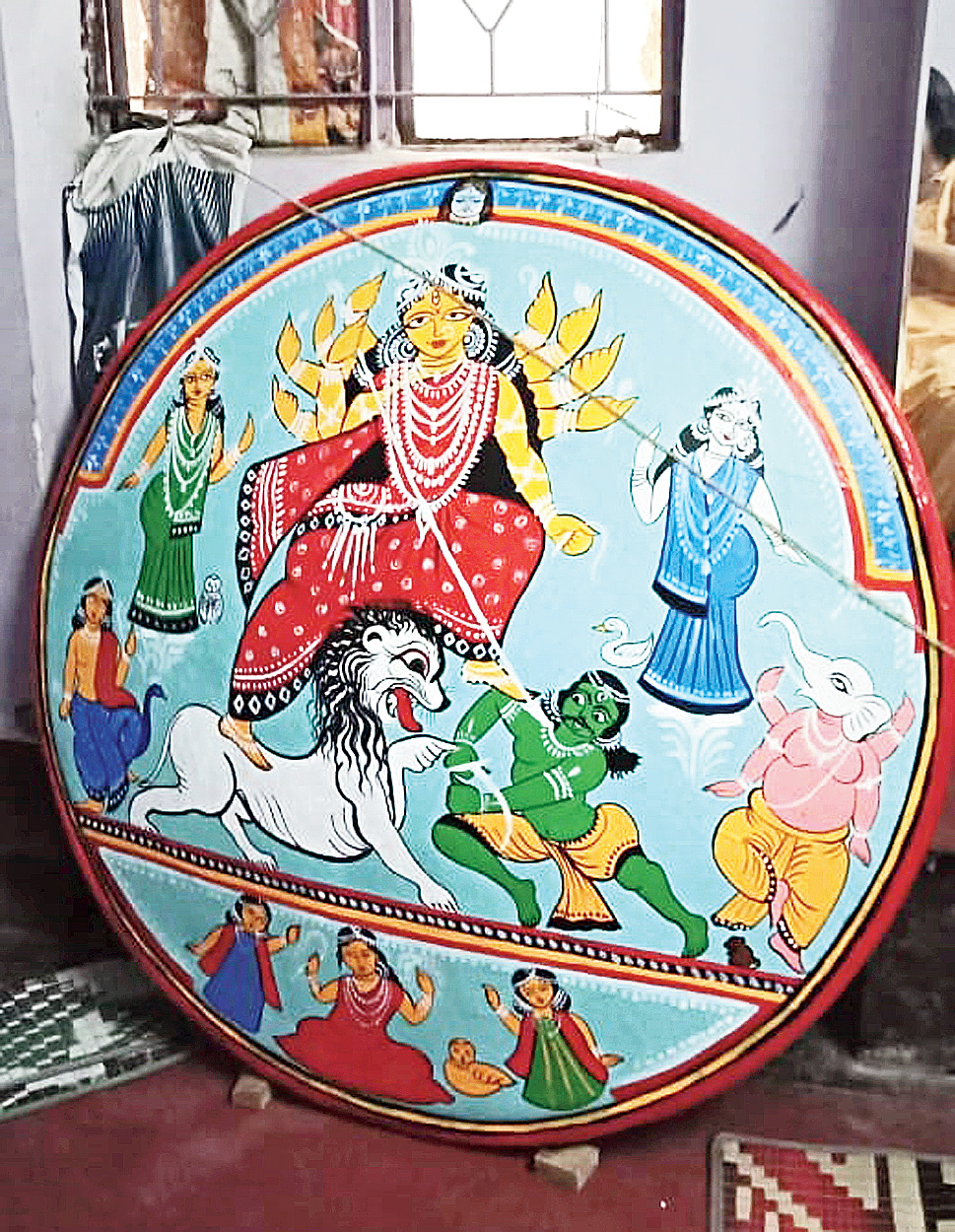