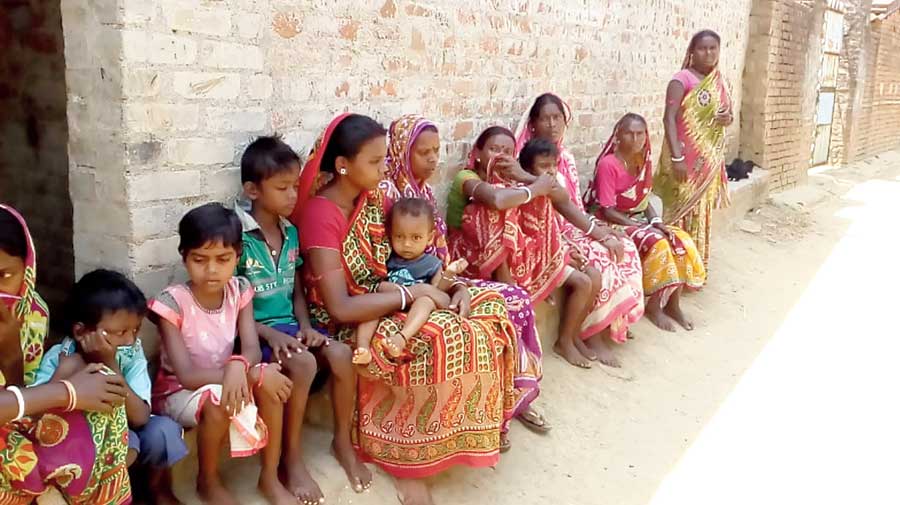 Family members of migrant workers from Bengal who died in a road accident in Uttar Pradesh on their way home in May amid the lockdown, have lost hope of getting Rs 2 lakh each as relief from the Narendra Modi government after the Centre on Monday announced in Parliament that no data on migrant worker deaths were available.

Asked by MPs if any compensation had been given to the families of migrant workers who had died during the lockdown, Union minister of state for labour and employment Santosh Gangwar told Parliament on Monday the question did not arise because no data of people dying on the way were kept.

Five migrant workers from Bengal, including four from Purulia, were among the 25 homebound persons killed when a trailer and a truck collided at Auraiya in Uttar Pradesh on May 16. The four migrant labourers from Purulia were Chandan Rajwar, 24, Milan Badyakar, 20, Ajit Mahato, 48, and Ganesh Rajwar, 22. Akbar Ali, 22, a resident of Rampur village under Hemtabad block of North Dinajpur, was also killed in the accident.

“We are very poor and my son Milan was the sole bread earner of our family. I have to bear the pain of losing my son. The compensation of Rs 2 lakh from the Prime Minister would have helped us immensely, but after what the Centre has said in Parliament we have no hope of getting it,” seconded Amrit Badyakar.

Bereaved family members referred to a tweet by the official Twitter handle of the Prime Minister’s Office on May 16 where the assurance of compensation of Rs 2 lakh each had been made to the families of those killed in the accident.

“An ex-gratia of Rs 2 lakh each for the next of kin of those who lost their lives due to the unfortunate accident in Auraiya, UP has been approved from the PM’s National Relief Fund. Rs 50,000 each for the injured has also been approved,” PMO India had tweeted on May 16 evening.

The Bengal government had provided Rs 2 lakh each to the family members of the deceased. The UP government  also gave the same amount as compensation. But the assured compensation from the Centre did not reach the families.

He, however, complained that they were yet to get death certificate and other relevant documents regarding Chandan’s death from the Uttar Pradesh government.

Despite the government denying having any data, a research organisation — Stranded Workers Action Network (SWAN) — on Tuesday said 972 deaths had been counted among migrant workers till July 4 during the course of the various lockdowns.