Kashmiri students in a limbo on Bangla visas 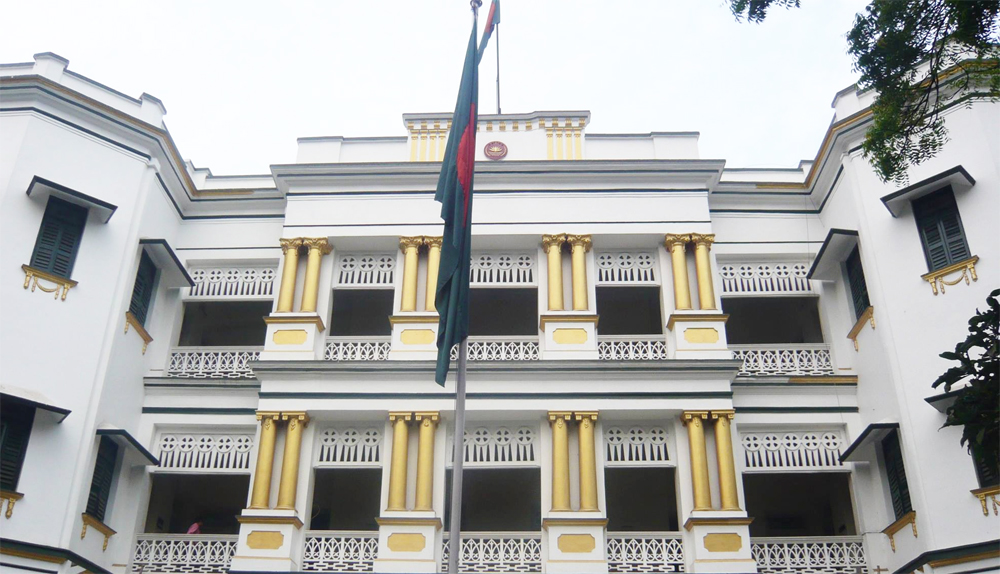 Kashmiri girl Zeenat Shakeel has felt “discriminated against in India” all her young life. Now, cooped up in a small Calcutta hotel for more than three weeks, the would-be doctor wonders if she is facing “discrimination even by Bangladesh”.

Rubena Assadullah, Birjees Habib and Zeenat, three Kashmiri women in their early twenties, have been in the city since December 20, waiting for visas to travel to Dhaka and start classes at the Sirajul Islam Medical College and Hospital, a private medical school where they have enrolled.

Neither have the long overdue visas arrived, nor any updates from the Bangladesh deputy high commission, located less than 100 metres from their central Calcutta hotel.

A senior official of a company that offers consultancy to those seeking overseas education said the Bangladesh high commission in Delhi had stopped issuing visas to applicants from the Valley since December 20 although it had made no official announcement.

While Bangladesh foreign ministry sources have not confirmed any such decision, Kashmiri students have been running across the country --– to the deputy high commissions in Guwahati, Agartala and Calcutta --– to seek remedies.

“Many students from the other north Indian states have got visas from Guwahati or Agartala, but the visa applications of the Kashmiri students haven’t been entertained. Isn’t it discrimination?” asked an official from another education consultancy firm, echoing Zeenat.

Rubena, Birjees and Zeenat, who had been expecting to receive their visas anytime around December 20, had travelled to Calcutta early lest the situation in Kashmir prevent travel outside after the visa arrived from Delhi. Someone they knew was to bring their visas to Calcutta and hand them over.

“We have been waiting in Calcutta since December 20. Students from the other Indian states have already got their visas, travelled to Bangladesh and started their classes, but we don’t know when we will get the green light,” Rubena, a Srinagar resident, said sitting in her 10ftx10ft hotel room.

The trio said they were among at least 350 young men and women from Kashmir who had secured admission to various medical colleges in Bangladesh and were waiting for their visas. All of them had already paid around $20,000 in fees for the first semester MBBS programme.

One of the consultancy company executives said that Kashmiri students, especially aspiring doctors, preferred to study in Bangladesh as the course fees and the cost of living were relatively low there and the medical curriculum was similar to India’s.

Also, they did not expect to face any bias in Bangladesh, which has made their current ordeal that much more dismaying.

The trio are particularly jittery as they already have the experience of losing academic years to the uncertainty in the Valley.

“The situation is not conducive back home; that’s why we want to study elsewhere. But now there is this fresh uncertainty,” said Birjees, who has since childhood dreamt of studying medicine, mindful that Kashmir needs more doctors.

All the three women said they had taken the National Eligibility-cum-Entrance Test (NEET), the all-India medical undergraduate entrance exam. They had met the cut-offs for admission to several private medical colleges in India, but the fees had been a barrier.

Medical hopefuls elsewhere may sit the NEET multiple times, hoping to earn better marks and make it to the more affordable government-run institutes, but Kashmiri students cannot afford the luxury of multiple attempts. The trio recalled how last year’s NEET was held amid a shutdown in the Valley, and travelling to the exam centre had been a challenge.

The conversation inevitably turned to the current situation in the Valley.

“We always thought we were Indians, but it’s also true that we felt discriminated against in India,” Zeenat said, referring to Kashmiris’ sufferings under the lockdown imposed since August 5, when the special status was revoked.

“Now it seems there is discrimination against Kashmiris even in Bangladesh. What’s our fault?” she said as her father Shakeel Ahmed, a government employee, listened.

A senior official in the Bangladesh deputy high commission said that visa application centres had region-wise jurisdiction and that students from Kashmir should apply only with the high commission in Delhi.

Told the trio had done so and asked why their visa applications were taking so long to process, he said: “I can tell you only on Monday after our office reopens.”

A source in the Bangladesh foreign ministry said the authorities were waiting for the list of students eligible for visas.

He said the list would be drawn up after checking the “equivalence” of the applicants’ academic achievements against those of Bangladeshi applicants. (The equivalence is determined on the basis of the candidates’ Class X and Class XII results and their scores in the NEET, which the trio had cracked.)

Dissatisfied with this argument, the trio have been asking how the students from other parts of India had got their visas, then.

“We are tired of waiting. We were eager to start a new life in Bangladesh, where we could pursue our education without disruption. But look, we are stuck here,” Birjees said.

Returning to Kashmir and waiting for the visa is a no-no, since keeping in touch with the rest of the world and buying air tickets at short notice may not be possible in the Valley in the coming weeks.

“So, we have no option other than wait here,” Birjees said.

The three of them have already taken in almost all the tourist attractions in Calcutta.