Around 1,000 KPP supporters and some central leaders of the party took out a rally in Jalpaiguri and Alipurduar 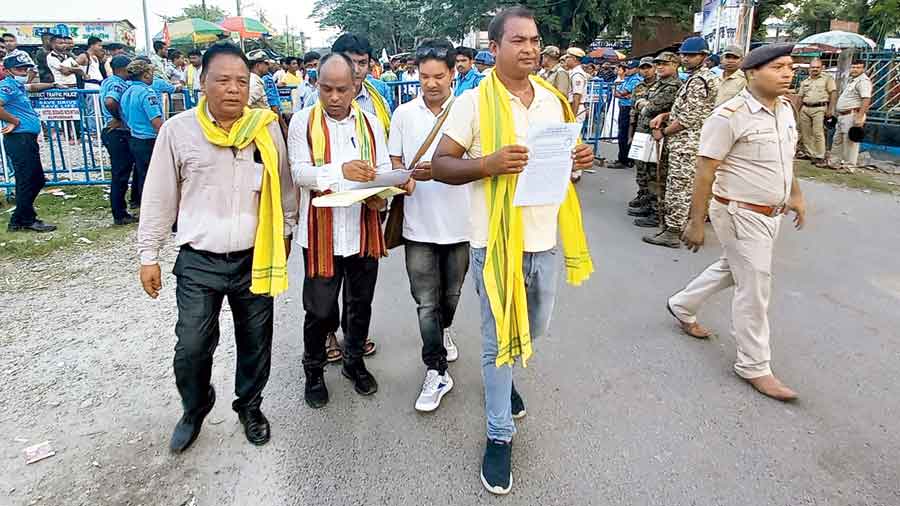 The Kamtapur Progressive Party (KPP), a political party with considerable clout among the Rajbanshi population of north Bengal, again raised the call for statehood through rallies and memorandums in Alipurduar and Jalpaiguri towns on Tuesday, some 10 days ahead of chief minister Mamata Banerjee’s proposed trip to north Bengal.

Around 1,000 KPP supporters and some central leaders of the party took out a rally in Jalpaiguri. They reached in front of the office of the divisional commissioner at Collectorate Avenue of the town and submitted a memorandum to him.

“We want Kamtapur state and inclusion of Kamtapuri (a variant of Rajbanshi) language in the eighth schedule of the Indian Constitution. Owing to our consistent movements, some of our demands have been met in the past but even so, north Bengal continues to remain deprived. The state and the Centre should sit together and come up with a solution on our principal demand for statehood,” said Amit Roy, the KPP president.

In Alipurduar, KPP supporters marched from a local club ground and reached Dooars Kanya, the district collectorate. A delegation walked to the district magistrate’s office and submitted a memorandum on the statehood demand.

Over the past few weeks, the old demand for “separate statehood” has gained ground both in the hills and plains. While some regional parties in the hills seek a halt in the elections to the Gorkhaland Territorial Administration and want their permanent political solution instead, parties like the two factions of KPP — Kamtapur Progressive Party and Kamtapur Peoples’ Party (United) — have renewed their political activities.

Added to these are the “sporadic” assertions of some BJP leaders elected from the region for the need of a separate north Bengal state.

According to sources, chief minister Mamata Banerjee will attend a party workers’ meeting in Alipurduar town and a tribal mass marriage on the grounds of a tea estate of the district next week.

Her party Trinamul is principally against any further division of Bengal.

Umesh Kumar Roy, the general secretary of KPP, said their activities on Tuesday had no link with Mamata’s itinerary. “We have nothing to do with Trinamul or BJP but only want our longstanding demand to be met,” he said.