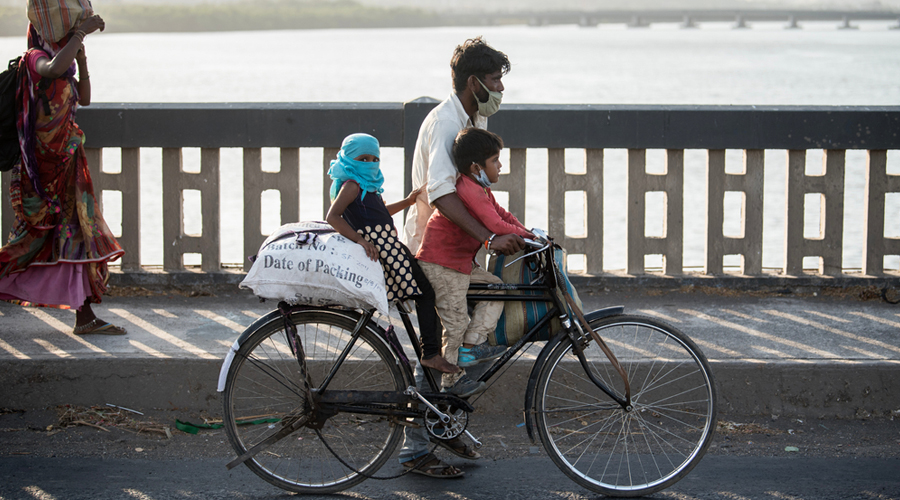 Many of the migrant workers informed that they could not go back to their workplaces because operations at those places had come to a halt.
Shutterstock
Pranesh Sarkar   |   Calcutta   |   Published 28.01.21, 02:54 AM

As the figure was about 2 lakh till mid-July, a senior government official said the data suggested that more than 4 lakh out of 15 lakh migrant workers, who had returned from their workplaces in different states during the lockdown, did not go back even after the lockdown norms were relaxed.

Sources said district authorities had recently sent reports to Nabanna that many of the migrant workers informed the officials that they could not go back to their workplaces because operations at those places had come to a halt.

The recent report that 3.81 lakh migrant workers were issued new job cards since April last year also suggests that a significant number of workers don’t see any hope of getting back to their work places in near future.

“Many of the migrant workers had enlisted their names in their existing family job cards. But issuing 3.81 lakh new job cards to migrant workers means the problem is deeper. These people did not have any job card in the name of their families. As they applied for new job cards, it is assumed that they found no hope in near future in their workplaces,” said an official.

The reports drawn up on applications received through the Duare Sarkar camps pointed out that 11.18 lakh people applied for job cards under the 100 days’ work scheme.

Senior government officials said the chief minister had realised the need to lay stress on 100 days’ work scheme to meet the demand of work since May last year.

“That is why the state could generate more than 36 crore man-days since April last year, which is the highest in the country. It is also important to note that 1.1 crore were given jobs under the scheme during the period,” said a source.