Jessore Road to be widened

Several stretches of Jessore Road will be widened in an attempt to decongest the artery near the airport, officers in the Bidhannagar commissionerate said on Thursday. 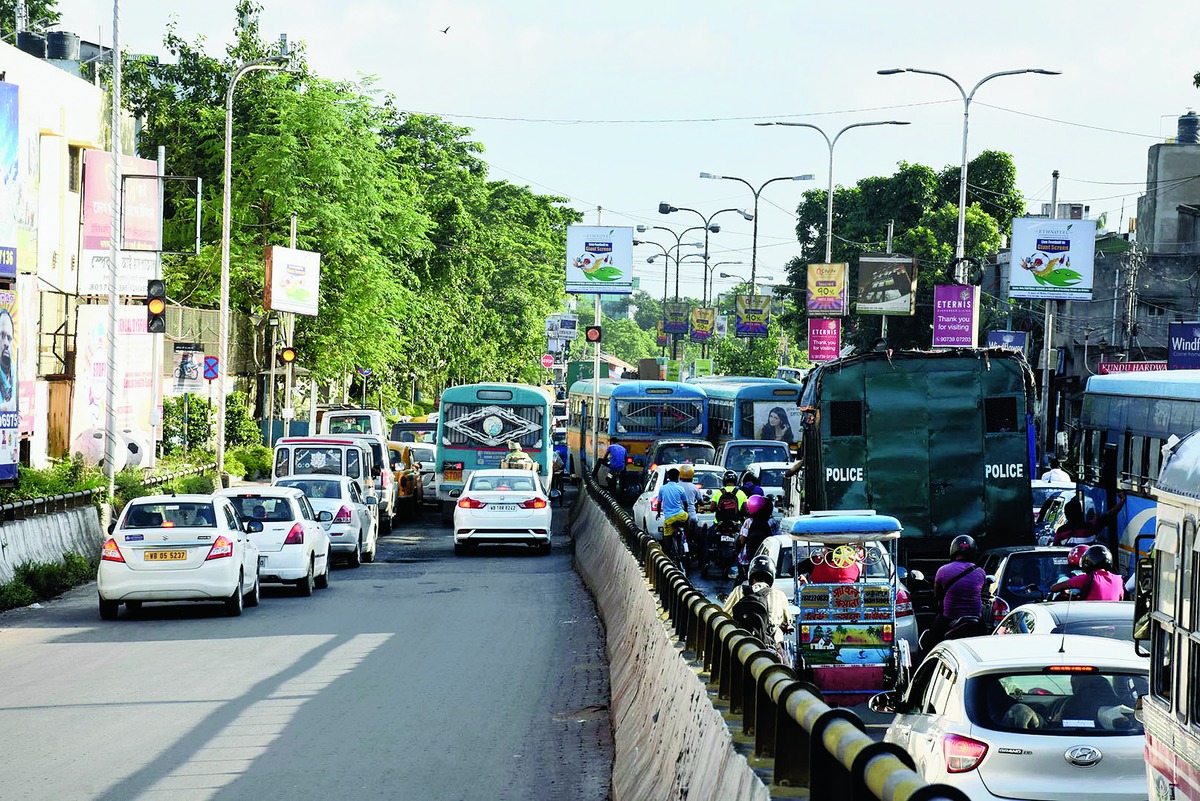 Dum Dum: Several stretches of Jessore Road will be widened in an attempt to decongest the artery near the airport, officers in the Bidhannagar commissionerate said on Thursday.

A team comprising representatives of the public works department and police inspected the road near the airport on Thursday.

Traffic snarls around the airport, especially near gate No. 2.5, have long been a problem for commuters on their way to the northern fringes such as Birati or Madhyamgram, or to the city.

Metro gives a low-down on the steps the police will take to reduce snarls.

The traffic department of the commissionerate has asked the PWD to widen Jessore Road near the airport's gate No. 3. The cops want an extra lane on each flanks of the road.

Now, vehicles from Belghoria Expressway jostle with buses and trucks coming from the direction of Madhyamgram after descending on Jessore Road from the flyover. Snarls at the base of the flyover are a daily occurrence.

Commuters headed for the expressway get stuck near gate No. 3, where vehicles coming out of gate No. 2.5 hit Jessore Road.

Gate No. 2.5 will be widened by at least 5m. Now vehicles driving towards Belghoria, Birati or Madhyamgram get stuck at the T-junction at the gate. VIP Road-bound vehicles, too, use the gate to cut down the travel time.

The 500m stretch between VIP Road and gate No. 2.5 handles heavy traffic throughout the day and it often takes 20-25 minutes to cover the distance.

"Work on widening the gate will start soon. We have a two-way carriageway ready beside the existing slip road. Once the gate is widened, we will throw open the road," Javalgi said.

A portion of the divider near gate No. 3 will be cut so that Belghoria Expressway-bound vehicles from Barasat, Birati or Madhyamgram can take a U-turn.

Now, such vehicles have to travel till gate number 2.5 to take the U-turn.