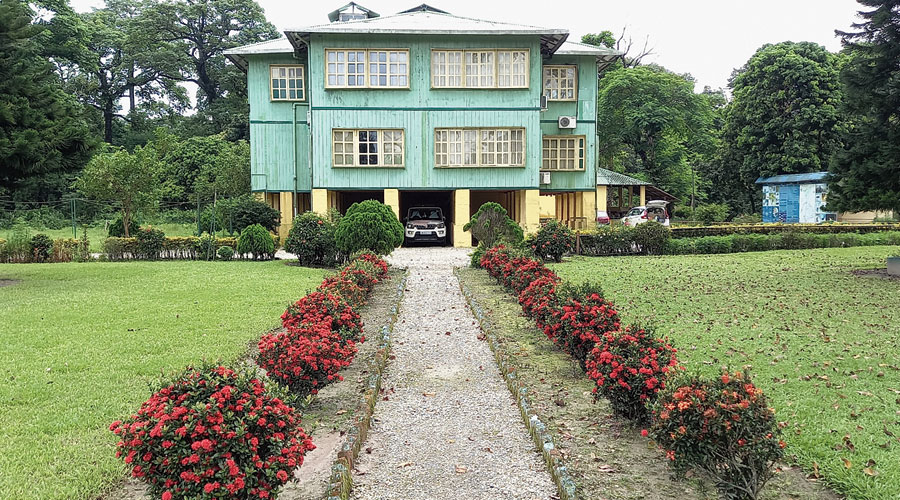 A bungalow of the state forest department at Holong in the Jaldpara National Park.
File picture
Anirban Choudhury   |   Alipurduar   |   Published 14.08.20, 02:27 AM

A study by forest departments of three states about visitors in three prominent wildlife destinations revealed that though Jaldapara National Park in Alipurduar, Bengal’s largest habitat of one-horned rhinos, is smaller than Kaziranga National Park in Assam and the Corbett Tiger Reserve in Uttarakhand, its footfall is more or less the same as Kaziranga’s.

The footfall per square kilometre is also the highest in Jaldapara compared to the other two reserves.

Bengal’s forest department sources said that in the 2017-2018 fiscal, 1.77 lakh tourists visited the 216sqkm Jaldapara park. “The number of visitors who went to Jaldapara in 2017-18 was around the same as that of Kaziranga, a larger rhino habitat spread over 859sqkm,” said a senior forester.

Seen as one of the few remaining grassland ecosystems of the country, the Jaldapara park in Bengal has been thriving since the mid-1980s. In 1985, there were 14 one-horned rhinos in Jaldapara. In 2019, there were 237.

“This success has led to a surge in visitors in Jaldapara,” Animesh Bose, a wildlife conservationist based in Siliguri. “But comparative figures (of Corbett and Kaziranga) indicate the pressure of visitors in Jaldapara, and alternative habitats for rhinos and other wild animals must come up.”

Senior forest officials said there were plans to promote more wildlife destinations in the region. The rhino population is going up in Gorumara National Park in Jalpaiguri and a third rhino habitat has been planned at Patlakhawa in Cooch Behar, foresters said.

“We plan to introduce tigers in Buxa Tiger Reserve. The Bengal Safari near Siliguri has become popular. The idea is to ensure that the pressure of visitors does not mount in Jaldapara,” said Kumar Vimal, the Jaldapara DFO.