Jagdeep Dhankhar to be at Jadavpur University meet 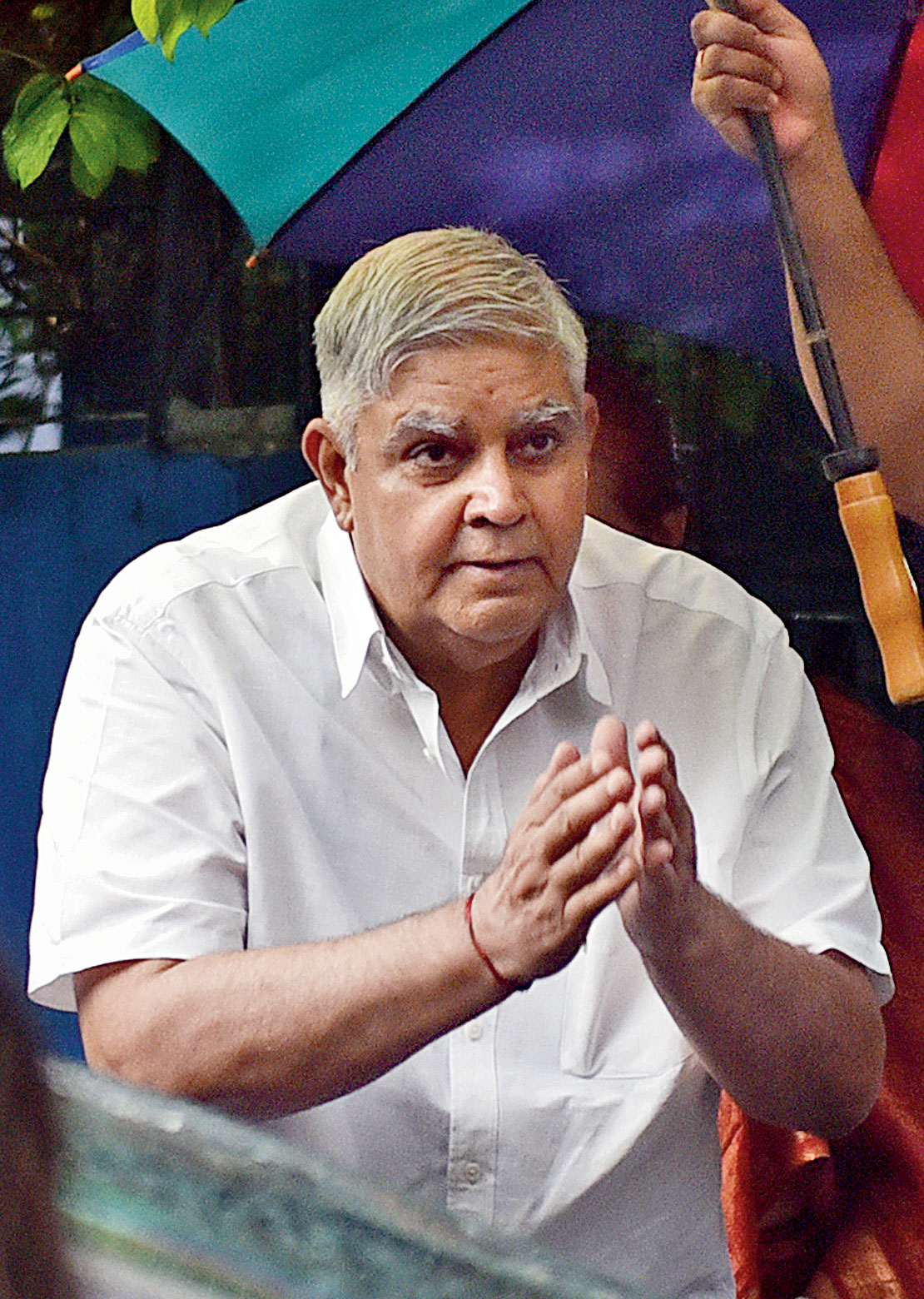 Governor Jagdeep Dhankhar, the Jadavpur University chancellor, has sought to be part of the meeting that will finally approve the names of DLitt and DSc recipients at this year’s convocation, due on December 24.

The executive council, the university’s highest decision- making body, met on Monday and recommended the names of poet Sankha Ghosh and former foreign secretary Salman Haider for DLitt and that of scientist C.N.R. Rao and ISI Calcutta director Sanghamitra Bandyopadhyay for DSc.

But the names of the recipients will be finalised only after chancellor Dhankhar approves the names in a meeting of the court due in late October, said a university official.

The chancellor, in his capacity as the chairman of the court, presides over meetings of the panel.

At JU, the convention is once the names are recommended by the executive council, they are placed before the court for ratification, which is a mere formality.

Asked about the visit of the chancellor, Das declined to comment.

Only the chancellor, vice-chancellor and the administrative bodies of a university have the right to run its day-to-day affairs and “no one else”, governor Jagdeep Dhankhar had said in Siliguri on September 24.

The assertion by the governor on who could run a university’s day-to-day affairs made many academics wonder whether it could amount to “overreach”.

At JU on Monday, an executive council member wondered what if the chancellor disapproved any of the names that had been recommended to the court. “Given his proactive approach, anything is possible,” he said.

If the chancellor sticks to his word, this would be his second visit to the campus since September 19 when he had gone to the university to rescue Union minister Babul Supriyo, who had been detained by Left leaning student leaders.

Another university official said, when Das had gone to meet Dhankhar on September 17 to invite him for the convocation, he told the VC that he would go to the varsity to attend the court meeting.

He said the university wouldn’t have worried over the chancellor’s visit if the September 19 incident hadn’t happened.

“On that day the students had squatted before his car that had Supriyo in it. The chancellor’s car was detained for over an hour,” said the official.

The chancellor later said he had gone to JU to establish a connect with the students.

An executive council member said: “We are apprehending trouble during his visit. But the chancellor is well within his rights when he says that he would attend the court meeting. It is the university’s responsibility to ensure his safety”.

The executive council also recommended that C. N. R Rao would be the chief guest at the convocation. Chancellor Dhankhar would also come to the campus on the day of convocation to preside over the programme.