From Monday, the train started the trips between Haldibari and Sealdah 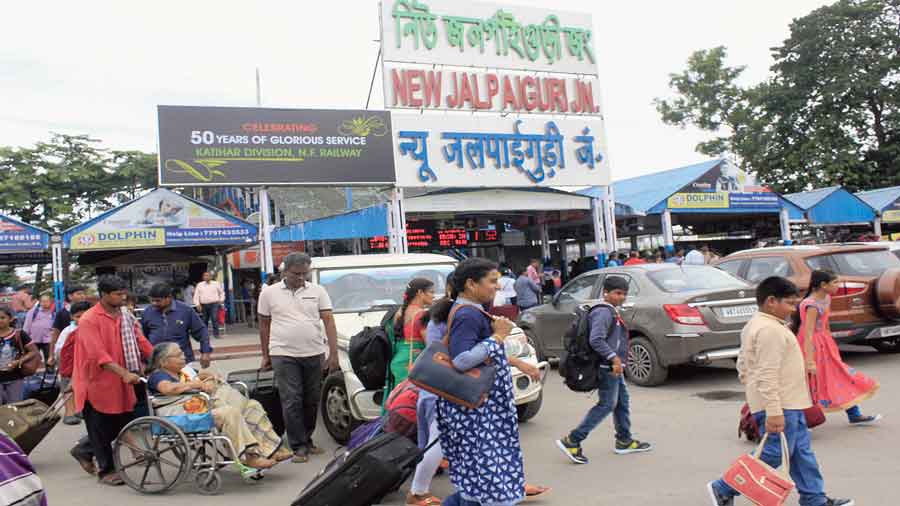 The railways’ decision to extend the route of Darjeeling Mail to Haldibari from August 15 has triggered protests from various corners of Siliguri because of an apprehension that the move will be a blow to the importance of the New Jalpaiguri station which was the originating and terminal point of the service.

From Monday, the train started the trips between Haldibari and Sealdah. Haldibari — located in Cooch Behar district and close to the India-Bangladesh border — is around 70km from here. Darjeeling Mail started its service in 1878.A number of organisations, including the Siliguri Municipal Corporation, expressed resentment over the extension of the train’s route to Haldibari and demanded that the order be revoked.

“Darjeeling Mail is the pride of Darjeeling district and north Bengal as a whole. People have strong sentiments with the train. We strongly oppose the extension of the service from NJP to Haldibari,” Siliguri deputy mayor Ranjan Sarkar said. Sarkar sent a letter to railway minister Ashwini Vaishnaw on Saturday, requesting that the order (of extending the route) be withdrawn.

“Keeping in mind the sentiments of the residents of Darjeeling district, we hope the railways will change its decision. If our demand is not met, we will resort to a mass movement,” Sarkar said.Traders in and around Siliguri are apprehensive that the decision will reduce the importance of NJP, the second major railway junction in northeast India after Guwahati.Debabrata Saha, the secretary of the Siliguri Bidhan Market Byabsayee Samiti, said the routes of a number of other trains which used to originate from and terminate at NJP had been extended. They included Padatik Express, Mahananda Express and Kanchenjungha Express.

“We were eventually left only with Darjeeling Mail and its route has also been extended. There is a strong apprehension that such changes will reduce the importance of NJP,” said Saha, who represents a major trade body in the city.The traders submitted a memorandum to a senior railway official at NJP last week, demanding the withdrawal of the decision. “We are in touch with other trade bodies and different organisations. If required, we will hit the streets,” Saha said.Senior railway officials declined comments.