The digital parcel service would work for pre-paid parcels 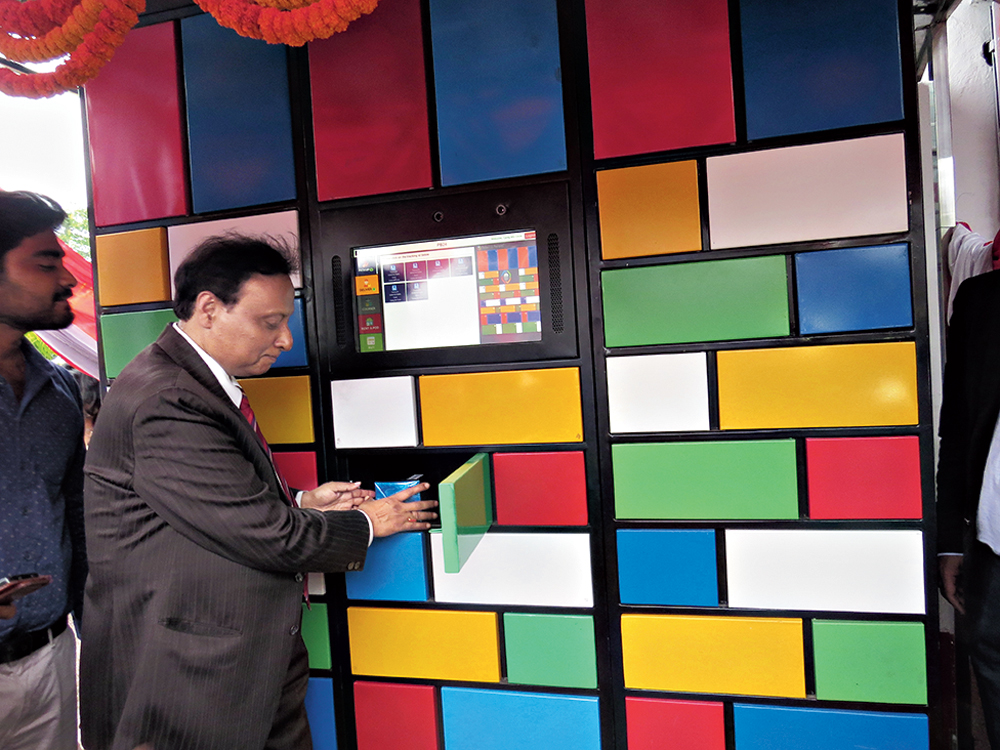 Do you face problems of couriered packages not being delivered at home as you are away at work? To put an end to postmen returning without being able to make a delivery, the department of post, West Bengal circle, has decided to harness technology.

For the first time in the country, a digital parcel locker service has been unveiled at two post offices — one in Sector V and the other in New Town.

“In these newly developing areas, most residents have nuclear families where both husband and wife work and there is no one to collect parcels at home. Yet more and more purchases are happening through e-commerce portals these days. The postman comes back, citing the reason as ‘door locked’. As per postal rules, after a failed attempt, the postman leaves a notification, asking the recipient to collect the parcel from the post office between 11am and 5pm. A working individual would have to take half a day’s leave to do that,” said Gautam Bhattacharya, chief post master general, West Bengal circle.

The digital parcel service would work for pre-paid parcels where the postman need not meet the recipient to collect the cash. “I have heard some housing complexes in Gurgaon have it. But it is a first in the Indian postal service,” he continued.

To avail of the service, while booking a delivery one has to put c/o Postmaster, Nabadiganta IT post office or c/o Postmaster, New Town Action Area 1 post office as one’s address. The parcel will be received by the post master concerned and put in the digital locker. The locker kiosks, called Podbanks, have been kept outside the post office building where they would be accessible round the clock.

“Once the date is uploaded on our server, with the receiver’s phone number, a tracking number is generated. When the delivery person deposits the parcel in the pod, the receiver gets a one-time password on his mobile. By typing this on the monitor, he can open the designated pod at any time to collect the parcel inside,” explained Aniriddha Gupte, CEO and founder of Podrones Logistics, which has set up the digital lockers. Each colourful locker has 50 pods of various sizes. “It is a modular structure so more can be added on demand.”

Bhattacharya pointed out that a similar service was existing for long at post offices. “People who changed address frequently would book a locker at a post office. The service was called poste restante, meaning ‘remaining post’ in French, in which the post office held the letter till the receiver came to ask for it.”

“Over a year and half, the department of posts has envisaged ways to improve service for parcel business. Our parcel volumes are growing day by day. In fact, we are handling more parcels than letters. E-commerce and online shopping are the best friends of the post all over the world and have led to a huge demand in last-mile delivery. In West Bengal, now all postmen carry mobile phones on which they take receivers’ signatures on delivery and update the information for the sender through the track and trace system. This has been fully implemented in the last six months,” added postmaster general, Calcutta, Amitabh Singh.

The pilot project at the two sites would be on for six months. Each parcel would be held for a week.

Debashis Sen, chairman of Nabadiganta Kolkata Development Authority (NKDA), was present at the inauguration of the service and lauded the initiative. “It is wonderful that the postal department is coming up with innovations, rising up to the needs of middle-class nuclear families,” he said.