P. Balaram was in the city to deliver a lecture at Jadavpur University on Thursday 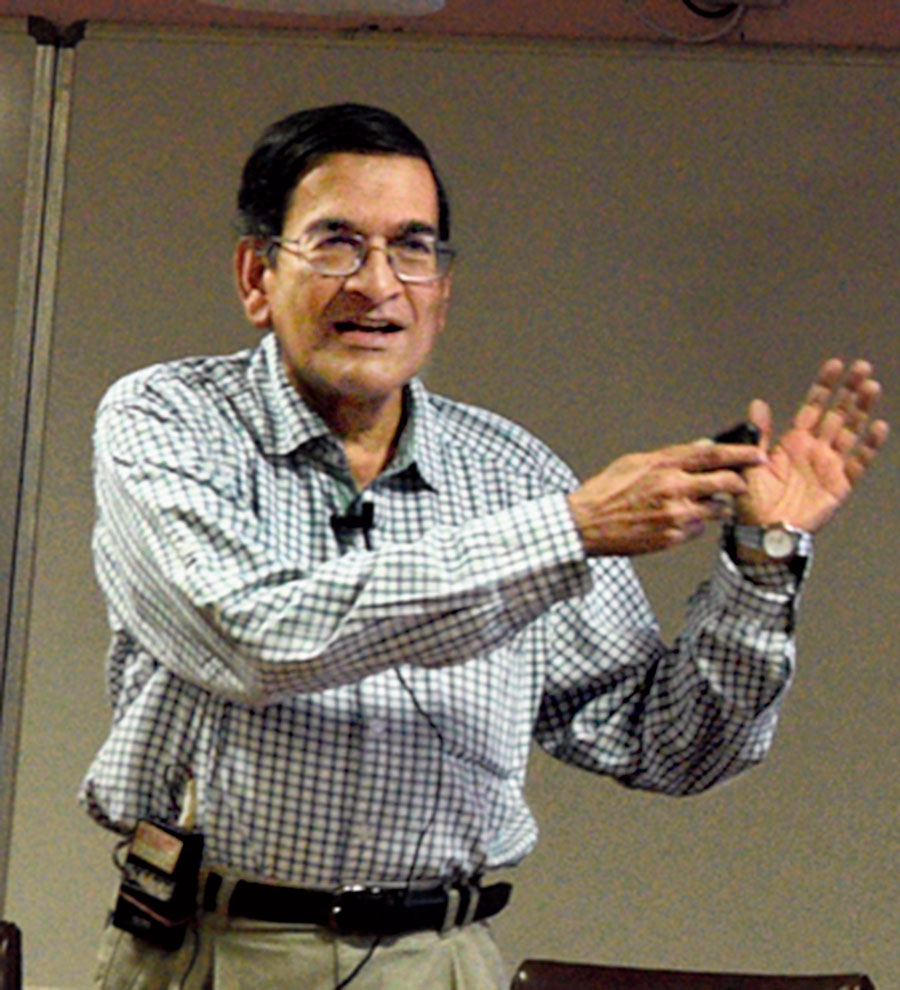 Science will not flourish in India unless there is freedom of thought, P. Balaram, a former director of the Indian Institute of Science, Bangalore, said in a lecture at Jadavpur University on Thursday.

“One of the things for any kind of original activity to flourish is that people should feel free to disagree with existing thought. Science itself works like that. Every advance of science has been possible because someone did not agree with what was in the literature at that time. It is not only true of science, it is true of arts and humanities as well,” Balaram said.

The lecture — titled “The Basic Tenets of Academic Philosophy and Freedom of Expression are Under Attack Today” — was organised by a joint platform of academics.

Balaram later told Metro: “This freedom of thought is missing in the country. On an average, you need a free environment in which you can question things, discuss things. If I don’t agree with him, who is the senior person, and there is an edict that I cannot disagree with him, nothing will ever emerge. Now, people are afraid of saying anything.”

Balaram, who edited the journal Current Science till June 2013, said in his lecture that irrational comments made by politicians, some of who go to the extent of saying that “astrology is above science”, saddened him.

Ramesh Pokhriyal Nishank, now human resource development minister, had made such a comment in the Lok Sabha in December 2014.

“As a parliamentarian (Nishank was not a minister then) he had made this comment: science is a dwarf in front of astrology. He went on to add that astrology is the biggest science. It is, in fact, above science. This is on record. He became education minister and the press said his comments should not enter the textbook. Hopefully they will not,” Balaram said in his lecture.

Balarm also referred to Uttarakhand chief minister Trivendra Singh Rawat’s statement in July last year that cow inhaled and exhaled oxygen. “All these are fundamentally wrong…. I don’t think really anybody believes these.... I don’t think people who make the statements believe them.”

D.K. Abrol, an adjunct professor at JNU, was another speaker. He praised students of JNU and Jamia Millia Islamia for keeping alive the culture of debate.

Sukanta Chaudhuri, emeritus professor at Jadavpur University, said in his address that it was heartening to see scientists stepping out and voicing their opinion on what was going on.