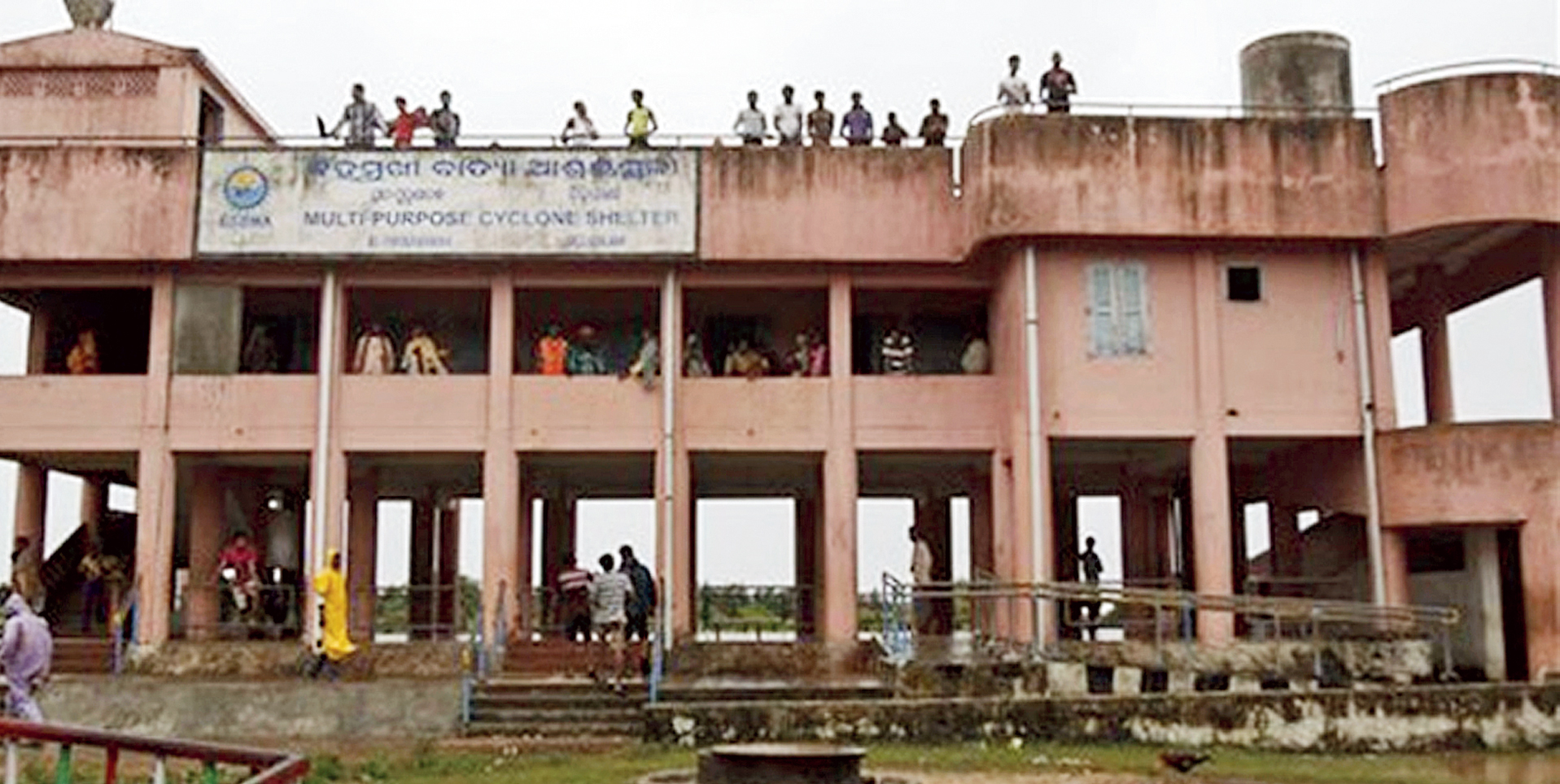 Two IIT Kharagpur professors who have designed the shelters that saved thousands of lives after Cyclone Fani hit Odisha last Friday said the lessons of the 1999 supercyclone were the trigger behind their project.

Sriman Kumar Bhattacharyya, professor of civil engineering department at the institute, and Gopal Chandra Mitra, a visiting professor at the department, took one-and-a-half years to design the project and built a prototype structure in 2004.

The structure was built with reinforced concrete and had open spaces between the pillars on the ground floor.

The project, funded by the Prime Minister’s relief, was taken up to prevent a recurrence of the 1999 tragedy, Bhattacharyya said. The supercyclone had claimed as many as 10,000 lives.

“The supercyclone that had ravaged Odisha was the trigger. The Odisha State Disaster Mitigation Authority, a wing of the state government, took up the project in association with the IIT. We are happy the facilities have succeeded in achieving what they were meant for,” Bhattacharyya, also deputy director of the institute, told Metro.

An engineer with the public works department of Odisha said about 600 such shelters had been built since 2004 to accommodate people during cyclones. Each shelter can accommodate 1,000 people.

Bhattacharyya explained why they kept the ground floor of the storm shelters open.

“If we had designed an entirely closed structure, it would have suffered immense stress after being buffeted by wind. So, we have kept a lot of open space on the ground floor for the wind to pass without facing any resistance,” Bhattacharyya said.

The shelter is housed on the first and second floors, which have some open space, too, to let air pass.

The buildings also have ramps for the benefit of disabled people.

Lunch being served at a cyclone shelter in Pakhar of Balasore district after Cyclone Fani made landfall in Odisha on Friday.
Picture courtesy: Narayan Chandra Pal

Why did Bhattacharyya and Mitra choose concrete?

“If we had gone for steel, the structures would have weakened from corrosion. It is always advisable to build concrete structures in a coastal belt,” Bhattacharyya said.

The shelters had saved lives earlier, too, when cyclones Phailin and Titli had hit the state in 2014 and 2018, respectively.

“Those storms were not as severe as Phani. We have got to know from Narayan Chandra Pal, a student of ours who is now a superintending engineer in Odisha PWD, that the shelters had helped prevent casualty on a large scale,” Bhattacharyya said.

Pal, who did his MTech and PhD in civil engineering from the IIT, said the shelters had come up in Balasore, Kendrapara, Puri and Jagatsinghpur, among other places.

“As the Met department had alerted us in advance about the storm, the government had moved people from the coastal belt to the shelters three days before Fani made landfall,” Pal said.

Asked about the building technique, Pal said pile foundation was chosen to support the structure because of the abundance of slush in the coastal areas. Pile foundation involves erecting slender columns of concrete or steel from six feet under the ground level.

“Another unique feature of the cyclone shelters is that they can be put to many uses. For instance, a school or a vegetable market can function from such a shelter,” Pal said.

Bhattacharyya said they would like to assess the structures to find out whether they had suffered any damage after enduring a cyclone that clocked 205kmph during landfall.

“The shelters have been designed to withstand storms that can gust up to 280kmph. But still we want to ascertain whether there is any damage,” said Bhattacharyya.

Mitra, who assisted Bhattacharyya, is a former engineer-in-chief and secretary to the Odisha government who looked after the IIT’s extension centre in Bhubaneswar till 2016.

IIT Kharagpur director Parthapratim Chakrabarti said the project had to overcome several hurdles, including audit objections. “IIT Kharagpur is proud to have implemented this project. May we get more such opportunities and have more selfless, capable people like Prof Mitra and Prof Bhattacharyya,” he said.