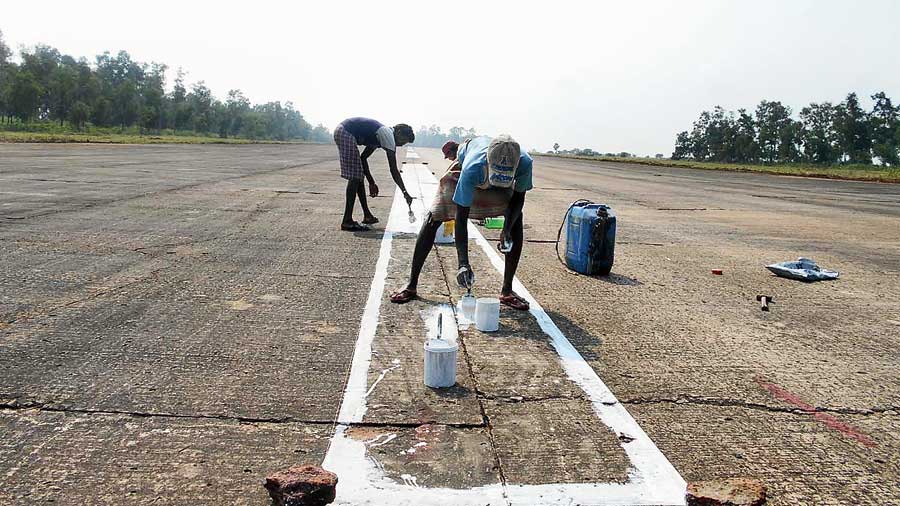 Simmering tension on the India-China border in Ladakh has brought into focus a World War-II airfield in Birbhum’s Surichua as the Indian Air Force wants to use it as a permanent base and is in a hurry to complete building a boundary wall around it for security reasons.

Sources have said the aerodrome is spread over 550 acres at Surichua village on the Birbhum-Jharkhand border.

A source in the defence ministry said the aerodrome, which is around 11km from Rampurhat town, is being considered strategic because it is located 611km away from the India-China border in Sikkim. The air base is monitored from the Panagarh Airbase, which is around 120km from Surichua.

IAF sources said the aerodrome had been lying abandoned since the end of World War II till the defence ministry decided to turn it into an auxiliary air base in 2013 because of its “strategic location and the availability of airstrips”. However, it is for the first time that the IAF plans to use it as a permanent air base.

In 2014, the IAF had conducted four trial landings of helicopters on two of the six Surichua airstrips that were fit for use then. The IAF had repaired the other four airstrips but since then, there had been no major activity. However, after the India-China standoff in the Galwan Valley in Ladakh in June, activities, including landing of aircraft, have increased at the aerodrome.

“The aerodrome has become an important point for us because of its strategic location and aerial proximity to the border in Sikkim. Building the boundary wall had been pending for a long time and we are in a hurry to finish the work for security reasons,” said an IAF officer.

IAF sources said after it was noticed in 2013, it took three years to make the airstrips ready for use. At least four of the six airstrips were damaged as stone-laden trucks used to travel over the airfield, using it as a short-cut to reach nearby areas.

A source said earlier one or two aircraft used to land in Surichua in a month but since June, the number of landing had increased to three every alternate day.

A team of IAF personnel met the Birbhum district magistrate Moumita Godara Basu last week seeking help from the state government to finish work on a 2km-long stretch of the boundary wall “as soon as possible”.

The district magistrate, however, said the government would discuss the issue with the local residents.

Sources said the IAF needs to build the boundary wall for security reasons and encroachment by local villagers was coming in its way .

“Whenever an aircraft lands, local people crowd the area to take photographs. Such action infringes on the security of the IAF. We can’t stop movement of local residents because there are several unguarded entries to the airfield,” said an IAF official.

Sources in state government said the sub-divisional officer in Rampurhat had been asked to hold a meeting with the IAF personnel and local panchayat bodies to resolve the issue. The date and time of the meeting is yet to be announced.

“Those the IAF wants to evict are residing here for at least 50 years,” said Pantha Das, deputy chief of Rampurhat-I panchayat samity.