Teachers, officials from BMC, resident’s representatives and the officials of HUDCO grace occasion 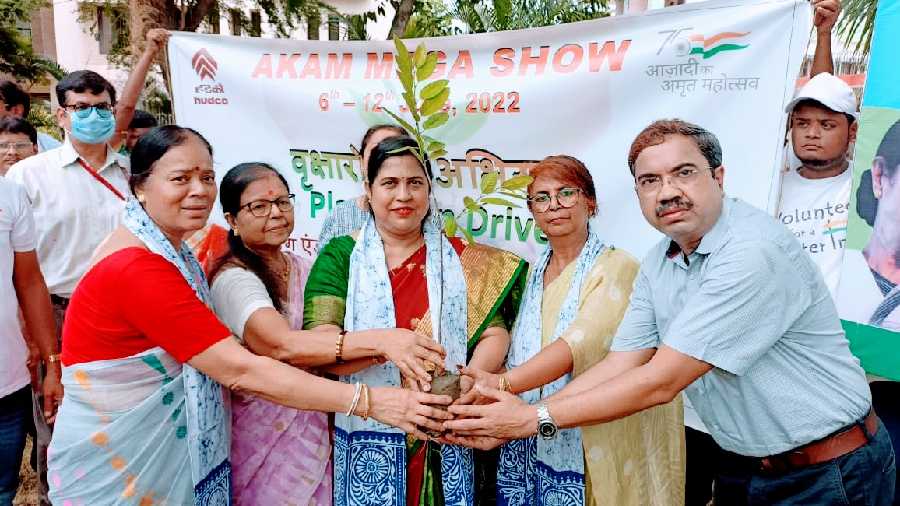 The programme was organised to commemorate 75 years of India’s Independence through Azadi Ka Amrit Mahotsav (AKAM) under the directives of Government of India. On the occasion of World Environment Day on 05.06.2022 organised by Bidhannagar Municipal Corporation, HUDCO was honoured by the Honourable Mayor with 18 saplings which were planted during the above plantation programme.

Teachers of the Primary School,officials from BMC, resident’s representatives and the officials of HUDCO, Calcutta were present during the programme and made the plantation in the premises.