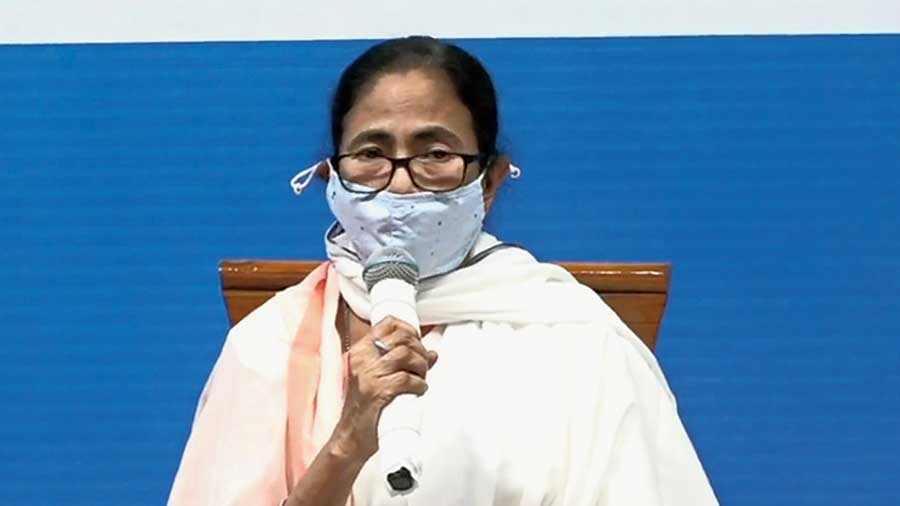 Mamata Banerjee has announced that homes will be built for over 3,500 workers of various tea gardens in the first phase of the Bengal government’s Cha Sundari project and jobs will be provided to more than 300 former militants and linkmen of the Kamtapur Liberation Organisation.

The chief minister made the two announcements while holding a meeting in Siliguri on Tuesday to review different development projects in Alipurduar and Jalpaiguri districts.

State finance minister Amit Mitra had announced Cha Sundari, a scheme to build homes for tea garden workers, in the budget for the 2020-2021 fiscal earlier this year. A sum of Rs 500 crore was allotted for the project in the budget.

Speaking at the review meeting at Uttarkanya, the north Bengal branch secretariat, Mamata said: “We will initiate the project shortly and 3,694 tea garden workers’ families will be provided with homes in the first phase. Of these houses, 2,641 will come up in Alipurduar, while 1,053 will be built in Jalpaiguri. We want to ensure that all homeless tea garden workers have their own houses. The plan is to finish the project within three years.”

Mamata also announced Rs 5 crore for the Kamtapuri Bhasa Academy constituted by the state government for conservation of Kamtapuri (a variant of the Rajbanshi language).

She set aside another Rs 5 crore for the renovation of the Buxa Fort in Alipurduar district.

“The chief minister made a meticulous move to win back the support of the tea garden population and the Rajbanshi community through her new announcements. There are 12 Assembly constituencies in Jalpaiguri and Alipurduar districts and a party that has the support of tea garden residents and Rajbanshis can win most of these seats,” said a political observer.

In the course of the review meeting, Mamata also laid emphasis on the distribution of land rights, yet another prominent issue in the Dooars.