When giraffe went into labour, crowd was told to move away since the noise could cause a miscarriage 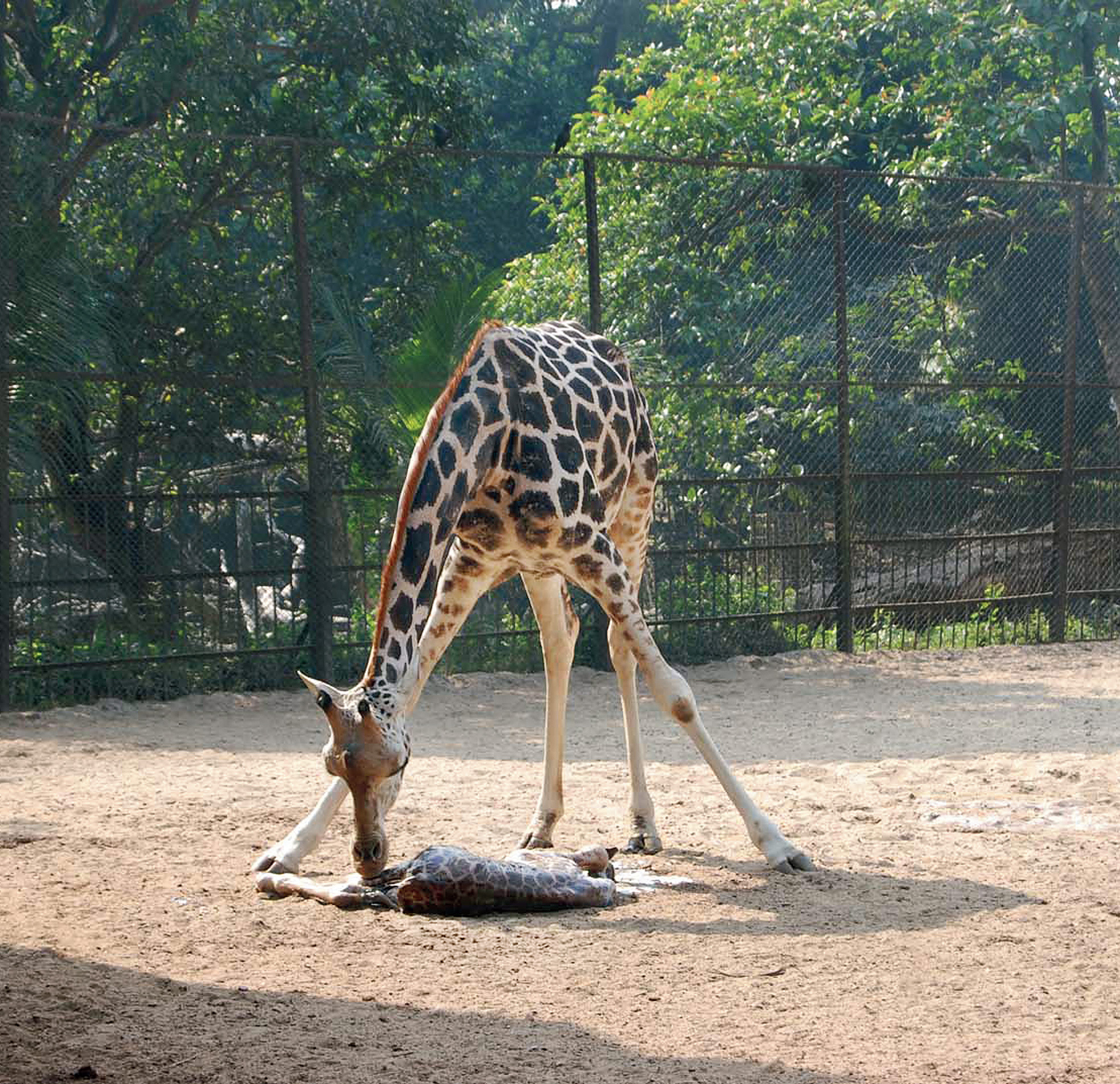 A giraffe that went into labour on one of the busiest days at the zoo was spared the trauma of giving birth in a noisy environment when the New Year’s Eve crowd unquestioningly dispersed on being told that a commotion could cause her to suffer a miscarriage.

Lakshmi, the expectant mother, was seen snuggling a healthy male calf just over an hour later, the cooperative crowd having made the zoo staff’s job much easier than they had expected it to be.

“We cannot thank the visitors enough. They could have refused to vacate the area because they had paid for tickets to enter the zoo. They showed great magnanimity,” Asis Kr Samanta, the director of eastern India’s largest zoo, said.

The strength of the zoo’s giraffe herd after the newest arrival is 11.

Ezra House, the giraffe enclosure in the western corner of the zoo, had been teeming with visitors when eight-year-old Lakshmi showed symptoms of going into labour. A team of veterinarians and zoo keepers had been monitoring her condition for more than 10 days as she approached full term.

The average gestation period of giraffes is 13-15 months, second only to elephants among terrestrial mammalian species.

“Lakshmi was expected to give birth later this week. A little after 11.15am on Monday, she started getting restless. The hind legs of the calf peeked out 15 minutes later,” one of the zoo keepers said.

Since the area around the enclosure was crowded, the team looking after the giraffe knew it would be a challenge to keep her calm.

“There must have been a few hundred people around the enclosure. Scores of others sat in groups on the adjacent grounds, some eating from lunchboxes,” a zoo official said.

“Lakshmi appeared to be scared. Had the din persisted, there could have been complications, possibly even a miscarriage.”

Some of the officials and guards deployed near the enclosure went up to the visitors and requested them to vacate the area, citing Lakshmi’s condition. “I still did not want to take chances; so I called the officer-in-charge of Watgunje police station and asked him to send a team, just in case the crowd refused to budge,” the zoo director said.

By the time a police team arrived, the crowd had vacated the area. Barricades were put up by the police on either side of the bridge leading to the enclosure. The other giraffes were herded into one of the two shelters within the enclosure.

Giraffes give birth standing and Lakshmi’s calf had his first wake-up call when he fell to the ground from around six feet. The embryonic sac burst on impact and the new mother immediately began licking her newborn, as if to goad him into standing up.

The calf, around five feet tall and weighing 55kg at birth, was up and about by around 1.15pm.

“The calf is healthy and jovial. The zoo could not have a better New Year gift,” said V.K. Yadav, member secretary of the Bengal Zoo Authority.

Mother and child will share the other shelter in the enclosure for the time being. 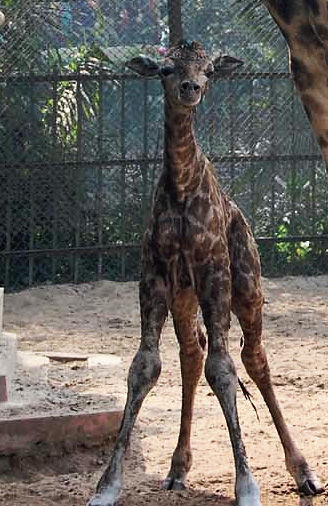