It triggered sharp response from Bengal party leaders, especially in north Bengal, which is fast emerging as the new battleground between the two rival parties 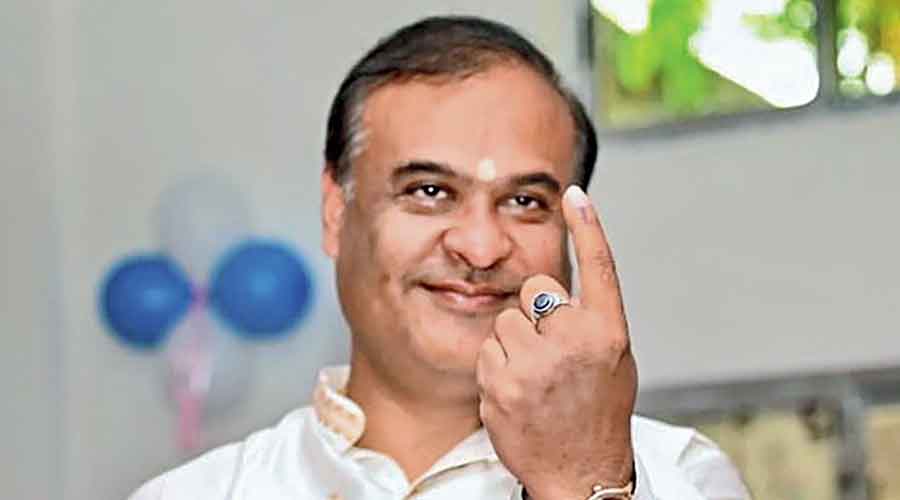 A recent tweet by Himanta Biswa Sarma, chief minister of the BJP ruled Assam, hinting that leaders of the Kamtapur Liberation Organisation (KLO), a banned terror outfit, is willing to return to the mainstream, has prised open a debate in Bengal on whether the Assam chief minister has crossed his brief.

Biswa Sarma, charged by the BJP to look after the party's growth in the Northeast, broached the KLO issue in his official twitter handle,

“In continuation with (the) Govt of India’s efforts to bring lasting peace in the region, I welcome the desire of KLO leadership to join mainstream at an early date to resolve all issues through political dialogues. (The) Govt of Assam would fully reciprocate this goodwill measure. @ Amit Shah (sic),” he had tweeted.

In Continuation with Govt of India’s efforts to bring lasting peace in the region, I welcome the desire of KLO leadership to join mainstream at an early date to resolve all issues through political dialogues. Govt of Assam would fully reciprocate this goodwill measure. @AmitShah

It triggered sharp response from Trinamul leaders in the state, especially in north Bengal, which is fast emerging as the new battleground between the BJP and Trinamul.

The Trinamul line of argument is, if any conciliation has to be done with the outfit or its leadership — involved in various subversive activities and hence charged under various sections in the state —  the Bengal government should also be in the loop.

“It is good if the KLO leaders want to return to the mainstream. But simultaneously, the Bengal government should be involved in the process. No such terms should be set for their surrender that can affect the interests and integrity of Bengal. If it happens, we will oppose it tooth and nail,” said Partha Pratim Roy, a former Trinamul MP and former district president of the party in Cooch Behar.

A few months back, Jeevan Singha, the self-styled exiled chief of KLO, issued threats to Roy and to Binoy Krishna Barman, another Trinamul leader and a former state minister from Cooch Behar, accusing them of not working “in the interest of the Rajbanshis”.

“The KLO was formed in Bengal and during the past two-and-half decades, people have lost their lives in the hands of these militants. The chief minister of Assam has welcomed their desire to be in the mainstream but it is the same outfit (and Singha) that had labelled our chief minister as an outsider... They had even termed Bengal and the central government as foreign governments (in July). It is important to include the Bengal government in the negotiations,” Roy pointed out.

Singha’s comments had not gone down well with Nabanna and a case under UAPA was filed against him, along with charges of sedition.

In 1995, KLO was formed by a group of Rajbanshi youths, who resorted to armed struggle for Kamtapur state comprising all the districts of north Bengal and four contiguous districts of Assam.

The outfit turned inactive in the early years of the last decade after the Royal Bhutan Army carried out operation flush out in Bhutan. Most KLO leaders were arrested but Singha a.k.a. Tamir Das managed to evade arrest. Singha is suspected to be staying in Myanmar, resurfaced a few months back with videos, renewing the demand for Kamtapur.

He was also heard backing the separate statehood demand that was raised by John Barla, the BJP MP of Alipurduar who is the Union minister of state for minority affairs now.

A political observer pointed out that in the coming days, this issue is likely to gain ground in the political arena of north Bengal.

“If the KLO leaders progress further for negotiations with the Biswa Sarma government, it is but natural that BJP will flag this development to draw support from the Rajbanshi community of Bengal. Trinamul, on the other hand, has started reviving its support base. The civic and rural polls are ahead and it would not let the saffron camp march ahead,” said an observer.

Former KLO militants, when asked about the Assam CM’s tweet, said they want a political solution.

“It seems that Jeevan Singha has finally understood the reality. It is good if they return to the mainstream like us. We want a political solution to our demand,” said Pulastya Barman, a former militant now staying in Cooch Behar.

In Malda, a group of former KLO linkmen walked up to the district magistrate’s office on Friday, seeking an appointment with chief minister who is scheduled to reach the district on December 6. “Around 150 of us in this district are yet to get government jobs. We want to meet the chief minister and place a request before her (for jobs,” said Sanat Kumar Sarkar, a former KLO linkman.