Mukul Roy said there was nothing political about the visit 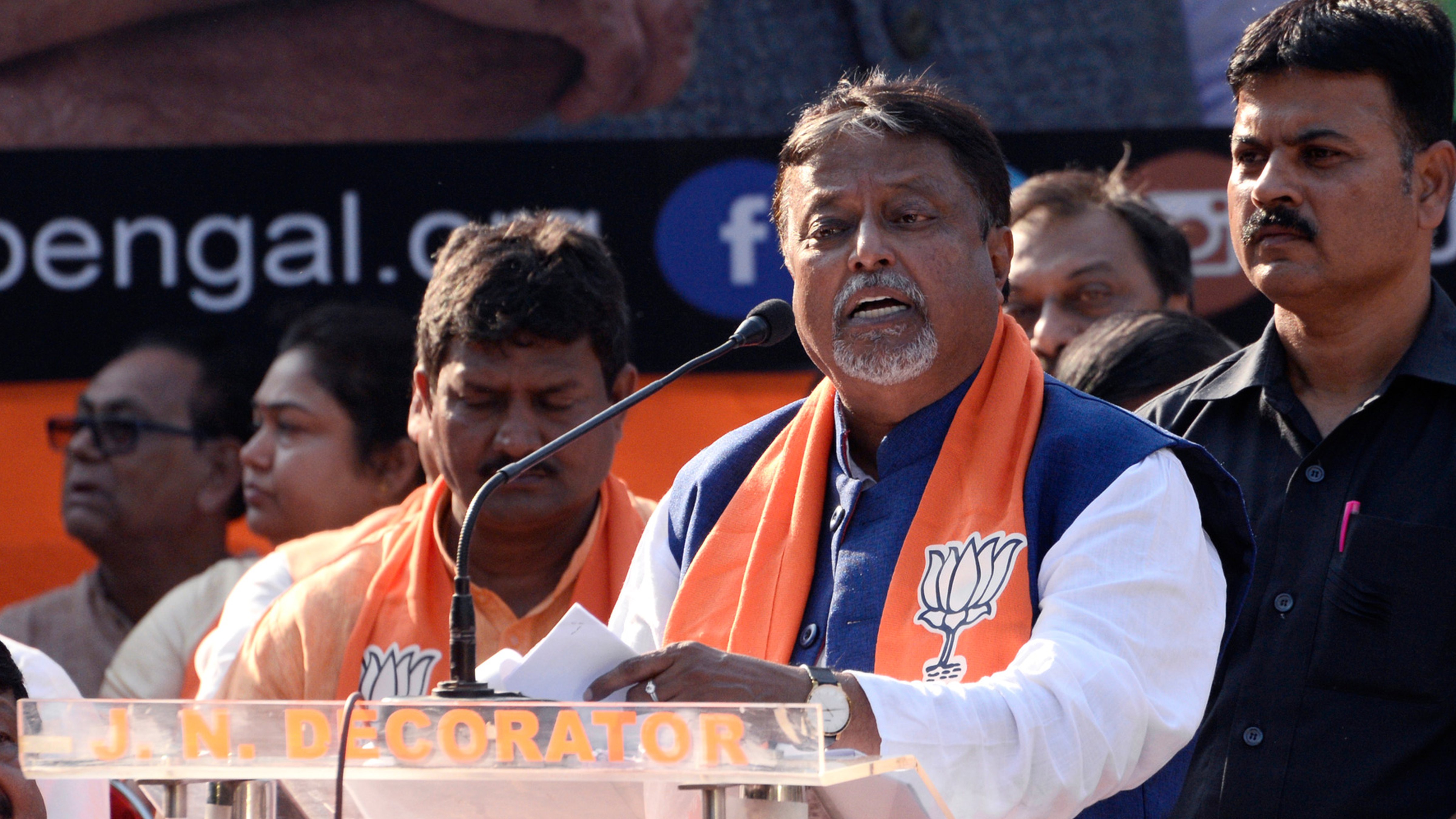 Although both Roy — the former Trinamul Number Two — and Dutta described the dinner meeting as a courtesy call between old friends, the ruling party’s leadership did not take kindly to the interaction.

Roy said there was nothing political about the visit. “He (Dutta) has been a younger brother to me. Our families are friends. I had dropped by for a personal visit,” he added. Dutta echoed Roy.

“That man (Roy) has been begging and pleading with people in our party, going from door to door looking for 42 candidates to field in the (Lok Sabha) elections. This will have no impact on our party,” said urban development minister and Calcutta mayor Firhad Hakim.

Trinamul sources said Hakim had convened Sunday’s meeting of Bidhannagar councillors to assess the situation. “The party is not worrying about the efforts by the poaching operations of the BJP. But we are keeping close watch on those who might try to weaken it from within. Everything is being monitored,” said fire minister and Bidhannagar MLA Sujit Bose.

Dutta and Roy were known for their proximity when the BJP leader was still in Trinamul and since his switch, there has been speculation on the possibility of the Rajarhat-New Town MLA following suit. Dutta is believed to wield considerable influence in two Lok Sabha seats, Dum Dum and Barasat, besides several Assembly seats.