Advertisement
Home / West-bengal / He had the courage to question himself 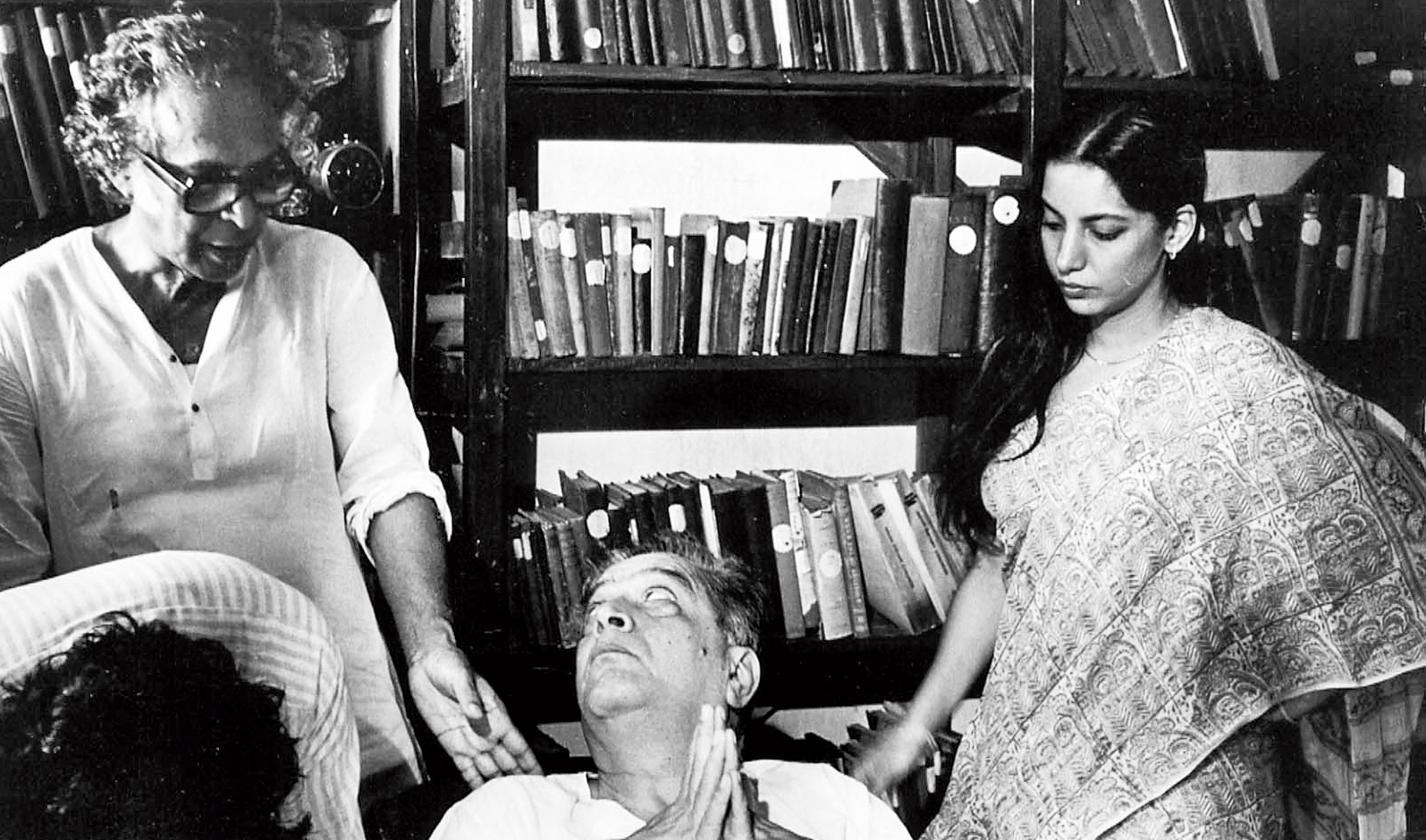 I cannot separate the man from the filmmaker. He was like his films, a bundle of contradictions — strong but gentle, urbane but rustic, both a creator and an iconoclast who was very sensitive and very human.

He was deeply invested in the society around him and did not hesitate to question his own frailties through his films — that’s what made his such a strong voice.

I remember a very moving afternoon during the making of Ek Din Achanak. Mrinalda was in an unusually quiet mood. When I asked what was bothering him, he said: “Perhaps the character (played by Dr Shriram Lagoo) disappears in the film because he has come to terms with his own mediocrity. Maybe it’s time I face my own.”

I didn’t say anything; I just sat by his side holding his hand. I knew he needed quiet time on his own. Mrinal Sen was by no means mediocre in any way but the fact that he had the courage to question himself with objectivity made him who he was.

I drank back the tears that had filled my eyes and quietly started humming a tune. We sat there hand in hand for what seemed an eternity.

He loved his wife Gita and would always look for her approval, getting impatient when it took its time coming. Theirs was a beautiful relationship. They depended heavily on each other but both had strong individual identities. When I last met him earlier this year, he could speak little but Gitadi’s name came up frequently. It was obvious that hers was the presence he missed most.

He wore his fame easily but when attacked, he would fight back tooth and nail. That’s what kept the child alive in him, I guess.

Mrinalda is an extraordinarily important filmmaker because he had a maverick streak in him that made his films edgy and unpredictable. Most times they worked, sometimes they didn’t, but they could not be ignored. His body of work is prolific.

Kharij, Ek Din Achanak and Khandhar are my favourites. I cherished working with him in all three films — Khandhar, Genesis and Ek Din Achanak — and consider Khandhar to be the film in which I have made the least number of mistakes.

The protagonist Jamini is a character I love deeply and, strange though it may seem, I saw a lot of Mrinalda in her. Her vulnerability, her self-respect, her refusal to be a victim.

I was traumatised when Mrinalda decided to do my last shot in the film, where my face seems to get imbedded into the ruins, as my first shot. I protested but he would have none of it. In hindsight I think that’s what helped me internalise Jamini completely.

It was a risk but it worked because of his confidence about being able to pull it off. I was surprised to discover that on the outside I may have a gregarious exterior but there is also a shy Jamini in the recesses of my being. I’m thankful to Mrinalda for helping me discover that.

I’m deeply saddened by the loss of Mrinalda. But I seek consolation in the fact that my last meeting with him is one I shall always cherish. I was asked to give him the Filmfare Lifetime Achievement Award and was warned that he was frail and uncommunicative.

I approached him with some trepidation but was delighted to find that not only did he recognise me, he also hugged me warmly and we spent time holding each other’s hands in silence as we had once done earlier.