GTA to wait for Bengal government decision on tourism 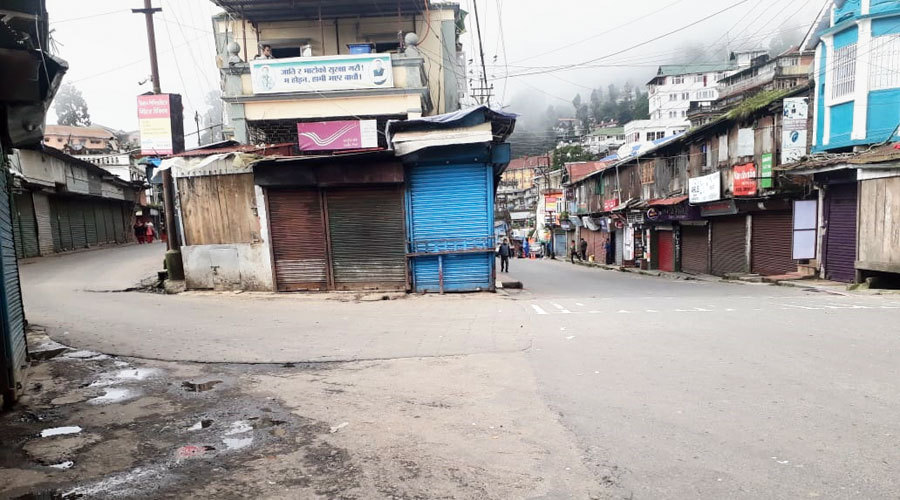 Lockdown in Darjeeling. The overall understanding of the GTA is that the hill people are not yet ready to welcome tourists for fear of Covid-19 spread.
File picture
Vivek Chhetri   |   Siliguri   |   Published 27.08.20, 04:57 AM

The Gorkhaland Territorial Administration has decided to wait for the Bengal government to take a call on opening tourism sector in the Darjeeling hills even though the tourism subject is vested with the GTA.

At a meeting in Gymkhana Club in Darjeeling on Sunday, representatives of associations of hotel and homestay owners, transporters, drivers and tour operators had stressed the need to open up the hills for tourists again and decided to approach the GTA and the state government.

Sources in the GTA said the hill body had held a discussion with the district magistrates of Darjeeling and Kalimpong and other officials on the issue on Wednesday.

“The general discussion revolved over the fact that the Centre and the state technically opened hotels and the GTA couldn’t come up with a different set of rules. It was generally agreed that the GTA would wait till September 1 for new standard operating procedures to be laid by the governments specifically for the tourism industry,” said a GTA source.

The overall understanding of the GTA is that the hill people are not yet ready to welcome tourists for fear of Covid-19 spread.

“Of late, the number of Covid-19 cases are on the rise in the hills, even though not as exponentially as in the plains of Darjeeling district, and that is probably why the GTA is dragging its feet on taking a decision on tourism,” said a source.

The GTA had come under tremendous public pressure after announcing that tourist sites under the hill body would start opening in a staggered manner from July 1.

“It is a classic case of GTA being twice shy after being bitten once and it is clear that the hill body will not make a definite announcement in the coming days,” said a source.

Tourism is the mainstay of hill economy with nearly 4 lakh tourists visiting the hills on an average annually.

“The economy has been hit hard by the pandemic and tourism is one of the most sensitive sectors. The GTA is aware that many are employed in the sector but it also has to weigh public sentiments,” another source said.

Sections among those involved with GTA have also tossed up the idea of opening up hill tourist sites only for residents of the GTA area.

“Intra-GTA movement of tourists not exceeding 20 per cent of the total hotel capacity is something that can be discussed to build confidence and provide some income to hoteliers,” said a source.

Many believe even residents of the GTA area want to move within the region for an outing provided hotels and homestays are open.

“Locals might not oppose the overnight stay of people within the GTA area and this might be a small step ahead,” said the source.

Tourism stakeholders had on Sunday pointed out that hill residents feared the arrival of tourists and hence decided to appeal to the GTA and the state government to take up the task of convincing them.

“In any case even if the tourism sector opens up in the hills, one is not expecting hordes to arrive,” said a stakeholder.

Unlike the hills, homestays and hotels have opened up in the Dooars.