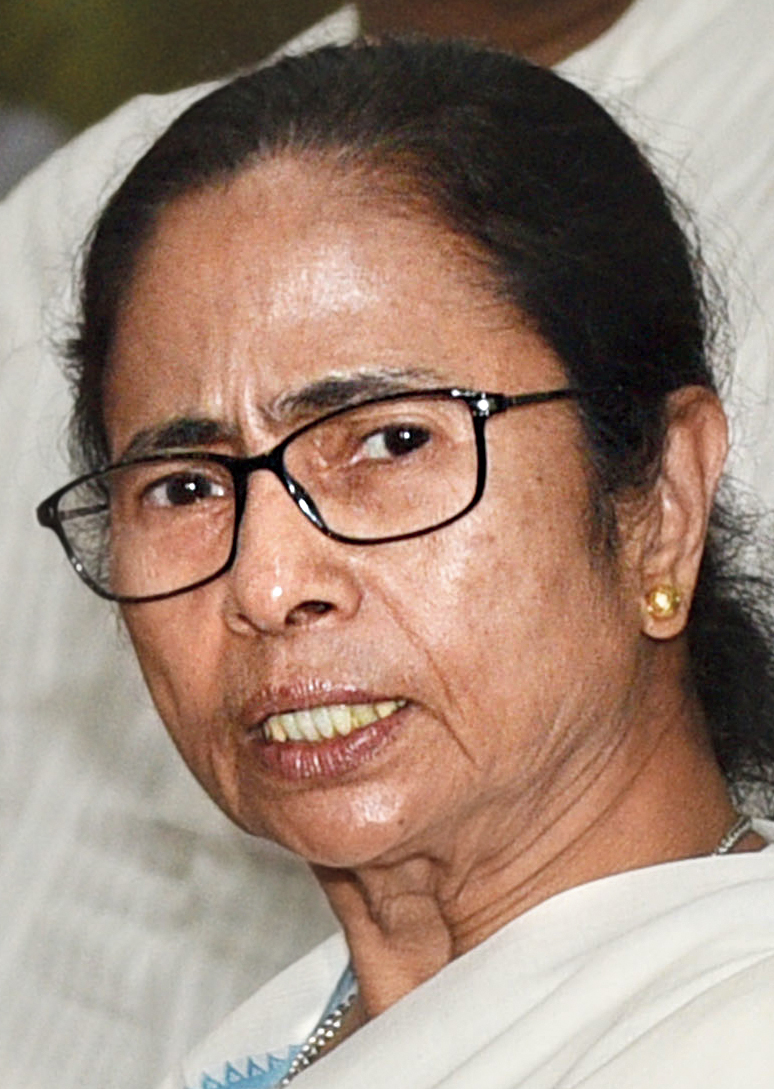 No elected representative of the Opposition was invited to the meeting, held at Madhyamgram in North 24-Parganas, as had been the case at the 300-odd meetings held earlier.

However, the focus of Friday’s session was different in the aftermath of the deep inroads the BJP has made into Bengal by winning 18 Lok Sabha seats. Those who attended the meeting said the chief minister laid more stress on matters that affect the daily lives of people.

“At earlier meetings, the focus would be on infrastructure projects such as roads, bridges and power stations,” an official said. “You may call Friday’s meeting a grievance-redress session,” he added.

The chief minister raised the issue herself and asked officials of the backward classes and tribal welfare department why people were not getting caste certificates on time.

Some of the officials pointed to alleged failure of applicants to produce required documents on time. “Hold camps where work is pending and issue certificates…. I know that in some cases applications gather dust on the tables of BDOs. Sort out the problem,” Mamata told them.

Nabanna sources said Mamata broached the topic as she had received feedback that one of the reasons behind Trinamul’s poor performance in areas dominated by Scheduled Castes and Scheduled Tribes was delay in issuing caste certificates.

Mamata directed food and supplies department officials to hold talks with ration dealers to ensure that the allotments for the poor reach them without pilferage.

“Initiate inquiries against ration dealers if there are complaints that people are not getting their share of food grain,” Mamata said.

“The majority of the complaints come from Jungle Mahal, where people depend on subsidised food grain. This could be one of the reasons behind the ruling party’s debacle in Jungle Mahal, where it lost all four Lok Sabha seats to the BJP,” a source said.

Mamata stressed the distribution of jobs under the 100-day rural job scheme.

“I would like to say that all job card holders in the area should get jobs when a project is undertaken under the 100-day scheme. You should also ensure that the maximum number of people get jobs under the scheme,” the chief minister said.

Sources in the panchayat department said there had been allegations that some gram panchayats were withdrawing money by furnishing fake master rolls of card holders.

The chief minister directed the municipalities and rural bodies in North 24-Parganas to play an active role in preventing infiltration from Bangladesh.

A Trinamul leader said the party had to counter the BJP’s claim that the ruling dispensation was allowing infiltration. “In the Lok Sabha polls, we lost the Bongaon seat, where the border with Bangladesh is porous at several places,” he said.

The chief minister repeatedly said her government did not have money to undertake major projects.

“It is not possible to give whatever you are demanding. How will the government run?” Mamata told elected representatives when they kept urging her to facilitate the building of roads, bridges, colleges and hospitals.