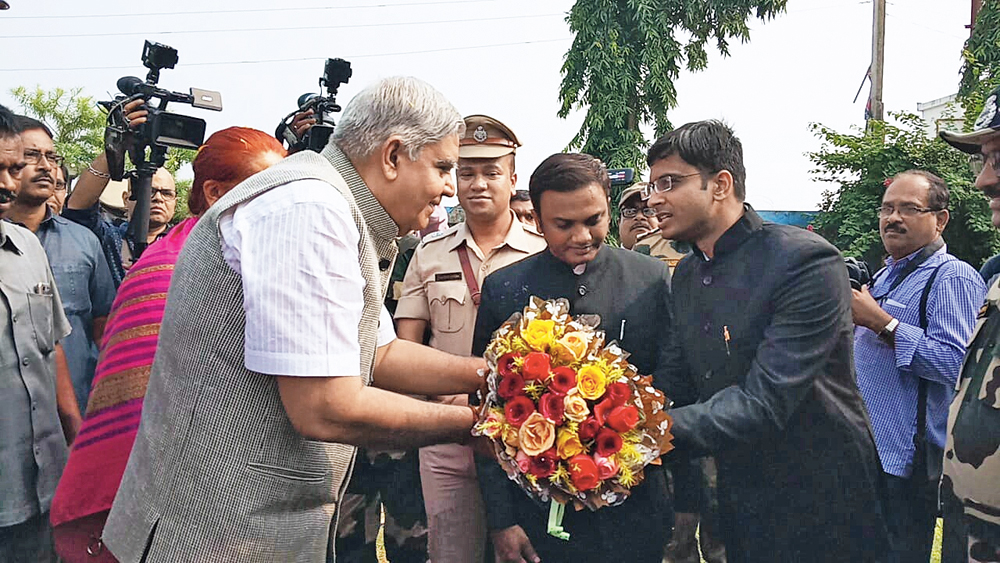 Bengal governor Jagdeep Dhankhar locked horns with the Mamata Banerjee government again, wondering whether “censorship” was in place and accusing the administration of behaving in an “unconstitutional” manner after senior officials and elected representatives skipped his “interactive sessions” in North and South 24-Parganas on Tuesday.

Dhankhar had expected to meet top district officials and elected representatives, ranging from MPs to zilla parishad chiefs at Dhamakhali in North 24-Parganas and Sajnekhali in South 24-Parnagas, during his visit.

On Tuesday, only a couple of ADMs received the governor in both places. The scheduled meetings had to be cancelled as top officials and elected representatives skipped both events, leaving Dhankhar fuming.

The governor apparently took exception to the district administrations’ claim that all senior functionaries were in north Bengal for Mamata’s administrative review meeting.

“The honourable chief minister has gone to north Bengal, that is fine…. But the government does not go on a holiday,” he said. “This should not have happened…. What big point are they scoring? I am surprised but I have no answer…. The answer has to come from somewhere else.”

But both district magistrates sent letters to Raj Bhavan on Monday, saying they would require the state government’s permission for the “invitees to attend the meeting”.

“I am astonished to receive letters from the district officials in which they have expressed their inability to attend the meetings on October 21, that, too, four days after my intimation…. I do not know if some sort of censorship is in place in Bengal,” said Dhankhar.