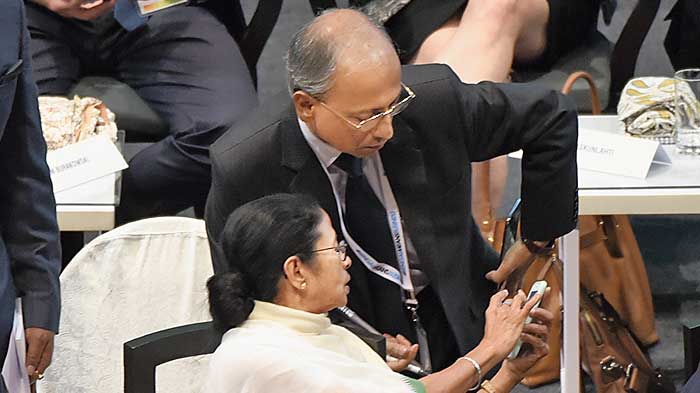 The top brass of the Bengal government has asked police to check post-poll violence and act against trouble-makers irrespective of their political affiliation.

The directive from chief secretary Malay De assumes significance amid allegations that the state administration has been not impartial.

Senior officials could not recall such an instruction from the top brass to the police in recent past, except in a few incidents of communal violence at Baduria in North 24-Parganas and Asansol where it had intervened and instructed the district authorities how to deal with the situation.

“Chief secretary Malay De held meetings with the director-general of police and the officers of Calcutta police and instructed them to act properly to deal with incidents of violence without considering the political affiliations of the accused. The meetings were held after reports of clashes from districts like North 24 Parganas, Hooghly, Nadia, Birbhum and Cooch Behar,” said a senior official.

“In most of the cases, the district police were allowed to deal with the problems… But later, it was found the police could not do so impartially,” the official added.

A section of the officials felt such mishandling of violence at many places had tarnished the state government and damaged the ruling party in the Lok Sabha polls. “If people see there is no rule of law, which demands an impartial approach from the administration, they lose confidence in the government as well as the ruling party…,” said a source.

On Saturday, a Trinamul supporter was arrested in connection with the murder of a youth in Nadia’s Chakdah, police said. The BJP had claimed Santu Ghosh was a party worker and blamed Trinamul for his killing on Friday. Trinamul has denied the charges and said Ghosh was associated with the ruling party.