They not only raised the issue of overestimation, but also asked whether a pavement in the already popular trekking trail was needed at all 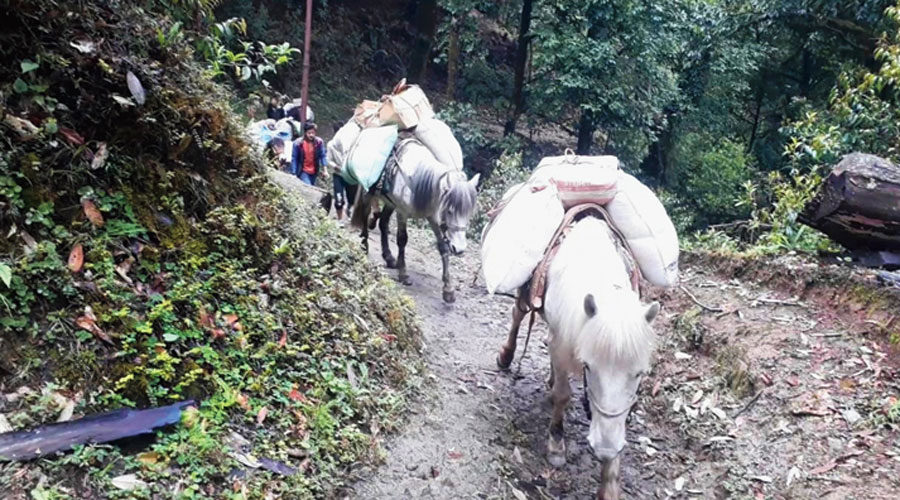 The Gorkhaland Territorial Administration’s decision to construct a 26km-long “footpath” at an estimated cost of Rs 15.5 crore near the Singalila National Park has come under the scanner for its expenditure and project priority.

The Gorkha National Liberation Front (GNLF) has criticised the project and alleged smell a scam when elections are round the corner.

“Tenders for two footpaths, one from Srikhola Trekkers’ Hut to Molay Fatak and the other from Molay Fatak to Sabargram at Rimbick has been floated but the tender amount defies logic,” said Sandeep Limbu, general secretary, GNLF Darjeeling branch committee. “Such a project before election smells of a scam.”

The shortest road distance to Rimbick from Darjeeling is 60km.

The GNLF not only raised the issue of overestimation, but also asked whether a footpath in the already popular trekking trail was needed at all.

“People love to trek on natural trails. Instead of footpaths the amount could have been used to build motorable roads at five neighbouring villages as most roads in that area are unmotorable during monsoons,” said Limbu.

Tender bids can be submitted till February 10 and will be opened on February 13.

Dipendra Ghimiray, executive engineer, GTA engineering division-II, said the estimates were done according to the schedule of rate approved by the public works department and vetted at the level of chief engineer.

“Estimates are done according to the schedule of PWD. Lot of factors like terrain difficulties are also taken into account,” said Ghimiray.

The GTA official also said many might have got confused with the usage of the word “footpath”. “Along with footpath other allied development works like gazebos and resting sheds are also included in the plan,” he added.

The tender papers describe the work as “construction of footpath….” and detailed description of other allied works could not be immediately obtained.

The GNLF, however, insisted that the GTA’s priority was wrong.

“We will soon meet the principal secretary of the GTA and request him to utilise the funds in projects which will be more beneficial for the villagers. In natural parks people want to be with nature,” said Limbu.

The GTA is of the opinion that tourism has to be promoted along this popular trekking trail. A source said: “Hundreds of trekkers, including a large number of foreign travellers, visit this place. Improvement in tourism infrastructure is bound to help the region.”