While 2 of the robbers managed to flee, one was caught at Badkulla 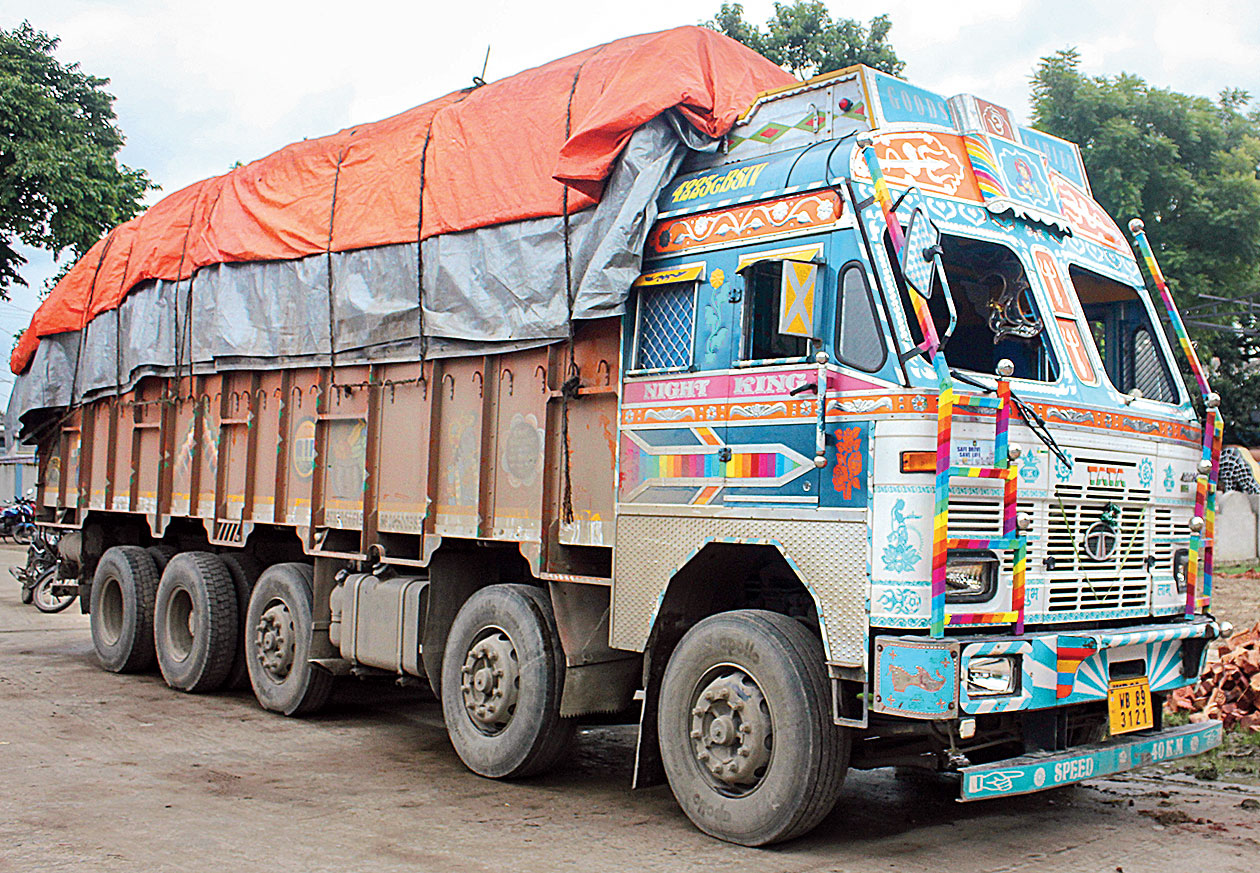 A three-member gang stopped a truck ferrying tea worth over Rs 1 crore, held the driver and the cleaner at gunpoint and forced a detour before throwing them off the vehicle on Sunday night, only to realise that they could not drive the heavy vehicle.

The incident took place near the Ghoralia Bypass off NH12 when the three stopped the Calcutta-bound truck ferrying 22,488kg of tea from a company in Assam’s Tezpur.

The men, introducing themselves as insurance officials, asked driver Azibur Khan to show documents. They then got in and forced Khan at gunpoint to take a diversion.

“The robbers stopped me near Santipur. I was on my way to Kidderpore in Calcutta. They held a gun to my head and forced me to take the Phulia-Hanskhali Road,” said Khan.

Soon, one of the men kicked Khan and the cleaner out of the cabin. “Local people rushed out and informed police. A patrol van of Santipur police station arrived and chased the truck,” said Khan, a resident of Nadia’s Chapra.

Police sources said not one of the robbers knew how to drive a loaded truck and hit several stationary rickshaws and e-rickshaws, parked by the roadside for the night. Before long, the police van caught up with the truck.

While two of the robbers managed to flee, one was caught by local people at Badkulla. Police did not disclose his identity.

“They were caught because none knew how to drive a truck. It was idiotic for them to attempt such a heist without including someone with the ability to drive a loaded …. The attempt looks rather amateur,” said a police officer.

Nadia additional superintendent of police Tausif Ali Azhar said the truck, with all goods intact, was recovered within an hour.