Advertisement
Home / West-bengal / French in Calcutta: She will be reborn from ashes

French in Calcutta: She will be reborn from ashes 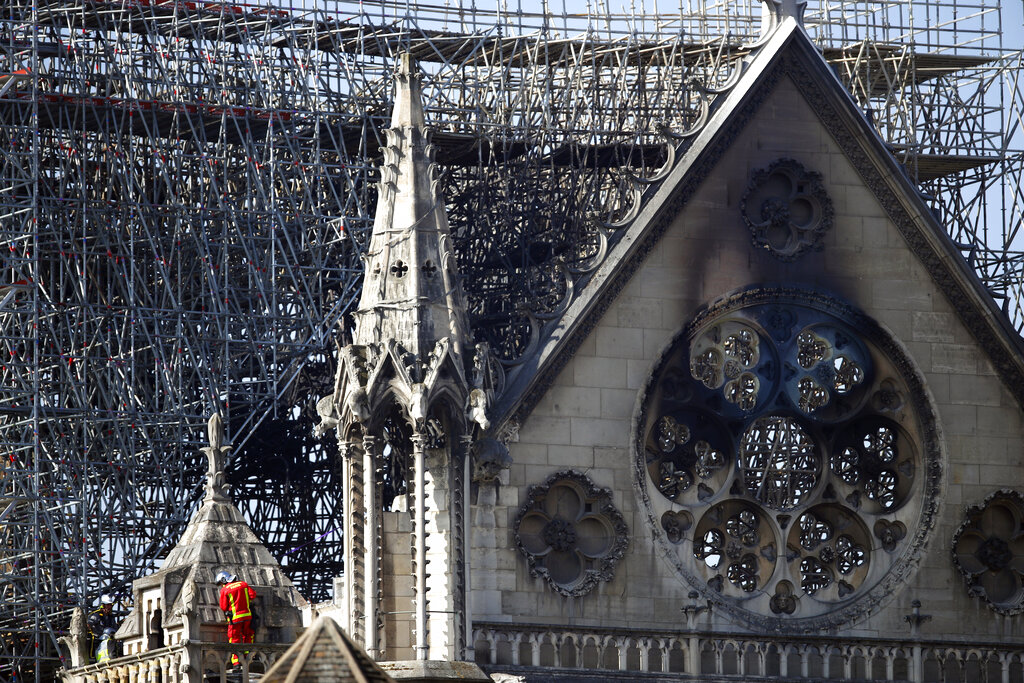 The Eiffel Tower may be better known to tourists but the Notre-Dame cathedral is much older. It is a symbol of artistic and technical excellence, but it is equally important in spirituality and our socio-political history. And thanks to Victor Hugo, it’s part of our intangible heritage too. As a symbol, it is more romantic than Eiffel Tower.

I am not a Parisian, but I have visited the cathedral a few times, the last being two years ago when I attended an organ concert. There is a magnificent organ inside. But more than that, I remember the strong impression that Hugo’s Notre Dame de Paris (Hunchback of Notre Dame in English) left on my mind as a teenager. Today, even before the building and the artefacts, I think about Quasimodo and Esmeralda.

Last night, I was alerted by an Indian friend in Delhi around 11pm, less than an hour after the fire broke out. I followed the news on Facebook and online French press and radio until 1am (India), messaging friends in France in between. It was the first thing I checked on when I woke up this (Tuesday) morning.

It seems the structure of the monument is ok. And hopefully most of the relics and art pieces inside are safe.

The cathedral survived the Revolution and World War II and now got burnt by accident... such an irony. But I’m sure it will be rebuilt as beautiful as before. Private and public donors from France and abroad will ensure that.

She will be reborn from the ashes. Vive Notre-Dame!

I am devastated. It is a big trauma. The cathedral of Paris is a part of our identity and our history for so many centuries. It has been the witness to so many key events such as the Revolution, the coronation of Napoleon...

The Gothic cathedral was about to be destroyed in the 19th century because it was not trendy any more. The Empire style was in. But the Romantics, who were fond of the Middle Ages and mostly opposed to the reigning power, found a symbol in the Notre Dame Cathedral. It occupied centre stage in the famous novel Notre Dame de Paris of Victor Hugo. It was even painted as a symbol of rebellion in the background of the celebrated painting Liberty Leading the People by Eugene Delacroix.

As a Parisian, I cannot imagine the city without its cathedral. I used to cross it every morning and evening when I was studying history and history of art as my major at the Sorbonne. I have attended Mass there so many times, or some concert. I even went on the top of one of the two towers to see the sunset ! I feel deeply sad that such a symbol of unity, fraternity and liberty could be destroyed in just nine hours!

I was ordained a deacon in July 2016 and then as priest in June 2017, both at the Notre-Dame cathedral. Those were the most intense experiences of my life. I could not believe it when a French volunteer gave me the news this (Tuesday) morning.

The pictures filled me with sadness — to see the symbol of Paris and France burning.

But I believe it’s a sign of god. There is too much cynicism about religion in France and elsewhere in the West. Yet when the cathedral was burning people were praying and singing hymns. When the spire collapsed, they were afraid the whole structure will be gutted. It is made of wood, after all. But it did not.

Now people across France are coming together to save what they understand is the heart of the nation. I take this awakening with a lot of positivity.

I lived in Paris in my college years and I used to walk around this area. It is a pedestrian plaza, just near the Seine — a beautiful touristy place surrounding the majestic cathedral.

When we saw the pictures and videos of the cathedral on fire, we felt so powerless. It must have been even worse to see it for real. Following the news from miles away in India, we realised how much it was a French and even an European symbol abroad.

We are grateful that there were no human casualties. Hopefully it will be renovated!