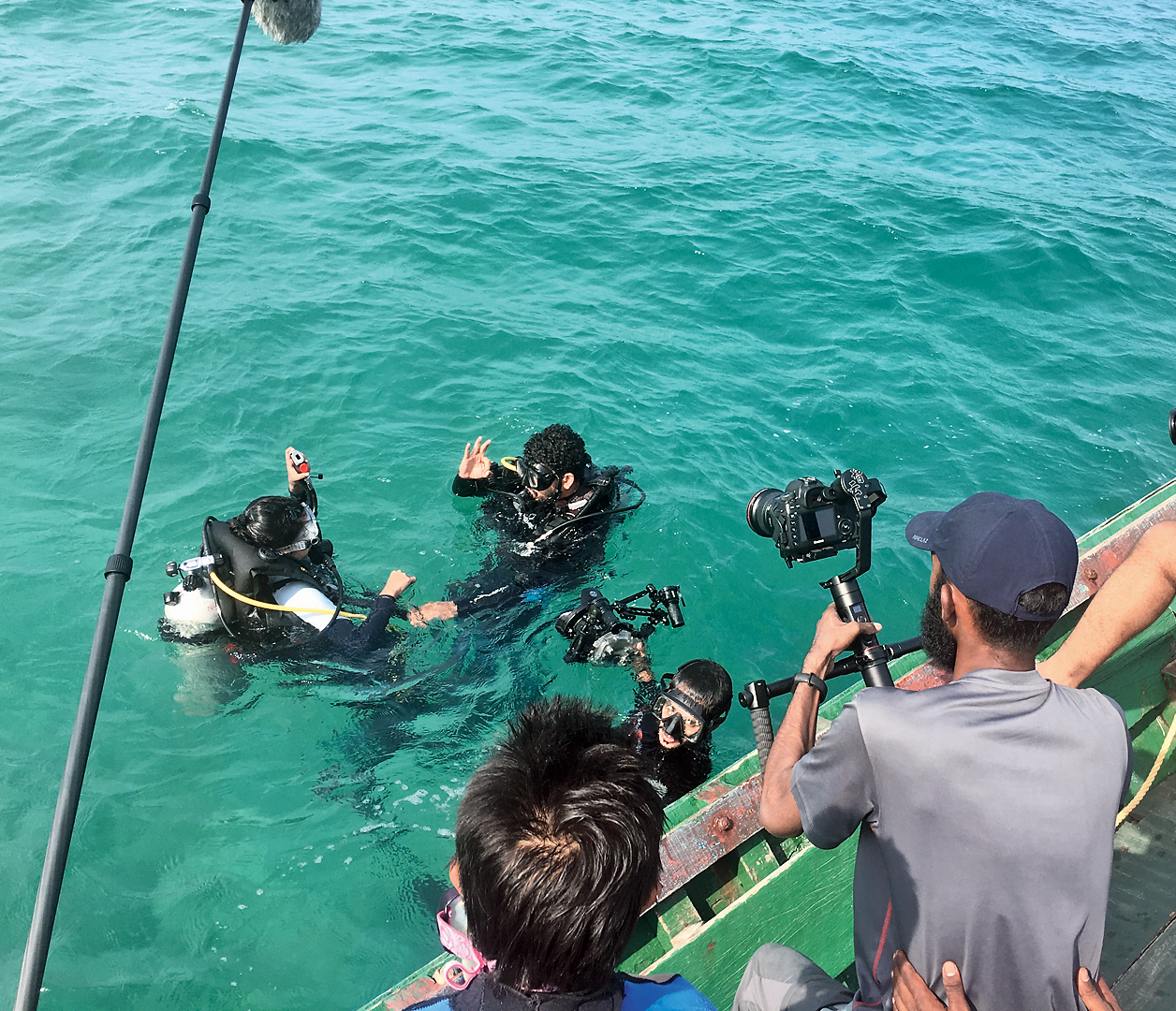 Tangru Mijhi of Arunachal Pradesh, a member of an indigenous tribe, who features in the documentary
(Picture sourced by correspondent)

The Sunderbans will feature prominently in a six-part series on the role of forest guards in protecting and preserving wildlife, to be telecast twice a week from September 16 by the channel Animal Planet.

National and international organisations known for their leadership role in wildlife conservation, including World Wide Fund for Nature (WWF) –India and Wildlife Trust of India (WTI), are supporting the documentary, which will be aired on Mondays and Tuesdays from 9pm.

“The documentary has been filmed over a year across six of India’s most environmentally important and stunning regions — Marine National Park in the Andamans, Kaziranga in Assam, Hemis National Park in Ladakh, the Sunderbans in Bengal, Pakke Tiger Reserve in Arunachal and across human-dominated elephant habitats in North Bengal,” Bose, who is based in Delhi, told Metro.

He had received the CMS Prithvi Ratna Lifetime Achievement Award in 2009. His film The Tiger Who Crossed the Line received the national award for being the best environment film in 2017.

“Each episode (of Heroes of the...) focuses on one forest guard who has gone far beyond his or her designated duty to serve nature and wildlife,” said Calcutta-based Ashwika, who got Green Oscar in 2014 for her film Sirocco — How a Dud Became a Stud.

“The show has been a rare experience because apart from filming up and close some of the bravest persons in our forests, it gave us the opportunity to witness some spectacular and rare wildlife moments, including several never-seen-before footage of snow leopards and rare footage of leatherback turtle, world’s largest turtle, laying eggs on a barren island,” Ashwika said.

According to her, the documentary has also touched upon pressing conservation issues such as poaching syndicates, traditional hunting, various forms of man-animal conflict, climate change and sustainable tourism and highlighted the deeds of forest guards across India.

The story of each forest guard is unique in its own way. If Shanti Ram Chhetri, the rhino man, stands out for his role in protecting the Kajiranga forest for four decades, often risking his life, Khenrab Phuntsog in Ladakh has earned kudos for his attempt at conserving snow leopards.

Tangru Mijhi of Arunachal Pradesh, a member of the indigenous tribe and a hunter-turned-forest guard, led a team that brought back 800sqkm of Pakke Tiger Reserve from the brink of devastation.

Rajib Nashkar of the Sunderbans tells the tale of encountering tiger on foot.

Mohammed Hussain of the Andamans left his tech job — he is a computer engineer — to become a forest ranger and went on to play a crucial role in setting up the first marine reserve diving centre in India.

The Khuniya squad in north Bengal, consisting of around 12 forest personnel, has only one task — driving elephants back to the forest from human settlements