Advertisement
Home / West-bengal / For those who shed blood to shield the green: National Forest Martyrs Day

For those who shed blood to shield the green: National Forest Martyrs Day

Children’s Park in front of Banabitan was rechristened Shaheed Smriti Bon, in memory of the fallen foresters 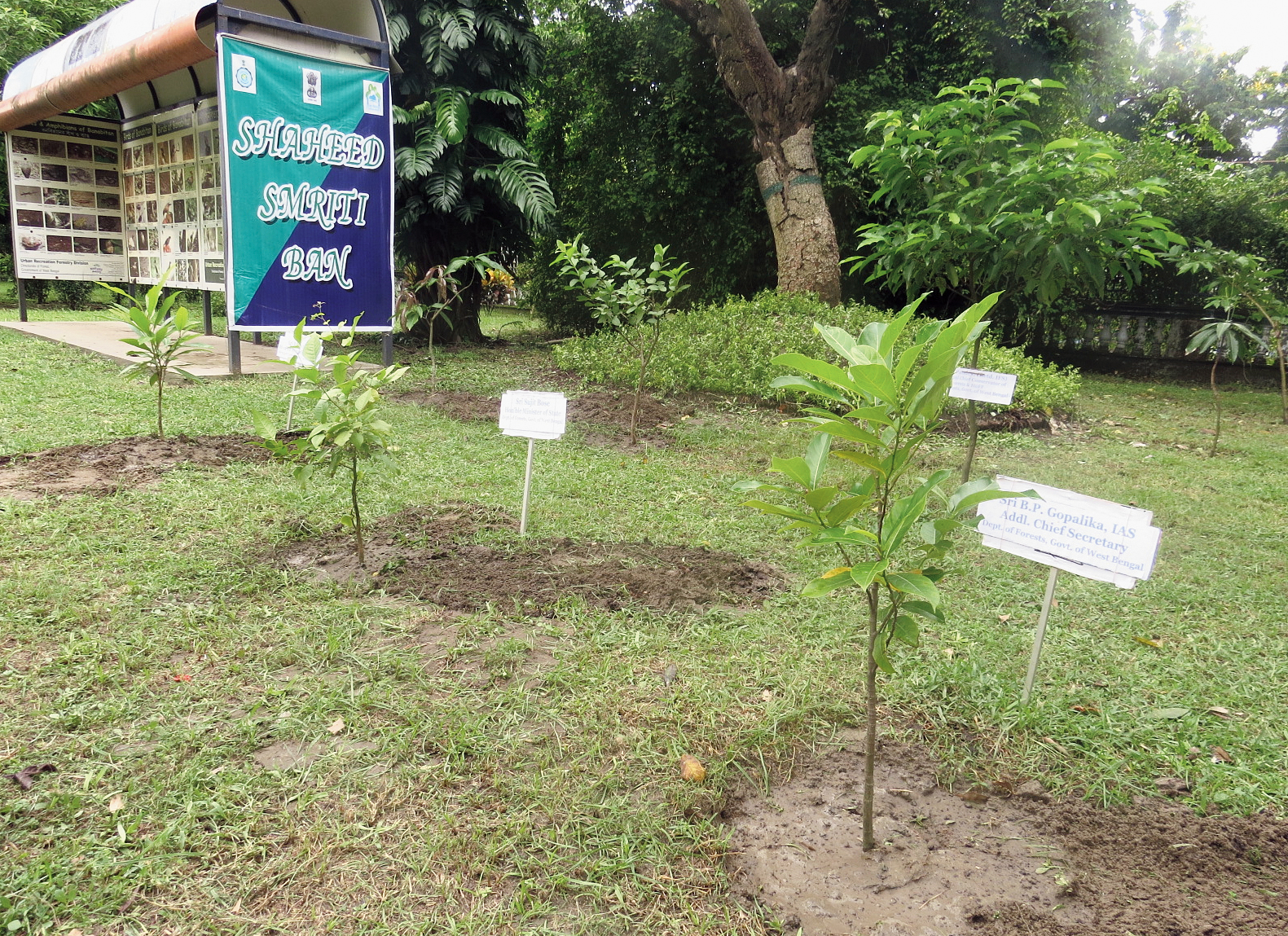 Four saplings were planted in a corner of the children’s park in Banabitan which was rechristened Shaheed Smriti Ban.
(Sudeshna Banerjee)
Sudeshna Banerjee   |   Calcutta   |   Published 12.09.19, 09:24 PM

National Forest Martyrs Day was marked by a programme at Banabitan on Wednesday in which a part of the Children’s Park in front of Banabitan was rechristened Shaheed Smriti Bon, in memory of the fallen foresters.

The day is being observed ever since the ministry of environment and forests made the declaration in 2013 to recognise the valour and sacrifice made the forest personnel for protection of forests and wildlife.

The day commemorates the Khejarli massacre in 1730 when Maharaja Abhay Singh’s army started felling khejri trees held sacred by the Bishnoi community in Khejarli village in Rajasthan. A woman named Amrita Devi had stepped up in resistance, offering her head instead. She was decapitated as were her three daughters, who took her place, followed by 359 Bishnoi men till the news reached the king.

“People think all the sacrifices made in the line of duty are by the armed forces. No one thinks of us. I have seen at close range how three lives were lost while I was posted in the Midnapore range. Two of my men died of tiger attacks while another was trampled by an elephant,” said Rabindranath Saha, deputy conservator of forests.

After offering floral tribute to a monument to the departed, local MLA and fire and emergency services minister Sujit Bose lauded the sacrifices of the forest personnel.

Forest minister Bratya Basu invoked the spirit of Suresh Biswas, the 19th century Bengali adventurer, in toasting the courage of the foresters. “Our pride is not just in our past but in our present too. It is unfortunate that even ministers are quoting epics as sources of scientific truth,” he said.

Later, he regretted the recent attacks on foresters probing the death of a tiger in the Sunderbans. “We need peaceful cohabitation of wildlife and villagers in buffer zones,” he said.