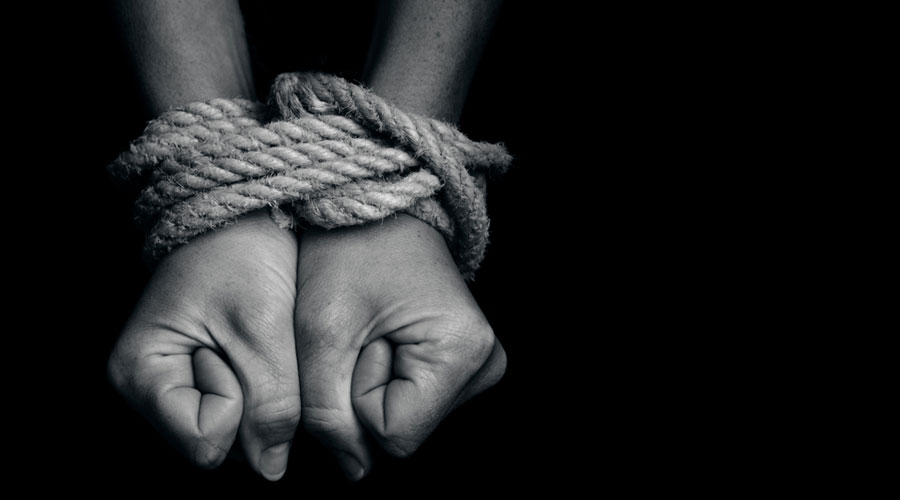 A survivor of trafficking, Parul has fought through trauma and hardship to enroll for a BBA course, but the lockdown has left the future she has been dreaming for herself looking elusive again
Shutterstock
Chandrima Bhattacharya   |   Calcutta   |   Published 27.08.20, 12:59 AM

Parul (name changed), 18, a resident of Kakdwip in the Sundarbans, wants to work in the IT industry as an accountant. She is enrolled in a Bachelor of Business Administration (BBA) programme at a private management institute.

A survivor of trafficking, Parul has fought through trauma and hardship to be here. But the lockdown has left the future she has been dreaming for herself looking elusive again.

Parul was rescued in December 2018, three months after she had been trafficked to Gurgaon for prostitution. She had been 16, and a Class XII student.

Parul was glad to be back home: she has a loving family and had been rescued without much time having been lost. Her neighbours welcomed her back warmly. “I never faced any stigma or negative reaction,” Parul says.

Yet she could not escape the deep trauma that victims of trafficking almost invariably experience. She could not sleep at night. She often vomited blood, which requires immediate treatment. She was being counselled.

But she still dreamt about her future. When she was finally through with the official processes and treatments after her rescue, only about a week remained for the 2019 higher secondary examination of the West Bengal board. She took it and passed with 56 per cent marks.

That was a great boost for Parul and her family. “Especially for my father, who did not go to school,” Parul said.

Her father, a mason, had always supported her studies. He had sent Parul away as a child to stay at a relative’s place so that her education could continue unhampered.

Now he saw to it that Parul enrolled herself — at a cost he could barely afford — in the residential BBA programme at an institute in another district.

It was an exceptional step. Very few survivors of trafficking can go back to school, mostly because of adverse circumstances. A minuscule proportion takes up higher education, which tends to be expensive and requires financial support from the family.

Parul is grateful to the NGO Goranbose Gram Bikash Kendra (GGBK) for the steady support it has offered.

She enrolled in the BBA course in August last year. “We had to pay Rs 43,500 at the time,” Parul said, “which my father had to borrow.” He did so willingly.

In June, however, Parul’s father had to borrow heavily again after the institute set a deadline for the payment of all dues.

Now the financial stress on the family was becoming unbearable: Parul feared that the cost of her education was plunging her father into spiralling debt.

“In June, we had to pay Rs 26,500 to the institute, otherwise I would not be allowed to continue in the programme,” Parul said.

The outstanding fees were meant to be paid in January. But the first semester was running slow; it was understood that the fees could be paid later, Parul said. “But suddenly the lockdown was imposed, and everything stopped. Then (Cyclone) Amphan came.”

Then, in a notice dated June 9, and with the subject line “Final call to submit semester fees”, the institute informed the students that all outstanding fees must be paid by June 17.

“We are in dilemma that some of you may not be interested to continue the course, so we are requesting you to confirm if you are continuing the course or not so that we can take further action,” the notice said.

Verbally, the students were told they had to pay the fees or pull out. “Despite several attempts, I could not speak to anyone who could help me,” Parul said.

Her father had stopped earning after the lockdown. Amphan had not destroyed their home but had damaged parts of it.

“It’s true that every organisation faced a financial crisis during the lockdown. But the institute could have been kinder,” said Parul, who lives with her parents and two younger siblings.

“Some students comefrom business families, but many are from families like mine.”

They then had to get a demand draft ready, which was difficult enough because of the lockdown. For some technical reason, it was not accepted. So it had to be cashed again and the money was paid through Google Pay, a process that too posed difficulties because of erratic connectivity.

“My assignments were accepted only then,” Parul said.

She does not know how long she can continue amid such difficulties.

Namita (name changed), 21, a Class XII student from another Kakdwip village, too is a survivor of trafficking. She had returned home and resumed her studies in 2016, with support from her family and GGBK activists.

She is as concerned as Parul about her future and her father’s increasing debt. Her father, a small farmer who also owns a paaner baraj (betel grove) and a modest poultry farm, can barely afford her education.

“Everything has stopped now. Amphan destroyed our house and the paaner baraj. And in the days that followed, all the chickens were stolen. Now we have nothing,” Namita said.

“My father is borrowing money from everywhere.”

Namita would like to become an activist one day, just to help girls like her, she says.

The lockdown and the impact of Amphan are affecting the girls’ lives in the severest ways, said Nihar Ranjan Raptan, GGBK founder secretary. The organisation works to empower the survivors of trafficking in Kakdwip, Namkhana, Canning, Diamond Harbour and Baruipur in south Bengal and some areas of north Bengal.

“The Kakdwip and Gosaba areas in the Sundarbans have traditionally been advanced academically,” Raptan said.

It’s a pity that Parul and Namita are facing this hopelessness, especially because of how they had to struggle, he said. “Only about 10 per cent of trafficking survivors go back to school.”

A fraction of that go on to enrol for higher studies.

Parul’s situation raises the question whether higher professional training is reserved for the elite, he said.