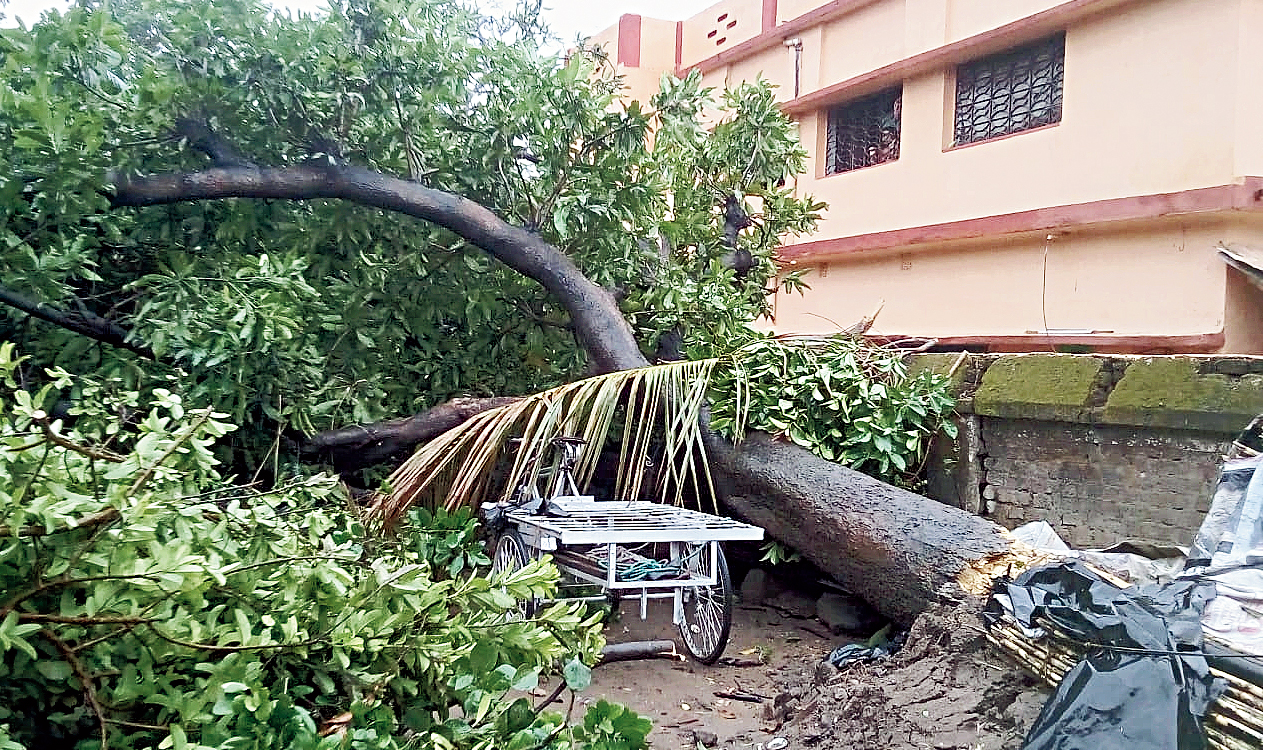 The district authorities of Hooghly, Howrah and North 24 Parganas, where elections are scheduled for Monday, are spending anxious moments as they apprehend that cyclone Fani may cast a shadow on last minute poll preparations.

On Monday, polls will be held in seven parliamentary constituencies — Hooghly, Sreerampore, Arambagh, Howrah, Uluberia, Barrackpore and Bongaon — spread across the three districts. Usually, each subdivision of a district houses two-three DCRCs.

DCRCs are usually set up on the premises of any college building or a government office. Temporary structures are erected to distribute election-related materials to the polling officials. The polling officials submit the EVMs and the VVPATs in the DCRC after voting is over.

An official explained that Saturday, two days ahead of polls (known as P—2 in official language), is extremely important in terms of poll preparations.

“Usually, we keep everything ready including EVMs, VVPATs and other materials for distribution. If the DCRCs are damaged on Saturday, it would be tough for us to distribute materials to the polling officials on Sunday,” said the official.