Worry over haul before elections 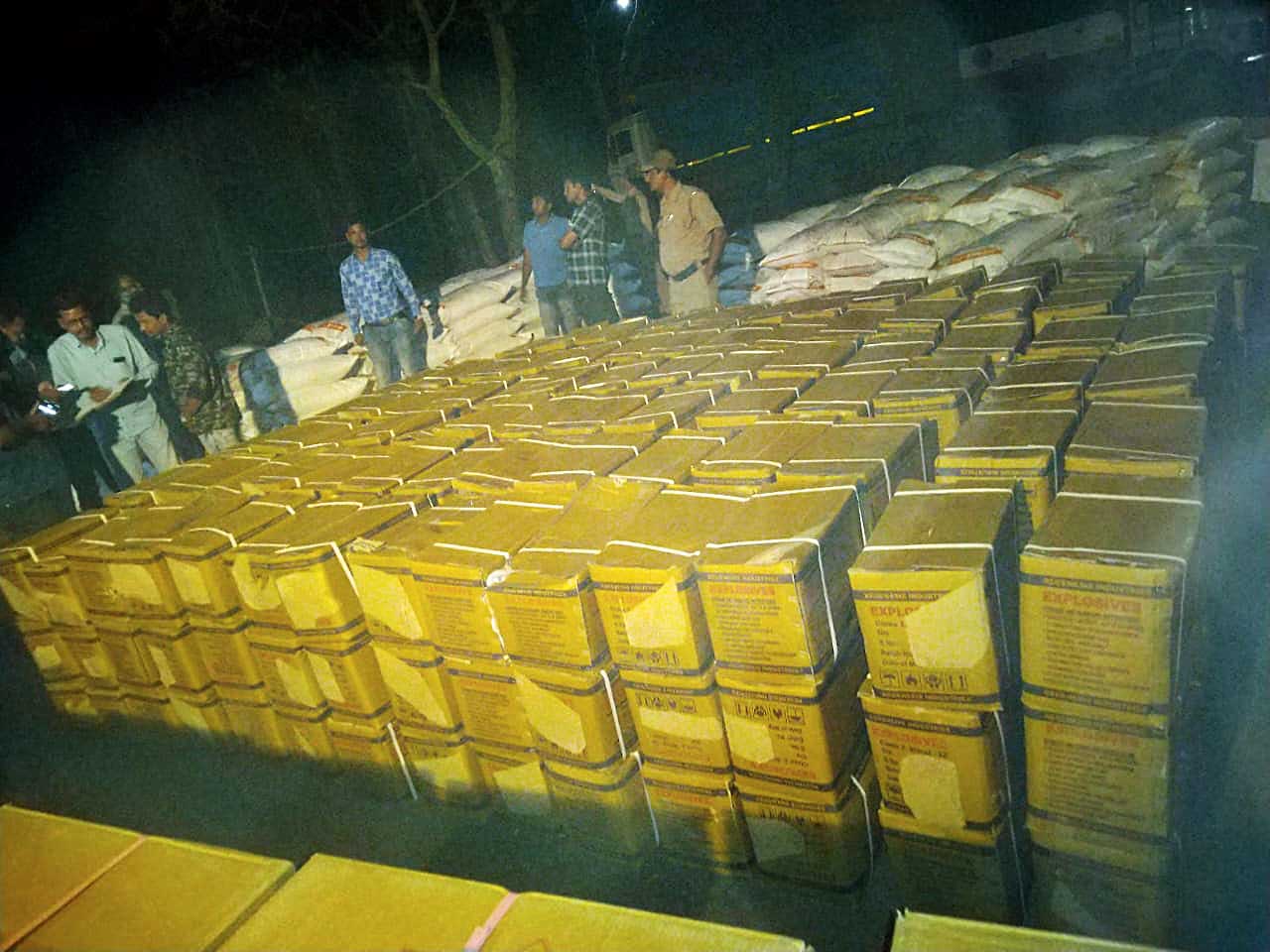 Three successive hauls of explosives in South Bengal in less than a week have raised concerns in civil and police administrations as raids continue in different parts of Birbhum, Bankura, West Burdwan and Purulia ahead of the Lok Sabha polls.

About 25 tonnes of explosives and 1.5 lakh detonators were seized.

Explosives are regularly shipped off from different parts of the country to the four districts which boast several stone quarries and coalmines. But the volume of explosives that police intercepted last week was huge.

On Wednesday night, the CID and police together seized 2,650kg high-intensity gelatine sticks, 6,650kg ammonium nitrate and 52,000 detonators from a house in Bankura’s Shaltora.

On Friday night, police seized 800 detonators, along with 200 gelatine sticks and a quintal of ammonium nitrate, in Bankura’s Indpur.

Police seized a truck from the Beliatore area of Bankura on Saturday evening and seized 17,000kg of ammonium nitrate and gelatin sticks, along with around one lakh detonators.

“Explosives are used in stone quarries and coal mines. In a few cases, legal miners also source the explosives for unofficial blasts. The explosives seized since Wednesday are all illegal shipments. These explosives are often brought in for use in illegal mining. Over the past three years, illegal shipments have been increasing . So, we are very worried. The CID is also keeping watch,” said a police officer of Bankura.

There are around 200 illegal stone quarries in Birbhum and around 30 in Bankura’s Shaltora and Indpur. As many as 350 illegal coalmines operate in different pockets of West Burdwan and Bankura.

Kamal Khan, the secretary of Birbhum Miners’ Association, said: “I am also surprised with the volume of the recoveries. Legal miners get their explosives through official channels.”

Police sources said the rise in shipments of illegal explosives was a major pre-election concern given the area’s history of rebel insurgency.

“The Election Commission has already asked the police to seize such explosives and arms. We have conducted raids to stop illegal mining. If there is any untoward incident before or during the elections, the image of the administration will be tarnished,” a police source in West Burdwan said.

Koteswara Rao, the Bankura police chief, said: “We are taking the hauls seriously and we have already started a thorough probe in this connection. We will find out where these explosives were supposed to reach.”

The police also said the amount of explosives could suggest a racket associated with illegal mines in neighbouring state.

“The amount of explosives were so big that it is possible there are connections to other illegal mines outside Bengal,” a senior officer said, referring to the region, which have borders with Jharkhand.