Explosion at vacant house in Malda 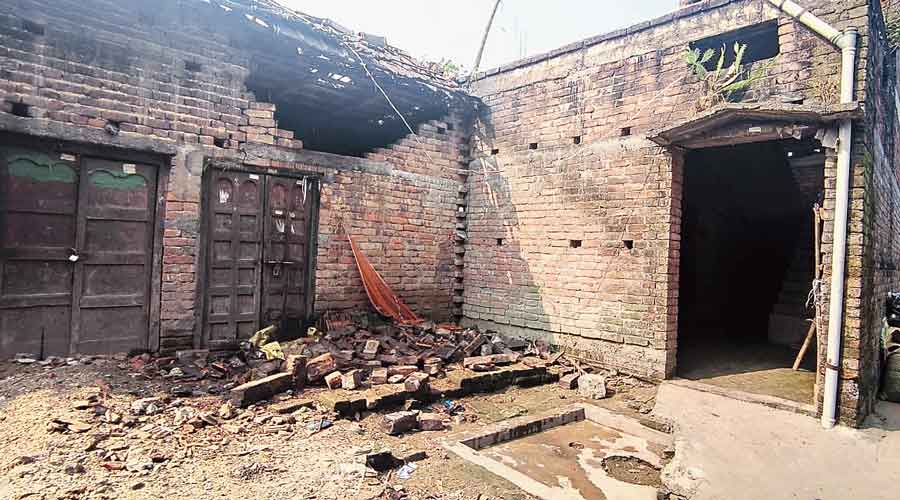 An explosion ripped apart a vacant house at Patuatuli village in Malda district on Sunday after crude bombs went off, triggering panic in the area.

Police rushed to the spot and have seized 40-odd crude bombs from the house and also from an adjacent litchi grove. Investigations have started.

According to sources, the explosion occurred at the house of Samiul around 10am, which was under lock and key. Sheikh works as a migrant worker in Kashmir. His family also stays with him. “The room and walls of Sheikh’s house have been damaged in the explosion,” said a source.

“Preliminary investigations have revealed that as the migrant worker had left his house locked and some anti-socials were using it for making and storing crude bombs,” said a police officer.

Anticipating that more bombs were stored at the locality, the police launched a search and soon found more crude bombs kept hidden in the litchi plantation adjacent to the house.

The bomb squad of CID was summoned and the bombs were defused at the site in the afternoon.

In Malda, crude bombs are made in different parts of Kaliachak and are used by miscreants during gang wars. Those bombs are mostly kept stored at orchards where people do not visit regularly.

Madanmohan Roy, the inspector-in-charge of Kaliachak police station, said no arrests have been made so far.

“We are conducting a search across the village. Also, our officers have gathered some information and are trying to trace those who had stored the bombs at the spot. We are also finding out whether anybody was injured in the explosion,” he said.