Kalyani had won the Assembly election in May last year on a BJP ticket, but defected to the Trinamul Congress in October 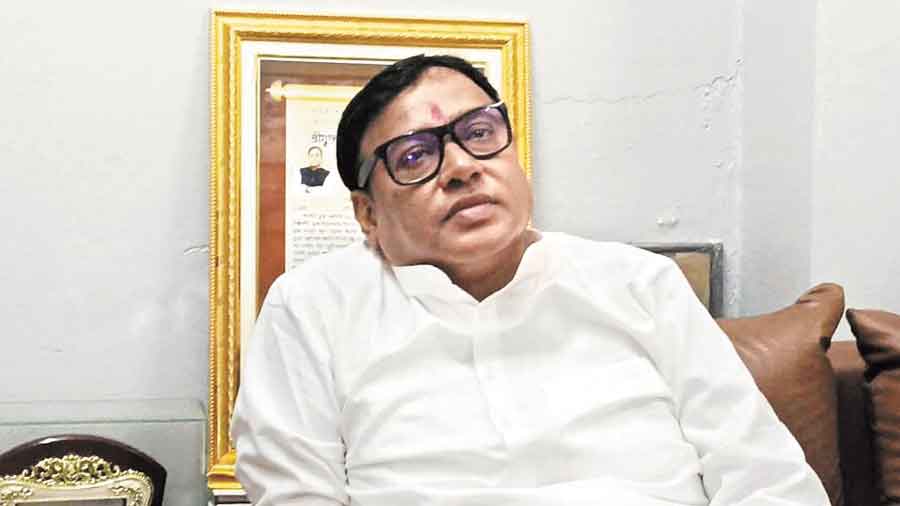 The Enforcement Directorate has sent a notice under the Prevention of Money Laundering Act to a company associated with Raiganj MLA Krishna Kalyani, seeking details of the advertisements the firm had broadcast on two channels in three fiscals.

Kalyani had won the Assembly election in May last year on a BJP ticket, but defected to the Trinamul Congress in October.

An assistant director at the ED office in CGO Complex, Salt Lake, sent the letter to Kalyani Solvex Private Limited on July 25. The MLA is a director of the company which was launched in 2002; and makes rice bran oil and fish feed and runs restaurants and other businesses.

“The company has been asked to furnish details of the advertisements which it had broadcast on two TV channels in three fiscals (2018-19, 2019-20 and 2021-22) in a stipulated format. It has also been mentioned that the company should provide details of the payments made to the channels for telecasting the advertisements,” said a source, who added that the letter had been sent according to the Prevention of Money Laundering Act, 2002.

Kalyani confirmed that the ED letter had reached his company, but denied having aired the advertisements on the channels.

“As far as I can recollect, our company has not aired any advertisement on TV channels named in the letter. We will soon send a reply to the notice. Let me make it clear that whether it is my business or my political activities, I always maintain transparency,” said the MLA.

A Trinamul leader in North Dinajpur said: “We would resort to protests if any attempt is made to unnecessarily harass the MLA.”

District BJP president Basudeb Sarkar said: “We hope the ED will obtain all necessary details to find out whether there is any anomaly in his business.”