She uses one number for running a beauty parlour. There is another such number which is not linked to any business. This on emay have been generated illegally to evade tax, says official 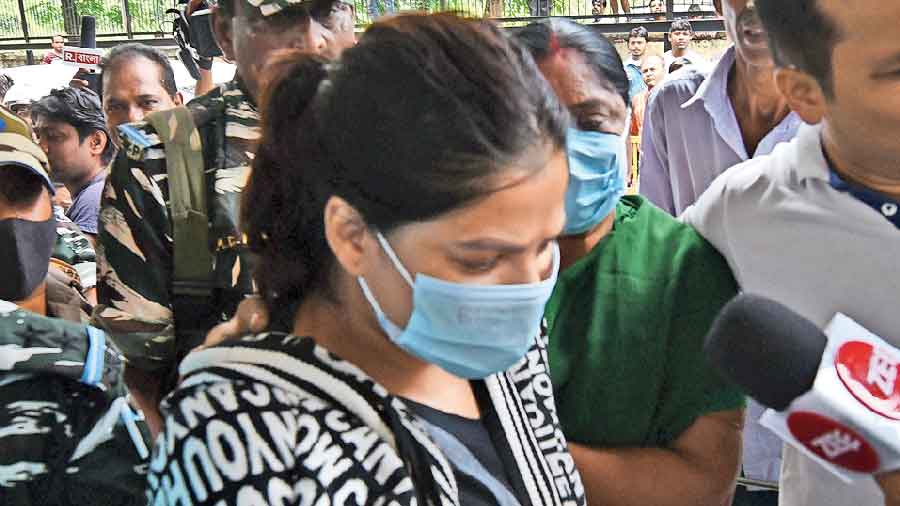 The Enforcement Directorate (ED) is looking into a GST number linked to Arpita Mukherjee, arrested in connection with the probe into school recruitment scam, as there are chances that it was generated illegally to evade tax, a senior official of the central agency has said.

The official also said that another round of searches were conducted at her flat in the Belgharia area of the city on Monday evening by the ED, and CCTV footage  collected from its vicinity to find out who all visited the residence.

"She used one GST number for running a beauty parlour business. There is another such number which is not linked to any business. We are trying to find out whether this one was generated in an illegal manner to evade tax," the official said on Monday.

Nearly Rs 50 crore in cash along with gold was recovered from apartments linked to Arpita Mukherjee, one of Chatterjee's close aides, as per sleuths of central agency.

Chatterjee, who is at the centre of the school recruitment scam, has not been cooperating with the agency sleuths, primarily refraining from replying to most of their questions in connection with their probe, according to the official. The suspended Trinamool Congress leader "remained silent most of the time" when asked about the conspiracy that he had referred to while speaking to journalists outside ESI Hospital at Joka where he was taken to for a medical check-up, the ED official said.

Chatterjee had on Friday asserted that he was a "victim of a conspiracy" and expressed unhappiness over TMC's decision to suspend him."He hasn't been cooperating with us since he was arrested. He is often complaining of tiredness and avoiding our questions. We have asked Chatterjee about his claims that the money (recovered in ED raids) does not belong to him. We are looking for the source of the money," the official told PTI.

On Sunday, Chatterjee had claimed that the money recovered does not belong to him, and only time would tell who all have "conspired" against him. During interrogation, Mukherjee also said that the pile of cash and jewellery recovered from two of her flats "were not hers".

The central agency is planning to interrogate Chatterjee and his close aide together on Tuesday, the official claimed.

Chatterjee, who was arrested on July 23, had held the education portfolio when the scam was allegedly pulled off.The CBI, as directed by Calcutta High Court, is probing the alleged irregularities in the recruitment of Group-C and -D staff as well as teachers in government-sponsored and -aided schools, on the recommendations of the West Bengal School Service Commission.

The ED is looking into the money trail involved in the scam.