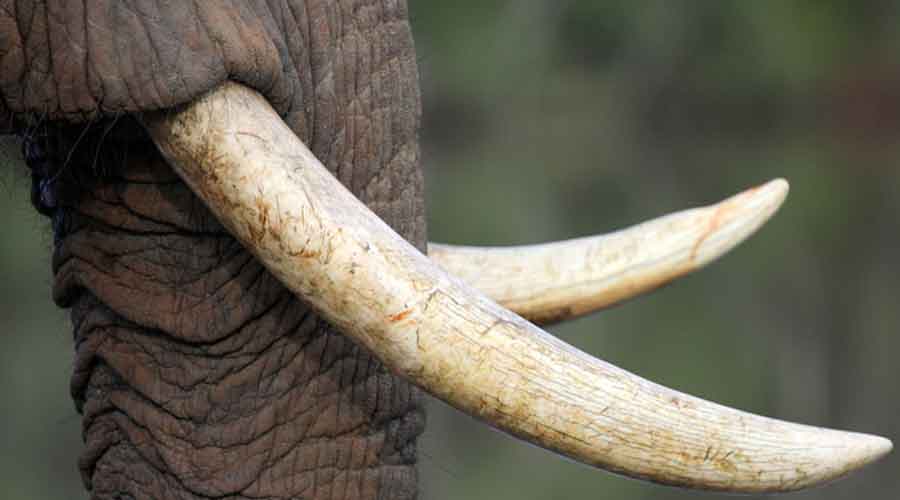 Foresters in Bankura spotted the carcass of an elephant from a tomato field in Belitatore’s Pirdagaria village on Monday morning.

This is the second death of a tusker in the Jungle Mahal, after Jhargram’s Nayagram, where foresters had recovered the carcass of a full-grown elephant on Saturday.

Foresters said they had found a live wire passing through the field where the elephant’s carcass was found on Monday.

“We are yet to confirm the reason for the death of the animal before the post-mortem report comes. The elephant might have raised its trunk and it came in contact with the live electric wire, leading to its electrocution. We are waiting for the post-mortem report,” said Kalyan Rai, the divisional forest officer of Bankura north forest division.

After the news of the elephant spread, around a thousand villagers gathered at the spot to catch a glimpse of the carcass. A large number of people were seen taking pictures and selfies with the carcass. However, a group of women offered flowers and smeared vermilion on the head of the elephant as part of a rural practice.

“Elephants are a threat to us as they regularly come and damage our crops. At the same time, their death hurts us. So, we came in a group and paid our homage as a last rite,” said Chumki Barik, a homemaker from Pirdagaria village.

In the case of the Jhargram elephant, foresters said the animal had died of critical cardiac arrest as it had accumulated fat.

“After post-mortem we came to know excessive fat was responsible for the death of the elephant. It was found dead in Jhargram on March 5,” said a forest official in Kharagpur forest division.