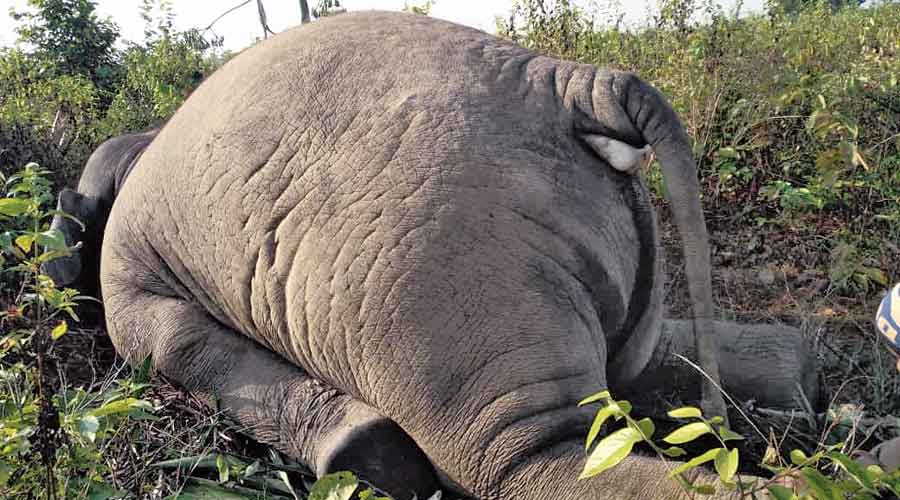 The carcass of a sub-adult wild elephant was found in Apalchand forest in Jalpaiguri on Friday morning.

This is the second elephant death that has been reported in north Bengal in the past 24 hours. On Thursday, a female elephant was found dead on the fringes of the Buxa Tiger Reserve in the neighbouring Alipurduar district.

Foresters said it appears that the elephant found dead in Apalchand forest — located under Kathambari forest range of Baikunthapur forest division in Malbazar of Jalpaiguri — had died three-four days ago as its carcass had started decomposing.

“We are waiting for the post-mortem report to ascertain the cause of death. As the carcass is decomposing, it is tough to assess whether it has sustained any external injury,” said a forest officer.

Such recurring incidents of elephant deaths have led to questions at different quarters.

Wildlife conservationists have pointed that the death of this sub-adult elephant has raised questions over the vigilance of the state forest department.

“Even if we consider that the elephant was ill, the animal should have come to the notice of the forest guards. It is surprising that they found the carcass at least three-four days after its death even though the spot where the jumbo was found dead is not far from the local forest office,” said Shyamaprasad Pandey, a Dooars-based wildlife conservationist.