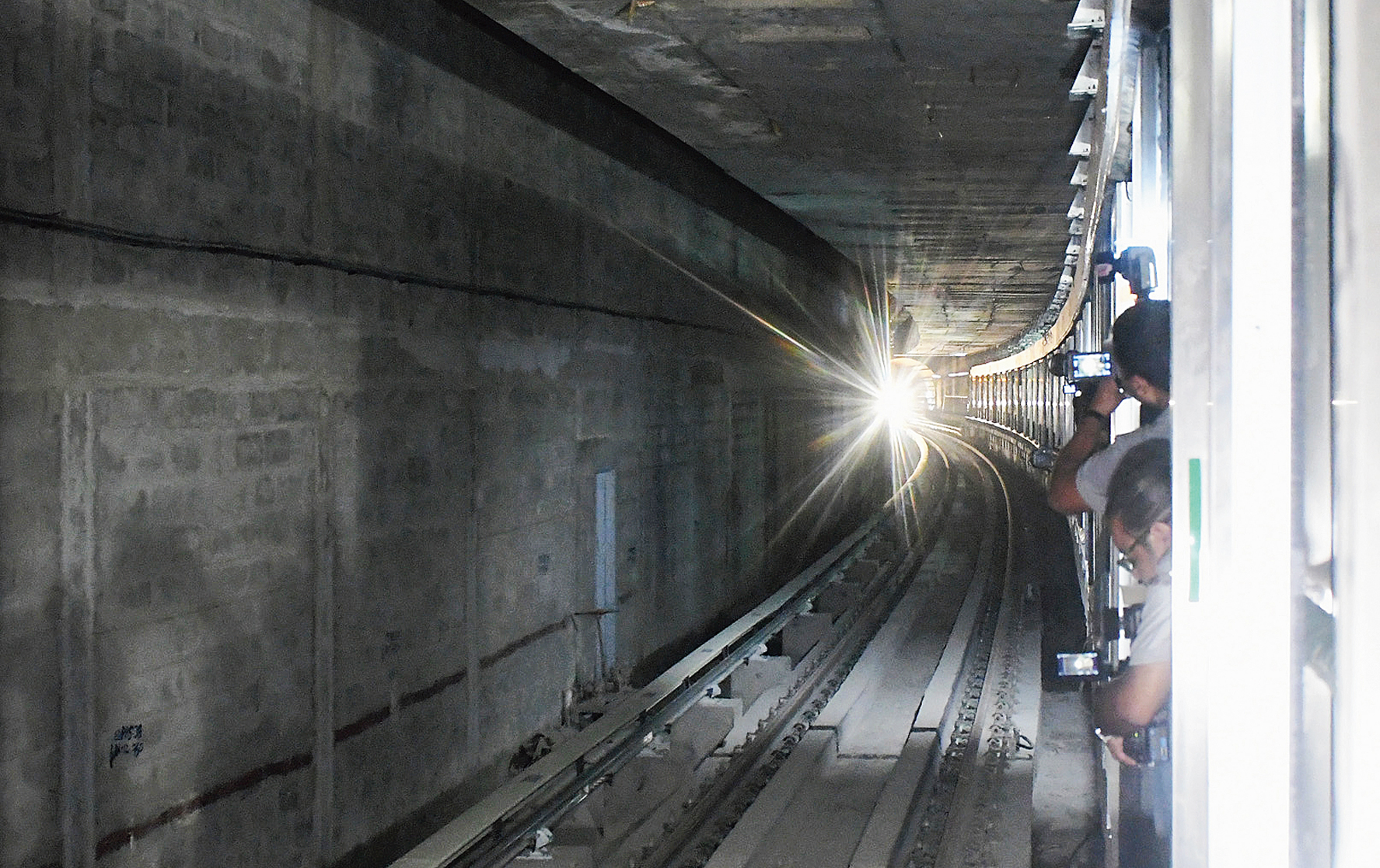 Engineers and officials on board the rake celebrated the completion of the trial run with high-fives and fist pumps, calling it a a significant step ahead for the project that will connect Salt Lake Sector V to Howrah Maidan through the Hooghly.

The trial was aimed at checking for design defects in the tunnel and the alignment between the train doors and the platform. The test passed on both counts, said a senior official of the Kolkata Metro Rail Corporation (KMRC), the project’s implementing agency.

East-West Metro will run between Sector V and Stadium stations, a distance of 5.5km with six stations on the stretch, in the first phase that is expected to be operational by July.

The services will be extended up to Phoolbagan by the end of this year, said another senior official of the KMRC.

“A large number of commuters would benefit when it is connected till Phoolbagan,” he said.

Before Friday, all trial runs of the East-West Metro had been on the elevated stretch between Sector V and Salt Lake Stadium stations. The route goes underground from Phoolbagan till Howrah Maidan.

The platform of Phoolbagan station, built around 18 metres underground, was buzzing with activity on Friday morning as h senior officials of the KMRC and ITD ITD-CEM, the construction company building the tunnels between Esplanade and Sealdah, prepared for the trial run.

Work is still underway at the station. Screen doors have already been set up along the platform but they are yet been synchronised with the train operations. The screen doors were opened manually during Friday’s trial run.

The six-coach train arrived at the station from the Salt Lake depot at 12.30pm. After picking up some officials, the train proceeded through the tunnel and stopped 500m short of Sealdah station.

The train switched tracks at a crossover point and returned to Phoolbagan. It then went beyond the underground tunnel to the elevated stretch that leads to the Stadium station. From there, the train again entered the underground portion and reached Phoolbagan, where the officials got off around 1.20pm. The total distance travelled on Friday was around 3km.

“The trial run had two primary objectives. We wanted to check the underground design of the tracks, tunnel and other infrastructure — check for infringements, mismatch in alignments, sharp edges and similar problems. There was none. We also wanted to see if the gap between the platform and train doors matched the design. The gap is 120m, like we had estimated,” said a senior engineer of the KMRC.

Pradip Kumar Chuan, the motorman of the train, said it ran at a speed of less than 15kmph on Friday. “But the journey was very smooth. It was jerk-free even at the sharp curves. The experience for passengers would be better than the existing north-south corridor,” said Chuan, who joined the KMRC from Metro Railway.

The electrical inspector of government of India gave formal clearance on Tuesday for power supply to the third rail from the Stadium station till the east end of Sealdah, paving the way for Friday’s trial run.

A foot-patrolling team surveyed the tracks between Sealdah and Sector V, around 9km apart, in the morning. A trolley inspected tracks. After getting the clearance, the third rail was charged before the train started to run.

Friday’s trial run was also the first time in 24 years that a Metro in Calcutta entered a new underground station, said Metro officials. The last time was in 1995 before MG Road Station was opened.

Kanai Mukherjee, a Metro Railway traffic inspector who was at the MG Road trial run 24 years ago, now works with KMRC and was on the East West train on Friday as well.

“The East-West Metro infrastructure is much better, like the walkway for emergency exit along the tunnel,” he said.