On Thursday, the DGCA had advised the airport to suspend operations between 9.30pm on Friday and 6pm on Saturday 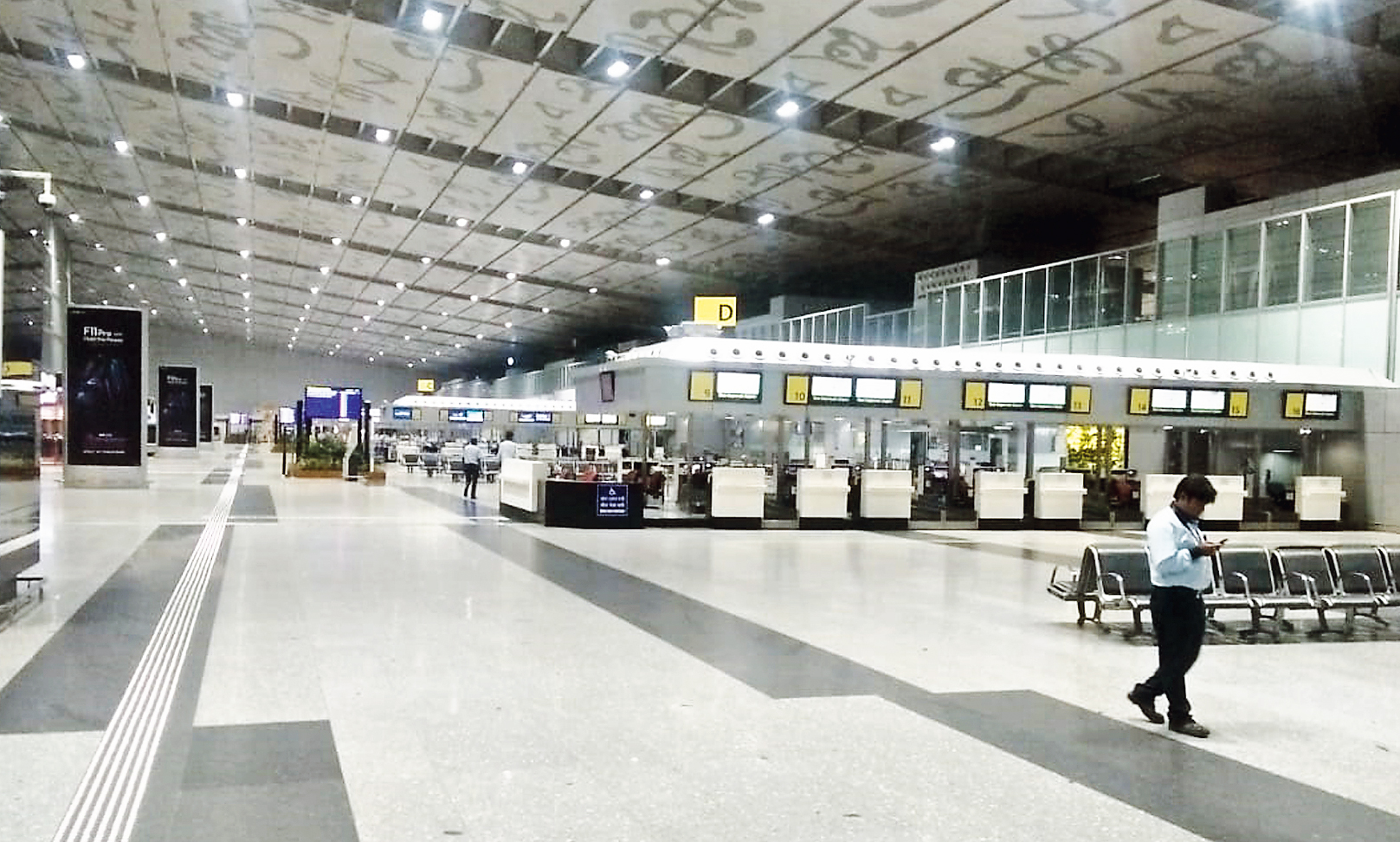 The Calcutta airport was shut down around 4pm on Friday — more than five hours before the scheduled suspension of operations — following a warning from the meteorological department that Cyclone Fani could hit the city earlier than expected.

An advisory issued by the directorate general of civil aviation (DGCA) at 11am on Friday stated that flight operations at Calcutta airport should remain suspended between 3pm on Friday and 8am on Saturday.

On Thursday, the DGCA had advised the airport to suspend operations between 9.30pm on Friday and 6pm on Saturday.

The airport authorities, however, allowed flights to operate till 4pm because the weather did not deteriorate. A Regent Airways flight for Dhaka was the last to take off, at 4.04pm.

The departure gates were closed at 4pm and the terminal wore a deserted look at 8pm, when the crowd count usually remains high.

Airport officials said 108 outbound flights and 119 inbound ones had been cancelled. “The flights were scheduled till Saturday morning. More flights can be cancelled if the bad weather persists,” an official said.

Many airlines said they had already cancelled flights scheduled for the later part of Saturday based on the earlier advisory.

Vistara said it would operate its 10.40am flight to Mumbai and 5.20pm flight to Delhi. An Air India spokesperson said the airline was planning to resume operations at 9.45am.

IndiGo sources said they would restart their services after 6pm. “We have already cancelled flights because of the previous advisory,” said an IndiGo official.

“The Met department at the Calcutta airport issued a fresh alert that the cyclone could hit Calcutta earlier than expected. They sent the alert to Delhi, based on which the DGCA issued a revised advisory at 11am asking us to suspend operations from 3pm,” an official at the airport said.

What added to the fear was a thunderstorm that struck around 11.30am, forcing a couple of flights to hover over Calcutta for about 20 minutes, sources said.

Many passengers alleged the airline did not inform them about cancellations.

Rashika Singh, a student at IIT Kharagpur, was to take an Air India flight to Varanasi. The flight was to take off at 3.30pm and Rashika arrived at the airport at 1.20pm. “Only on reaching the airport did I come to know that the flight had been cancelled, she said.

Thousands of passengers had queued up in front of the airline counters in the departure area for refunds and rescheduling. An official of a private airline said they were finding it difficult to reschedule so many passengers.

What caused the revised advisory?

“Fani was predicted to make landfall at Puri in Odisha in the afternoon and reach south Bengal between Friday night and Saturday morning. But the landfall happened in the morning. So, we thought we should bring it to the notice of the airport authorities that the cyclone might hit Calcutta earlier,” a Met department official said.