Drums, posters and a damper

Bright sun and blue sky too good to be true 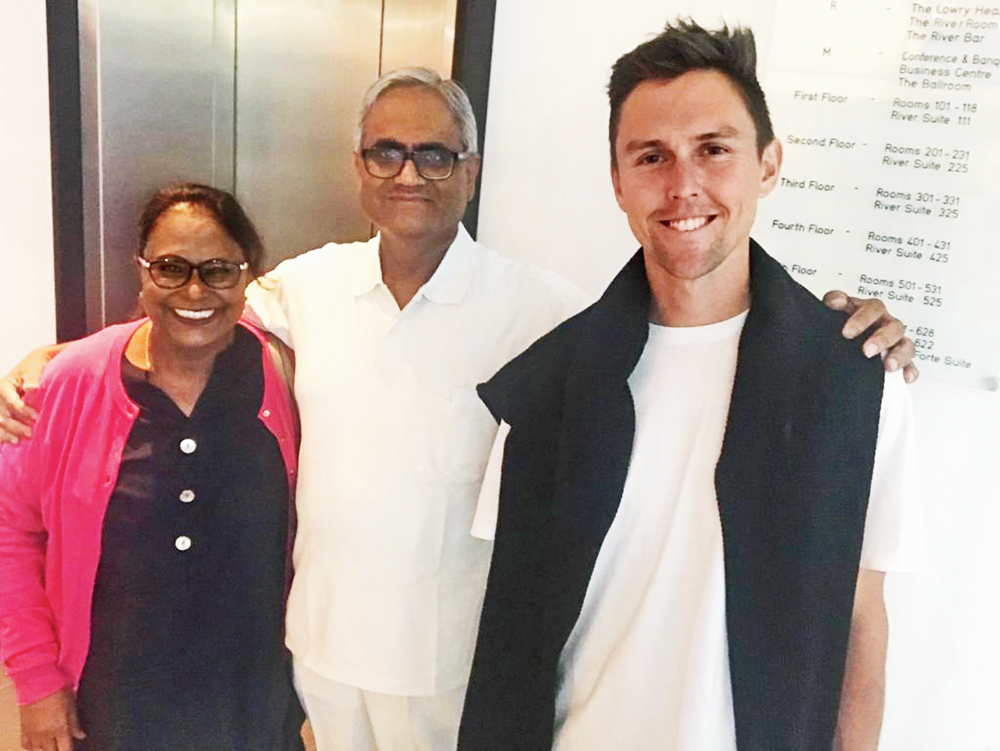 The sun was shining brightly, the Indians were bowling right on the money and the stadium was painted in blue. Everything was perfect and I kept praying it stayed that way.

But having spent more than two decades in the UK, I had a hunch it was all too good to be true. I was proved right before the 40th over, when the first grey clouds started appearing in the sky.

But before that, Old Trafford looked like an Indian ground. Ninety per cent of the crowd was Indian. Our stand had a group of Indian fans wearing embroidered dhoti and kurta and turbans — all in shades of saffron, green and white. The dress was similar to the traditional Rajasthani attire for men — the dhoti wrapped around like a pyjama. Most others had the Tricolour draped around their bodies. Drums and posters — Kohli and Dhoni on most of them — completed the festive mood.

As the first Kiwi wicket of Martin Guptill fell to (Jasprit) Bumrah, the stand erupted. An Australian, Graham, almost jumped out of his seat. Graham, who lives in Victoria, said he was hoping for an “epic final” between India and Australia.

By the end of the 40th over, the sky started changing colours. Some Indian fans in the stands hoped the Kiwis would be bowled out before the rain started.

When the covers were brought on in the 47 over, it had started drizzling. The initial consensus after the play was stopped was that it was a passing shower. But that was being over optimistic. Most of us were glued to our cellphones for weather updates and all were bleak.

There was a glimmer of hope around 5.50pm, when the covers were briefly removed. But within minutes, it started raining again and the covers were back. Soon after, people started leaving. By 6.30pm, the stands were virtually empty. We were among the last to leave.

But the day before did not have a dull moment. Last night we went to a nearby Indian restaurant off Bridge Street. All the tables were full — needless to say, with Indian patrons — and we had to wait for 20 minutes before we got a table. On our way back to the hotel, we met Trent Boult, the spearhead of the Kiwi pace battery. He might be lethal on the field but off it, he is an extremely sweet bloke. Hearing that we had come from Calcutta, he spoke of his stint with the Kolkata Knight Riders. “I have fond memories of the city and cherish playing at the Eden Gardens. The atmosphere is unrivalled,” Boult told us.

We also met his in-laws, who had come to root for the Kiwis from the stands. Boult’s father-in-law, Keith, is a banker and mother-in-law, Sandy, a homemaker. Sandy invited us to their home in Auckland the next time we were in New Zealand.

The breakfast buffet was pretty elaborate. An area was carved out for the New Zealand squad. The players concentrated on fruits, cheese and eggs. Cricketers need to stay fuelled and hydrated throughout a game. Their meal before a match should include protein, fibre, vitamins, minerals and small amounts of fat. The players appeared to be in a relaxed mood. We walked up to them and wished them luck for the match. They were very courteous and thanked us.