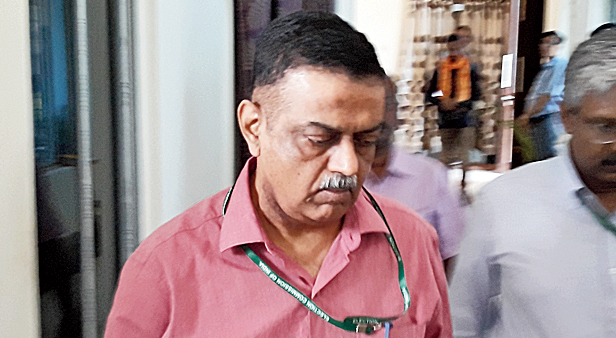 Birbhum district Trinamul leaders on Sunday urged special central police observer Vivek Dubey to ensure that paramilitary personnel did not enter inside polling booths unless it was completely necessary.

Trinamul’s move comes in the wake of chief minister Mamata Banerjee’s allegation that a section of central troopers were sitting inside booths in the Malda South and Balurghat Lok Sabha seats and asking voters to vote for the BJP.

“We have urged the special central police observer to ensure that paramilitary personnel work within their limits. We have requested him not to allow them inside polling booths without any emergency or if they are asked by the presiding officer concerned,” said Roy Chowdhury.

Sinha said there were complaints that central troopers were distributing their mobile phone numbers to common people and asking them to call up in crisis. “It is not their duty. The police observer has assured us that he will ensure that central forces do not enter booths,” said Sinha.

Dubey held meetings with the Birbhum district magistrate, police superintendent and commandants of central forces, besides political leaders, in Suri on Sunday to discuss arrangements for the voting Monday.

“All voters can go and cast their votes without fear,” said Dubey after the meeting.

“I have talked to leaders of all political parties and listened to their suggestions to ensure free and fair polls in Birbhum. I have discussed with officials arrangements to make the polling a success,” he added.