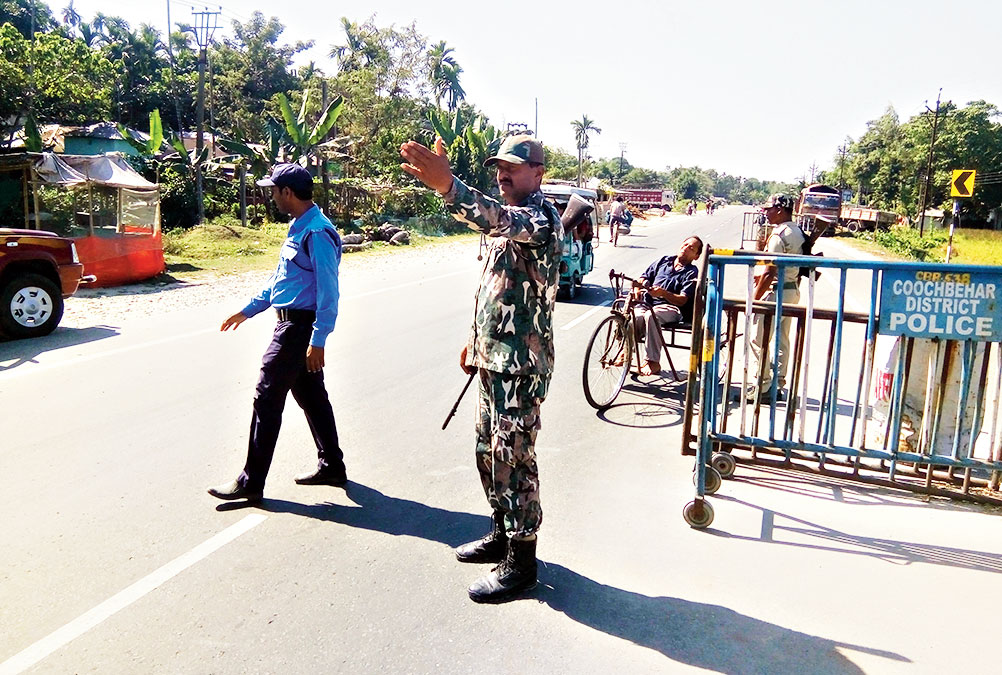 Police at Langalgram in Buxirhat, near the Assam border, on Friday.
Picture by Main Uddin Chisti
Anirban Choudhury   |   Published 02.11.18, 07:32 PM

The Tinsukia massacre and its aftermath have marred pre-Diwali trade in Alipurduar and Cooch Behar as wholesalers and retailers from bordering Assam source their supplies from these two Bengal districts.

“We do brisk business every year during Diwali as many people from the neighbouring districts of Assam, such as Kokrajhar and Dhubri, come to the markets here to buy an array of items like decorative lights, crackers, garments and even gold and silver. Like every year, we have stocked up ahead of the festive season, but now there is an uncertainty,” said Kartick Saha, secretary of the Barovisha Byabsayee Samiti.

Barovisha is the last major trade hub in Bengal along the Alipurduar-Assam border.

There was hardly any traffic along the border because of the strike in the neighbouring state in protest against Thursday’s killings.

“Because of the strike, only a handful of vehicles, mostly private, plied between Assam and Bengal on Friday. If people from Assam do not come to the market in Barovisha, we lose business of around Rs 50 lakh a day,” Saha said.

Traders at Baxirhat in Cooch Behar, another trading point between Bengal and Assam, expressed similar feelings as they eagerly awaited buyers.