CLUB: Durga Sporting, a club from Kharagpur’s Golkhuli for which Robin and Dhoni used to play tennis-ball cricket, still has three players who played with them on the team list — all-rounder Soma, who runs a catering business and had provided a 10x12 ft tenement to Dhoni free of cost, medium-pacer Sheikh Anwar, who works as a cleaner for a railway contractor, 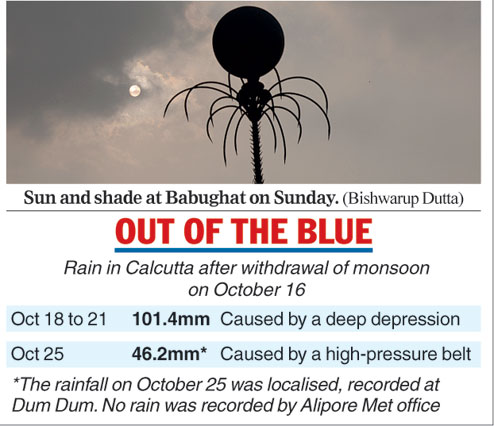 Durga Sporting, a club from Kharagpur’s Golkhuli for which Robin and Dhoni used to play tennis-ball cricket, still has three players who played with them on the team list — all-rounder Soma, who runs a catering business and had provided a 10x12 ft tenement to Dhoni free of cost, medium-pacer Sheikh Anwar, who works as a cleaner for a railway contractor, and off-spinner Santosh Bihari, who is still to find a job. On the afternoon before the film’s release, they were practising for an upcoming tournament. Robin too joined in, reliving memories of the time when he used to rotate strike with Dhoni. The club members got new jerseys made, spending Rs 10,000, to dress up for the Friday film that features their club but the first-day shows were all sold out.

A Dhoni museum has come up at the SERSA stadium in one of the two rooms there that Dhoni shared with others for a few months, the last of his three homes in Kharagpur. In this museum, a photocopy of Dhoni’s “particulars of service” has been put up (picture above). It has his fingerprints. The document says his basic pay was Rs 3,050. His old friends recounted that he used to get about Rs 5,000 per month. According to the document, the “date of his first appointment” is 14.07.2001, his educational qualification is HS and one of his identification marks is “one mole below
the left eye”.

Dhoni’s work as ticket collector at Kharagpur, the running about he had to do and the rigorous cricket practice that followed have been reproduced in the film by Neeraj Pandey. His job involved going from one platform to another to hand over the “quota charts” to the travelling ticket examiners of long-distance trains that stopped at Kharagpur. He had to run sometimes from one platform to another, as the film shows Sushant doing. “He often got frustrated with this work,” Robin recounted. Like the other ticket collectors, he did not have a desk but the film shows a desk with Dhoni’s name on it (picture above shows the actual Kharagpur station room where the scene was shot).

Robin remembers first seeing Dhoni at a trial in 2001 that the then divisional railway manager in Kharagpur, Animesh Ganguly, had organised at the local SERSA stadium. Ganguly himself bowled to the “new hard-hitting talent” in the trial, which is shown at length in the film (scene above shows Sushant Singh Rajput at the stadium). Dhoni passed the test and got the job of a ticket collector. “He moved in at cricketer Satya Prakash’s quarters in the outhouse of the DRM bungalow, where two of us were already staying with Sattu. But when Sattu got married we had to move to another quarters in Golkhuli,” recounted Robin. This room, not shown in the film, is a 10x12ft space (picture below), which Dhoni and Robin shared with two others. He used to bathe in the open at a well outside.

The Dhoni museum has several pictures, including the one below of young Dhoni and his Kharagpur friends: (from left) Deepak Singh, Robin, Nadeem Raja and Vipin Singh, who has his arm on Dhoni’s shoulder, during one of their bike outings. Dhoni used to ride Robin’s Bajaj Pulsar when they went to Mecheda, Panskura or Digha to play tennis-ball cricket. He also rode a Yamaha RX135 that Satya Prakash bought later. Dhoni’s current collection includes a Kawasaki Ninja H2, a Confederate X132 Hellcat, a Kawasaki ZX14R Ninja, a Harley Davidson Fat Boy, Yamaha Thundercat, Royal Enfield Machismo, Ducati 1098 and Yamaha RD350. The film, too, shows Sushant’s garage filling up with bikes.

Robin was impressed with the “seriousness” with which Kharagpur and cricket were depicted in the movie. “Sushant has done such a nice job… not just the mannerisms, also the shots he plays. They look authentic. He looked every bit like Dhoni. During the shoot at Kharagpur, he was even talking like Mahi off camera. When I told him that, he said it was his job to be Dhoni for the time being.” But Robin was not impressed with his own depiction in the film. “Woh toh itna gora hai (but the actor is so fair),” he cribbed.