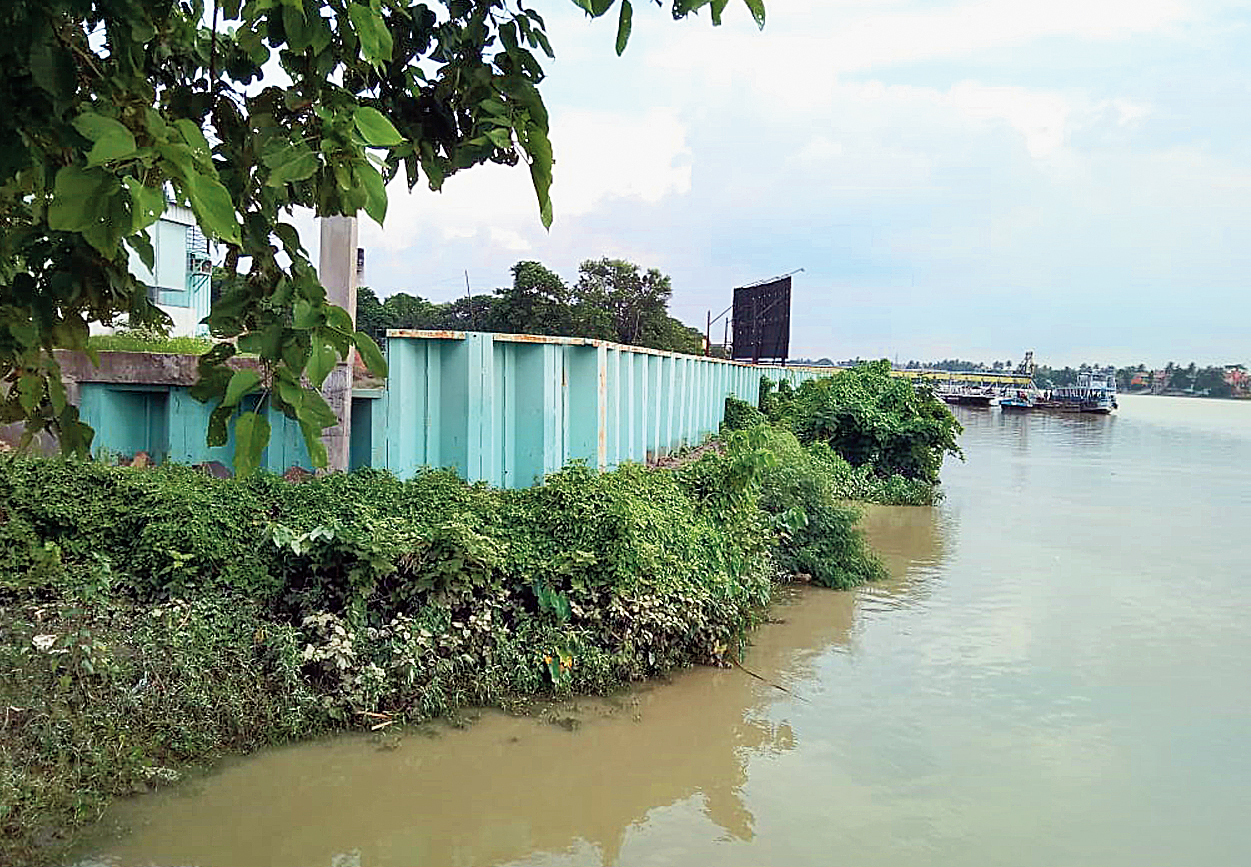 The state pollution control board has ordered the demolition of a portion of a riverside realty project in Barrackpore that is allegedly “impeding the flow of river Hooghly”.

The project, on the northern fringe of the city, will have to comply with the order within seven days of receiving it or by August 31, whichever is earlier.

Rameswara Riverview, built by Rameswara Infraspace LLP, is primarily a housing project spread across 5.61 acres and includes 361 apartments, according to its website.

A representative from Rameswara, however, said the construction under the pollution control board’s scanner was a riverbank protection project but could not explain why the construction had encroached on the river.

Senior officials of the pollution board and environmentalists termed the order “significant” as this was the first time in over a decade that an unauthorised construction on the Hooghly had been asked to be demolished.

“The industry shall remove/demolish boundary wall impeding the flow of river Hooghly and other unauthorised construction within 11m corridor from high water line of the river Hooghly in… Rameswara River View,” states the order passed on August 20. It was signed by the member-secretary of the pollution control board.

The builders have been directed to undertake the demolition at their cost. If they fail to comply with the order, the North 24-Parganas district magistrate will execute it with logistic support from the pollution control board.

The demolition order has been passed under the provisions of the water (prevention and control of pollution) act, 1974, and the environment (protection) act of 1986.

Avisekh Mohta , the general manager (commercial) of Rameswara Infra Space, said there had been “a confusion regarding river protection work carried out in keeping with the instructions and sanction issued by the port trust”.“We are in the process of clearing the confusion with the pollution control board,” he said.

The company has been asked to “restore the river bank in its original form” and stop any further construction at the site that may impede the natural flow of the river.

The pollution control board, besides conducting an inquiry and hearing on its own, has referred to a letter from the marine division of the port trust in its order. The director of the marine department of the port trust had mentioned in his letter that the construction barricaded the waterfront using sheet piles within 11m of the high- water line (the line of the shore to which the waters usually reaches at high tide).

The letter states that all construction must be removed from the earmarked corridor. “I welcome the order but will soon request the state pollution control board to demolish other illegal encroachments that have come up in other parts of the Hooghly,” said Biswajit Mukherjee, former chief law officer of the state green board and erstwhile convener of the high court-appointed Ganga committee.

Environment activist Subhas Datta was more specific. “Following the same logic and law, the extended portion adjoining the Nimtala crematorium and the walkway near Millennium Park, which juts into the river, should also be demolished.”