The buildings shudder every time the machines work 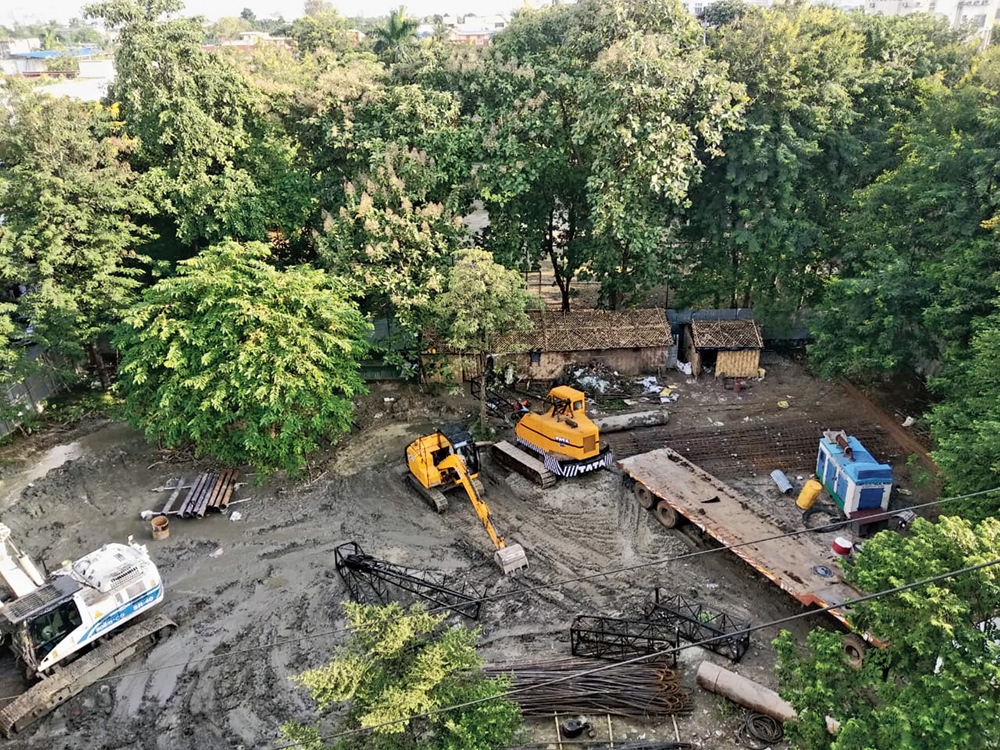 Several buildings in DB Block have developed cracks allegedly due to the ongoing construction work of a highrise office of the West Bengal Joint Entrance Examinations Board in the midst of the block.

According to residents, the contractor constructing the building is using a huge piling rig in order to lay the foundation of the building and is using heavy earth-moving equipment.

The buildings shudder every time the machines work and cracks have appeared on the facade a few days back when the piling work started, a resident said.

They have also had to spend sleepless nights thanks to the noisy smoke-belching machines.

According to Buddhadeb Basu, a resident, they had reported that cracks were appearing on their building to the Bidhannagar north police station after which a team, led by a police officer, visited the site on October 21. He assured them that an engineer would get in touch.

“One day a man who claimed to be an engineer, accompanied by the building’s contractor and several labourers came to our building and wanted to see where the cracks were,” said Basu. When Basu, along with other residents, showed them around the retired merchant navy personnel said that they were allegedly pushed around and heckled by the men.

“They wanted to get into a scuffle with us,” said Kalyan Banerjee, the 80-year-old president of the block.

The DB Residents’ Association had filed a public interest litigation (PIL) opposing the construction of the building in 2017 and work had stopped for the past two years but it has resumed a few days back. The residents’ body has shot off a letter to the commissioner of the Bidhannagar City Police seeking urgent intervention, especially about the alleged heckling by the contractor’s men. 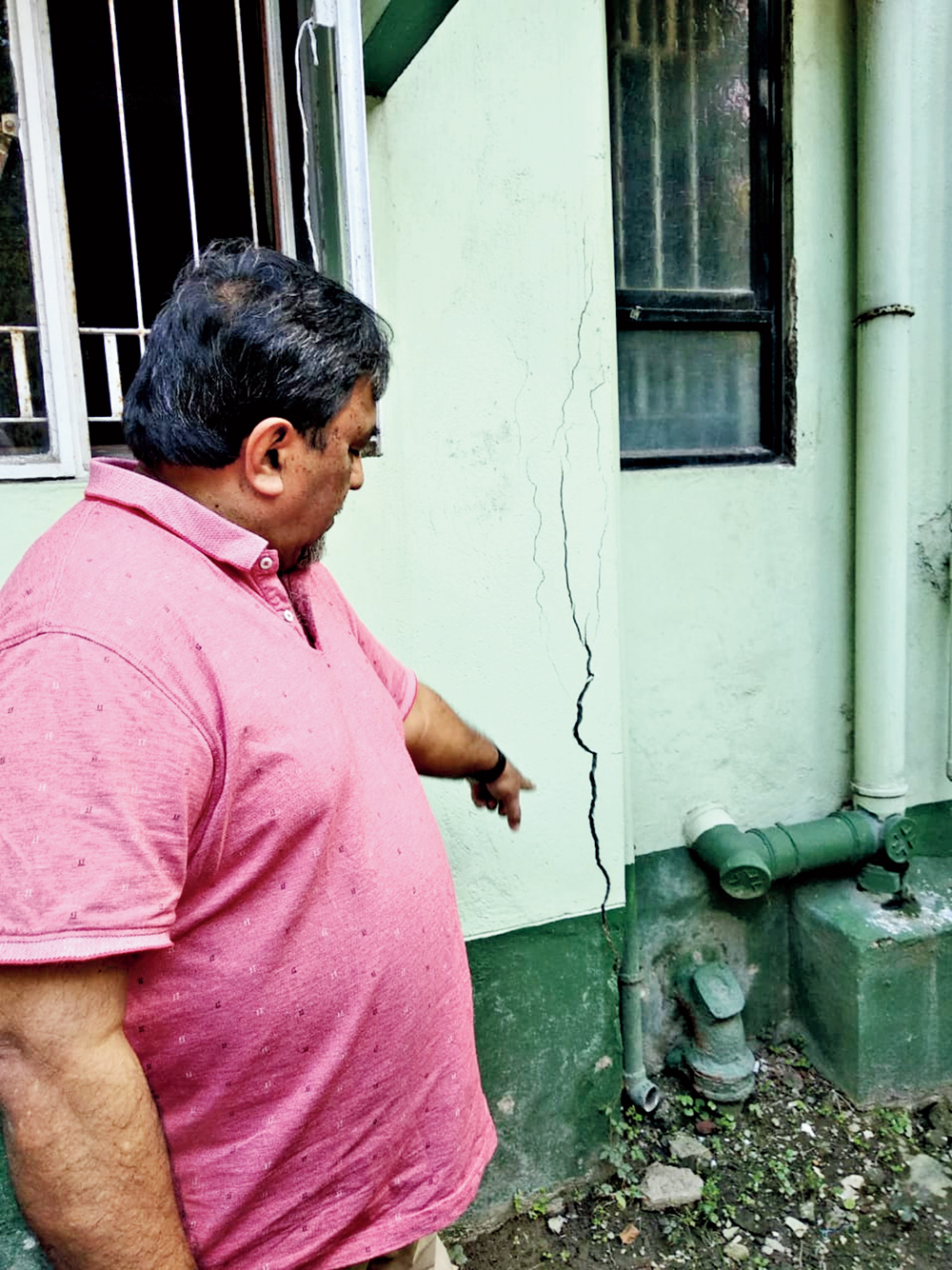 The bone of contention is DB 118, a 24-cottah plot adjacent to DB Park, that had been lying vacant all these years. “In the master plan of Salt Lake, that plot is earmarked for a primary school but now the government wants to build a seven-storeyed office for the West Bengal Joint Entrance Examinations Board there. This is unacceptable,” said Arunangshu Chakraborty, an advocate who is handling the case on behalf of the residents of the block.

Manotosh Dutta, another resident, said that the block could not support such a large office.

“There would be outsiders crowding our bylanes. Hawkers and cars would block our roads and driveways,” said Dutta.

According to him, he and his wife have to spend sleepless nights when the piling rig works. “The other day the glass of one of our cabinets shattered,” said Dutta.

On Tuesday and Wednesday, the residents took to the streets and this time managed to get the men to stop work.

The DB Block project is being undertaken by Bridge & Roof and the sub-contractor is Arcon Project. The cost of the complex is around Rs 18 crore.

At present the plot is cordoned off by tin sheets. Inside are a hydraulic earthmover and a huge piling rig. “Ten of us were working here eight hours a day. A group of residents suddenly asked us to stop. We did not want to get into an argument,” said a labourer.

A senior official of the Joint Entrance Examination Board said they were executing a project sanctioned by a government order. “The residents are creating trouble for us for no reason. Already work was stalled for more than two years,” said the official.

He added that their office was at the then-BE College campus in Sibpur since the board’s formation in 1962. “Then in 2008 we were asked to shift to Sector V where we were allotted four floors of a building in AQ Block. DB Block is supposed to be our new address,” he said.