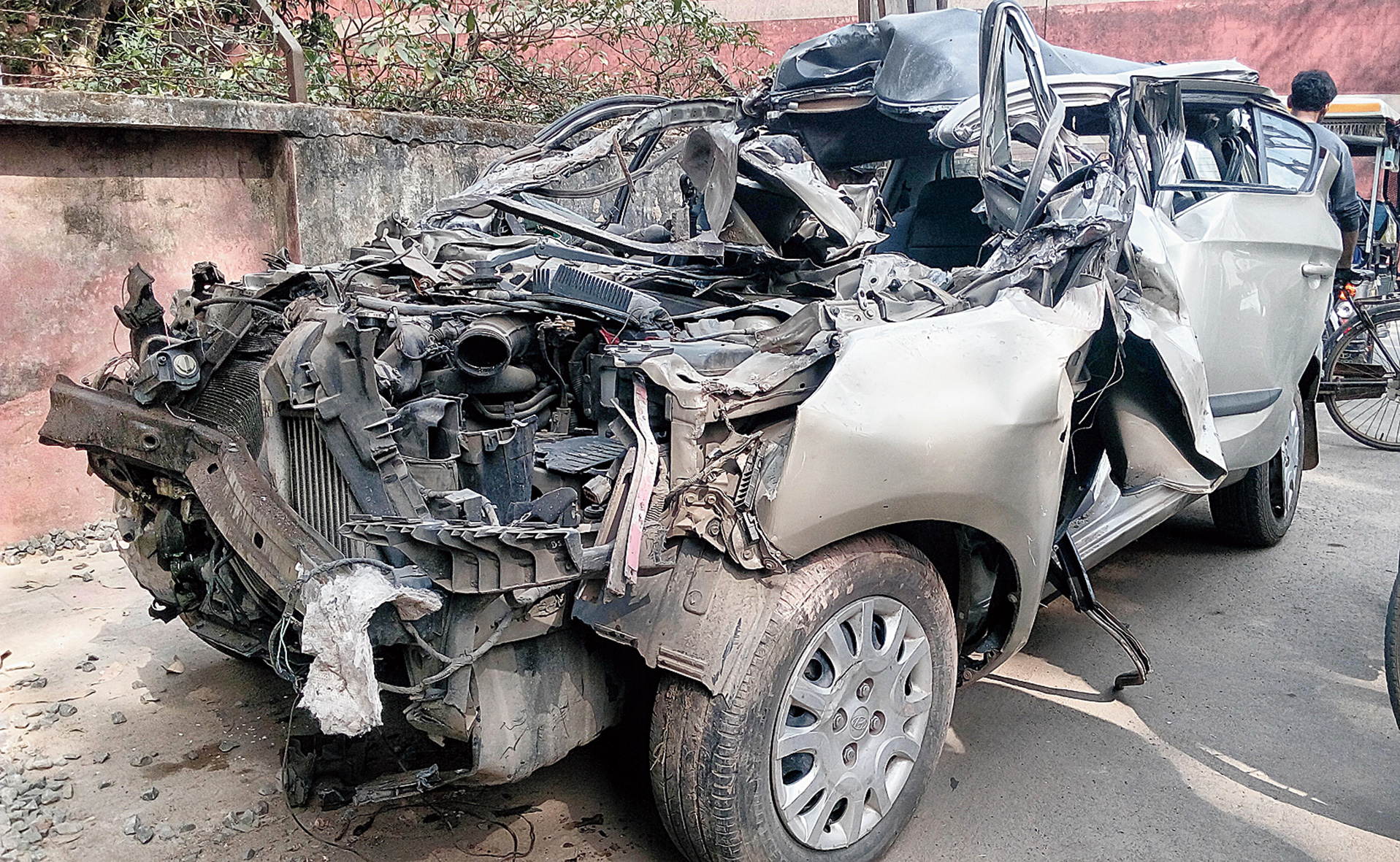 A young businessman and his fiancée who were engaged two months ago and planned to marry next year died after their car rammed into the back of a stationary bus on a highway in Nadia’s Ranaghat late on Friday night.

Sajal Acharya, 26, and Rama Adhikary, 21, were driving back home to Ranaghat from an evening date when their car smashed into the bus at Habibpur crossing on National Highway 12, leaving the Hyundai mangled beyond recognition.

Acharya died on the spot and Adhikary at the Ranaghat Sub-divisional Hospital. Acharya was a dealer in used cars and Adhikary a BA second-year student.

Residents and family members blamed police for the accident, alleging inaction in curbing the menace of drivers parking vehicles on the edge of the highways without switching on emergency lights. They said such lapses had resulted in many fatal accidents, more so during fog in winter. “Visibility was poor on Friday night because of fog,” said a shop-owner near the site.

Acharya’s mother Preeti blamed the bus. “I have heard the bus was standing by the side of the road and had no lights on. These things have been happening too frequently. Our loss is irreparable,” Preeti said.

A Ranaghat police officer claimed speeding led to the crash. “The deceased was driving at very high speed and lost control trying to overtake a truck. It couldn’t be ascertained if the emergency lights of the bus were on,” the officer said.

Residents alleged that a large number of vehicles, particularly trucks, park dangerously while their drivers step into dhabas along the highway.