In the absence of recognition from the Tea Board, these small farmers are selling their produce to international and domestic buyers whose are not looking for the Darjeeling Tea tag 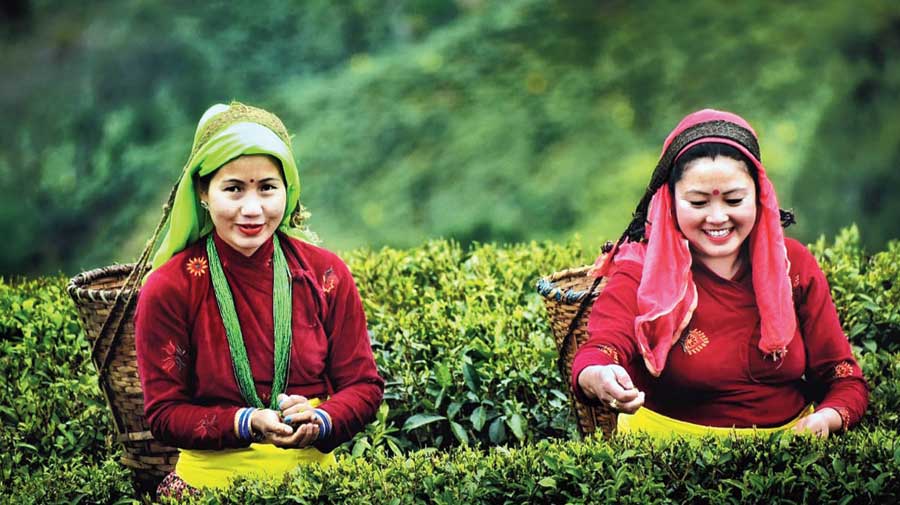 More than 350- small tea growers from Darjeeling hills have not been able to market their product as Darjeeling Tea for the past six years even though the annual production of such growers in the rest of Bengal has surpassed the yield of tea gardens.

According to the Tea Board of India data, of the 424.06 million kilos, the small tea sector contributed 237.01 million kilos and the established tea estates produced 187.05 million kilos in 2019.

The story is, however, different in the hills of Darjeeling whose produce is world famous.

In 2015, Bhawesh Niroula, 36, a software in Bangalore left his job and returned home at Pubong to cultivate tea in his 3 acre land and tied with another 180-odd small tea growers. “I secured a loan of approximately Rs 1 crore from a bank to set up Niroula’s Tea Factory,” said Niroula.

About 40 kilometers away in Bungkulung in Mirik, Darjeeling Orthodox Small Tea Growers Welfare Society also set up a manufacturing unit the same year to process tea plucked by 150 small tea growers with a loan of Rs 60 lakhs.

These two set of farmers had decided to manufacture their own tea after they came across a Tea Board of India circulation dated February 28, 2014 that stated that factories producing less than 500 kgs of tea per day would be termed “mini factories.”

The hill units produce about 7,000 kgs of made tea monthly.

“These factories are exempted from the provisions of the TMCO (Tea (Marketing) Control Order) and the Board will issue them a certificate to enable them to sale their produce in the auctions,” the order reads.

“This is why we set up the factory and since then we have been requesting the Tea Board to issue us a certificate but to no avail,” rued Niroula.

Both Niroula’s and the welfare society’s factories have not been able to sell the produce through auction or even as Darjeeling Tea or use the Darjeeling Tea logo in the absence of the certificate.

The 87 gardens from Darjeeling hills have been recognised as a Geographic Indicator in 2003, which means only tea grown or produced in the 87 tea gardens in the defined geographic areas and registered with the Tea Board can be sold as Darjeeling Tea.

Farmers in the hills argue that their produce should be recognised as it is grown in Darjeeling hills and the same leaves are accepted by the 87 tea gardens, which sell their products as Darjeeling Tea. “Even Darjeeling BJP MP Raju Bista and Trinamul MP Shanta Chhetri, who are both members of the tea board are batting for us,” said Niroula.

Sources in the Tea Board also admitted to technical difficulties arising from GI provisions. “Changes have to be made in the GI registry and the units have to be registered,” said a source in the tea board.

GI issues are handled by department of promotion of industry and internal trade.

In the absence of recognition from the Tea Board, these small farmers are selling their produce to international and domestic buyers whose are not looking for the Darjeeling Tea tag.

“But we are being forced to sell at lower rates even though we pay higher prices to our farmers for their green leaves compared to the rate of tea gardens,” said Niroula.

However, tea from these farmers are being recognised internationally.

Niroula’s Pride won the gold medal at the 11th International Famous Tea Appraisal held in China in May 2016.