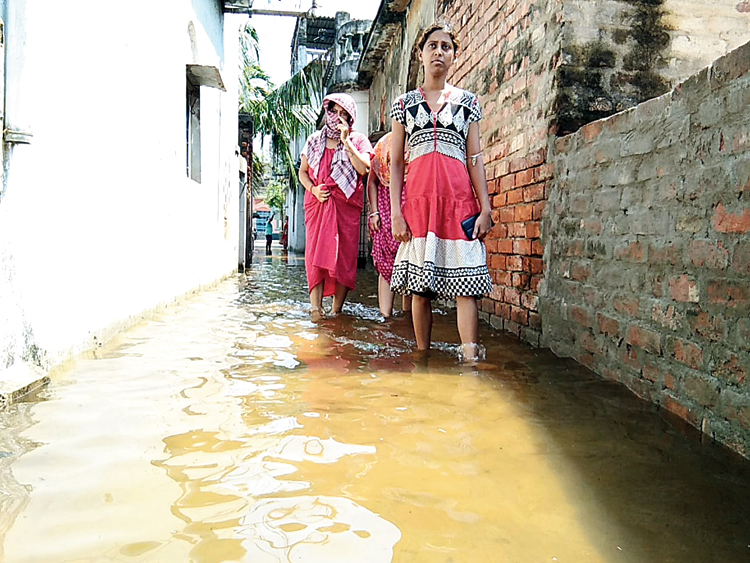 Residents of at least six wards in Basirhat town blocked two roads on Wednesday, accusing the civic administration of failing to drain out knee-deep water accumulated when Cyclone Amphan had hit the state on May 20.

The protesters blocked Taki Road and SS Majumder Road for three hours. They said repeated spells of rain had aggravated the water-logging. The blockades that started at 10am disrupted traffic.

The protesters lifted the blockade when police assured them that the matter would be taken up with the administration for an immediate solution.

With drains and sewerage systems overflowing in many areas, dirty water entered residential buildings and shops. Power supply had to be snapped because of water-logging. Drinking water supply was hit because of the outage.

Rama Saha, an elderly homemaker, said: “We have been living in a horrible situation for the past two weeks. Yet, the local civic authorities remained in slumber. They did not bother to visit the area to pump out the water or send water tankers. We are being forced to live in dirty water coexisting with snakes and frogs.”

Pampa Banerjee, another resident, said: “The civic authorities did not bother to repair the drainage system in time. It is quite unimaginable that the authorities could not manage to pump out water even after two weeks.”

Municipal chairman Tapan Sarkar said the civic body had taken an initiative to drain out water but it could not be done because of incessant rain. “We have deployed machines to clear the drains. But a fresh shower on Tuesday night worsened the situation. The problem will be addressed soon.”