Currency Building, a Calcutta heritage, turns into an exhibition hub 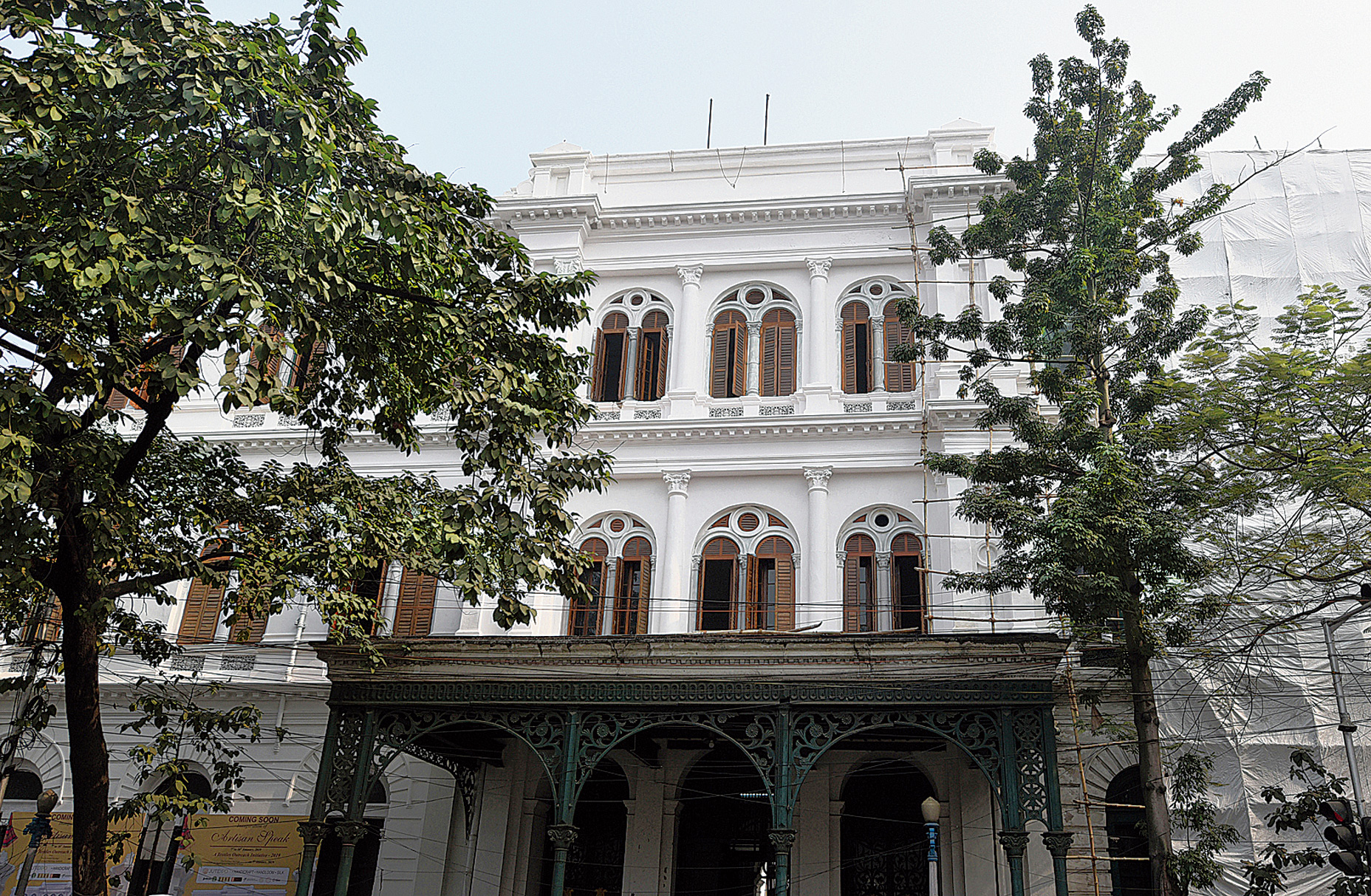 The Currency Building at Dalhousie after restoration and conservation. The facade of the more than 150-year-old structure has been given a fresh coat of paint.
Pradip Sanyal
Subhajoy Roy   |   Calcutta   |   Published 05.01.19, 06:58 PM

The more than 150-year-old majestic white building overlooking Dalhousie Square is all set to gain currency as an exhibition hub from Monday.

A jute and silk exhibition will be the first public event to be held at Currency Building in at least a decade.

All three floors of the western wing — facing Esplanade station of the East-West Metro — will house the exhibition.

Conservation and restoration work has been carried out in the building to turn it into a hub for exhibitions.

“We chose Currency Building because it is as much a part of Bengal’s heritage and history as jute. Besides, its availability after restoration and its location were also favourable factors,” said Arvind Kumar, the secretary of the National Jute Board, which will host the exhibition.

The website of Archaeological Survey of India (ASI), the custodian of Currency Building, says that the building was “founded in 1833” and first housed Agra Bank. The building got its present name when “the government occupied a large portion of it for its Currency Department in 1886 from the Agra Bank Limited”.

Currency Building had been in use till 1994. The central public works department (CPWD), which was in charge of the building, started demolishing the structure in 1996.

In the book White and Black, Soumitra Das writes that the destruction was stopped after the Calcutta Municipal Corporation (CMC) and Intach (Indian National Trust for Art and Cultural Heritage) intervened. The ASI was given custody of the building in 2005. But the three massive central domes had been pulled down by then.

The National Gallery of Modern Art (NGMA) was supposed to take over a significant portion of the western wing to create a permanent exhibition hall. Talks are still underway on the project, sources said.

An earlier plan to build a glass roof over an open area where a dome once stood overhead was scrapped. Instead, the area under the dome will be used for open-air programmes. Sensor doors have been installed to separate the central portion from the corridors next to it.

“We have polished the doors and windows of the western wing. The façade is also getting a fresh coat of white paint,” said an ASI official.

Union textiles minister Smriti Irani is scheduled to attend the inauguration of the exhibition on Monday.