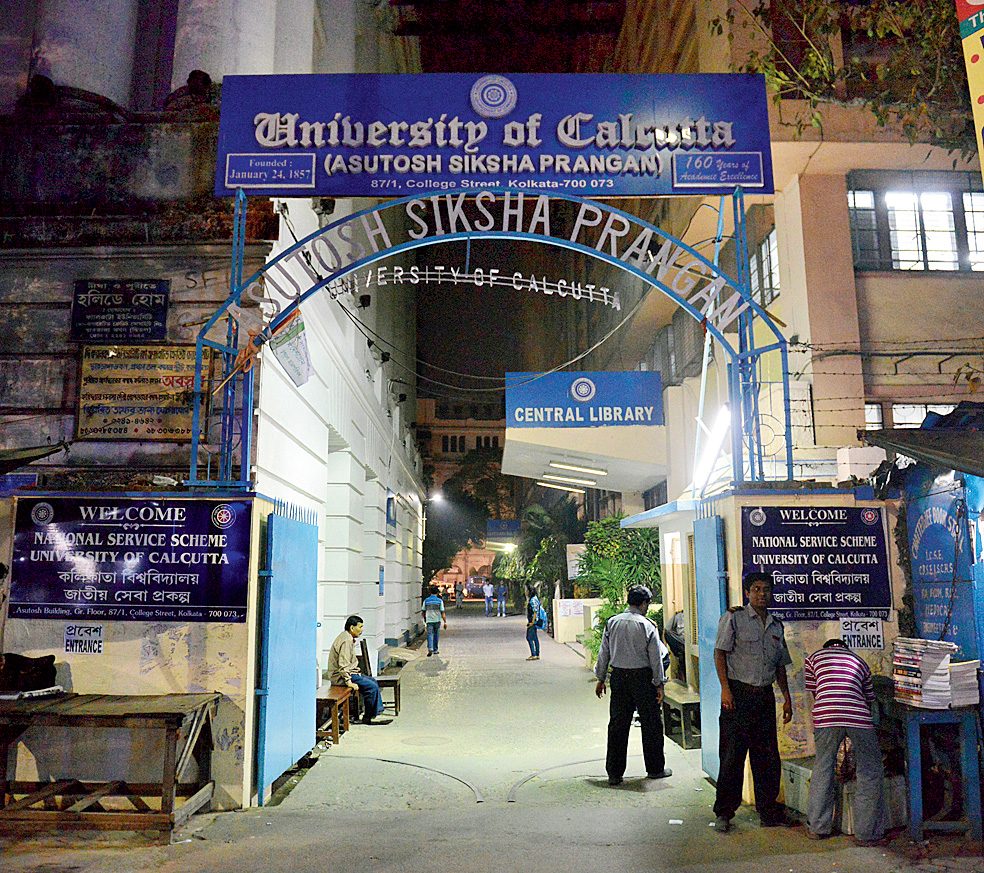 Calcutta University will start the process of conducting semester examinations for its BA and BSc courses as soon as colleges reopen after the Puja vacation and complete evaluation of answer scripts in January so that results can be declared in mid-February.

The university shared the schedule at a meeting with college principals recently and asked them to strictly adhere to the deadlines.

The semester and choice- based credit system (CBCS) in BA and BSc courses was introduced in colleges affiliated to CU from the 2018 academic session that began in July.

The colleges will have to conduct their internal exams immediately after the Puja holidays, complete the assessment and send the marks to the university by November end.

Under CBCS, 20 marks — including 10 for attendance — will be set aside for internal assessment in every honours and pass paper of the BA and BSc courses.

The written tests in the honours and pass papers from the semester exams will be held from the first week of December till December 24, when the colleges shut down for the winter recess.

The new exam norms announced by the university state that answer scripts for pass subjects will be evaluated by a teacher of the college where the student wrote the exam. The questions papers will be set by the university as before.

The college heads will have to ensure that all pass papers are evaluated by the middle of January and students’ marks sent to the university by January-end.

The university will compile the marks and declare the results by the middle of February.

College principals have been briefed in detail about the different phases of the exam schedule to rule out any delay. The University Grants Commission (UGC) guidelines clearly state that a semester should not stretch beyond six months.

Calcutta University started the session in July and, going by the UGC guidelines, should complete it by December.

“The colleges are expected to strictly follow the schedule so that we can declare the results by the second week of February,” an official of the controller of examinations said.

The semester examinations and CBCS were introduced for the BCom courses of Calcutta University in 2017.

The university, however, had failed to conduct the first semester exams of the BCom courses within six months last year. The BCom semester exams were held in January- end in violation to the UGC’s six-month norm.

“We have spelt out the details of the exam schedule in advance so that the BA and BSc exams are not similarly delayed,” the official said.

The same schedule will have to be maintained for the BCom courses as well, a CU official said.