Usually, a container with three axles is charged around Rs 330 for a single trip and vehicles with seven or more axles are charged Rs 575 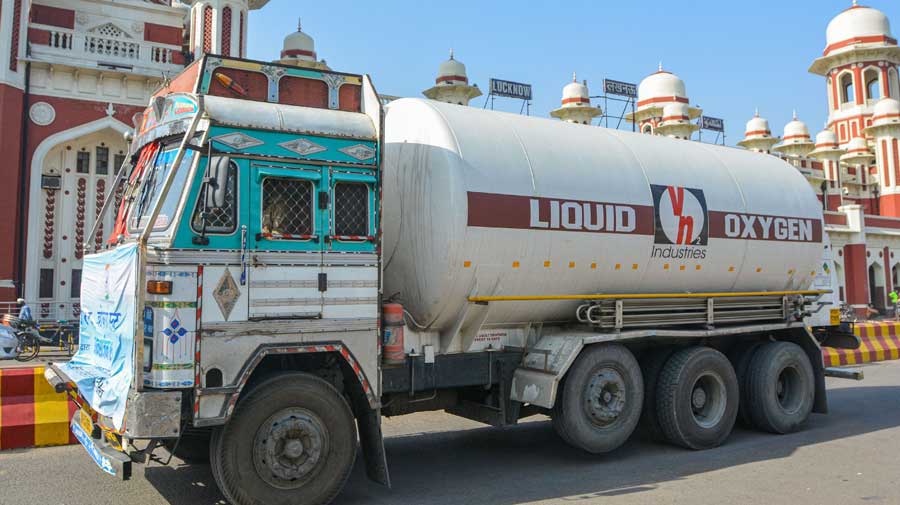 The move aims to ensure uninterrupted movement of tankers and containers with liquid medical oxygen (LMO) over national highways across the country.
Shutterstock
Subhasish Chaudhuri   |   Calcutta   |   Published 09.05.21, 01:50 AM

The Centre has announced toll or user fee exemption for tankers and containers carrying liquid medical oxygen — treating such vehicles as ambulances — for the next two months or until further orders.

The move aims to ensure uninterrupted movement of tankers and containers with liquid medical oxygen (LMO) over national highways across the country.

The ministry of road transport and highways (toll division) authorities instructed the chairman of the National Highways Authority of India (NHAI), which is responsible for the construction and management of national highways, to implement the decision with immediate effect “in the current medical crisis”.

According to NHAI fee rules, ambulances are categorised as toll-free vehicles.

Sources said that the decision has been taken following directives in this regard communicated by the ministry of home affairs on April 26.

The NHAI in turn issued instructions to its project directors and others concerned to ensure “uninterrupted passage” to tankers containers carrying the life-saving gas in compliance with the order.

NHAI’s Krishnagar project director Soutam Pal said: “We have received the order and the directive has been implemented as the need of the hour is uninterrupted supply of liquid medical oxygen.”

The decision comes at a time the second wave of Covid is raging across the country with around 3 lakh new cases being recorded every day.

On an average 3,000 Covid deaths are reported every day in India, many allegedly from lack of oxygen.

In normal times, tankers and containers, which are tagged as commercial vehicles, need to pay user fee while accessing these tolled stretches based on the tariff decided by the NHAI.

Tankers and containers are generally charged toll according to the vehicle type. A container with three axles is charged around Rs 330 for a single trip. Vehicles with seven or more axles are charged Rs 575.

Apart from 30 types of official vehicles, only ambulance and funeral vans are exempted from toll.

But now, amid the raging second wave of the pandemic, transporters and suppliers of the liquid medical oxygen have welcomed the Centre’s gesture of exempting toll.

“This new rule will help expedite the movement of oxygen-carrying vehicles, which often lose time at toll plazas,” said a tanker driver while refilling liquid medical oxygen at a private oxygen plant in Kalyani.